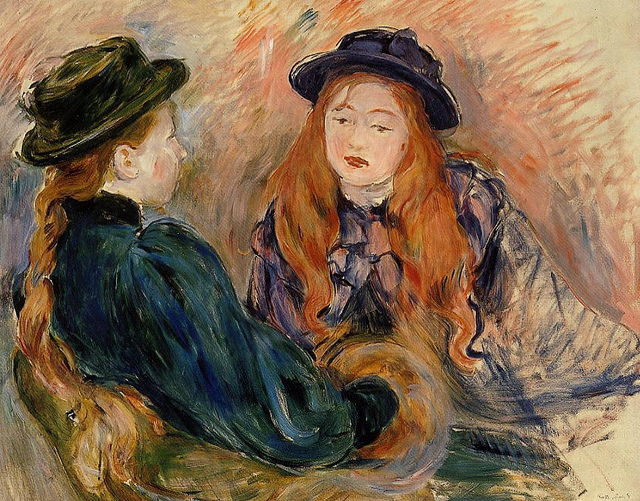 It’s time we start talking about the feelings we hide.

Strangely enough, for a society that has been criticized for not listening to each other, we also have problems speaking to one another.

In the age of advanced technology and augmented reality, we seem to have lost touch with THE rudimentary basics of communication.


But how many of us have sat in silence, sinking in our own waves of emotions, refusing to air out what bothers us?

How many of us have blanketed, “I’m fine,” over too many cases when “fine” was the furthest thing from the truth?

We surrender ourselves to distractions of all kinds, tuning into the lives of others, talking about other people’s problems, because it’ll get messy if we start looking at our own. Identifying our own problems is so painfully ugly.

It didn’t take long for me to get tired of hearing about his friend’s flawed training regiment, ego, weight problems, renting vs. buying property, week after week—it was a loop on replay. When I attempted to address our own issues, subtly, or throwing in the hardline, “We need to talk,” I was hitting a wall.

I kept trying. I gave him space. He shut down. I tried more. I shut down. Instead of open dialogue, the relationship was heavy with walls, locks, and zero security.

Things and feelings, especially difficult ones, don’t go away when we don’t address them. They compound and then they become something else, something darker, something heavier, something that will make us act out, in the worst of ways, at the worst of times. Like Hemingway said, “All things truly wicked start from an innocence.”

The last month of being together, we talked about the weather, about each other’s schedules, about what we’d like to have for dinner, about the traffic and train problems. We distracted ourselves with the two cats we had. But the more you bottle up, the more explosive the fight, and fight we did. Our last one.

Along the way, I tried many things, and learned a few more. These are what I know for sure:

I. Just say it

This is the starting point. Sounds easy, and should be. It doesn’t require technology, and won’t cost you an arm or a leg. We can have our default set to “yes.” Have our status be open. Start to vocalize what we’re thinking, and how we’re feeling.

II. Address feelings on the spot

This is about timing. Don’t allow for feelings to ruminate, build up, or they will become something else. Perception is reality. When we address feelings in real-time, there is no room for flawed memories to selectively alter what’s said or done. My ex and I have often had different narratives and accounts of the same events. Sounds ludicrous, but it’s real. Milk goes bad with time, but I dare say feelings have a shorter “best before” date.

III. Say what you mean, mean what you say

Because the reverse of this…is lying. I’ve said this to so many (too many?) partners I’ve had, so I’ve come to the conclusion that this needs to be repeated whenever it’s called for, because too many words are being said “for effect.” Too many sentences are pulled out of “polite society” or “pop culture” without being aligned to real feelings, intentions, or behaviors. Put your money where your mouth is. Paying lip service without sincerity is cheap.

Given how much we hide and keep to ourselves, it’s unreasonable to expect that we could go from zero to sixty in one shot. How could you say what you mean, when you don’t know exactly how to describe what you mean? I remember memorizing lists of rather useless vocabulary for the SAT, and hardly ever using them in real life or in writing, because “it’s better to write simply, clearly” they say. If only we learned vocabulary lists like this.

V. Paralysis is not security.

A lot of us tend to freeze in discomfort, and stagnation can often be crippling. Paralysis stems from fear, and breeds more of the same—the more numb, the more afraid, vice versa, and repeat. Things may look fine on the outside, but internally, the relationship is rotting to death. The only way out is action. The only way out is starting to say something about it, and doing something about it.

VI. Escape is not final.

But really, we don’t have to talk about anything. We can run. We can leave. We can go somewhere where our numbness vibes with others’ not caring, and leave our mess where we don’t want to discuss. But it doesn’t go away. We each mature at our own pace, and arrive at our own conclusions about the paths we take. Timing is everything.

Until we are ready to make real changes about our lives and the way we are living, we can never truly transition out of the current phase we find ourselves in. Living authentically is a life goal, one that calls for everyday honesty and moment-to-moment sincerity.

What is life but these moments? What is life if we faked it all away? What could life become, if we actually called out the moments as they are? What is really, that scary about it all?