The 5 stages of becoming a Yoga Teacher. Somewhere into my third year of yoga practice, I decided that I would take a leap into teaching yoga.

I wanted to learn more about yoga as well as my yoga practice. And so, one fateful morning, I signed up for the training program at a local yoga school. The training was part-time, the training took me one and a half years to complete. Those 18 months taught me lifelong lessons about the practice of yoga. It was what I learned and experienced after becoming a yoga teacher that had a greater impact on me.

Right smack at the beginning of my training, I realized how much I had to unlearn and then re-learn. So much of what I thought I knew suddenly became myths or only half-truths. I felt humbled. Was I really ready to be a teacher? I became overwhelmed when faced with so much information before me: the anatomy of the human body, the correct alignment, the yoga sutras, bandhas. There was so much that I didn’t know. So much that I was doing wrong. I learned to leave my ego and arrogance at the door. Here, at the beginning of my journey into teaching yoga, I finally found humility.

Once I learned as much as I could, it was time to teach others. The first day that I taught a class, all I could think of was the fear of being deemed not good enough. Would my fellow students understand me? Would they also leave their ego at the door and accept what I taught with an open mind?

As my first hour of my first class ended, I remember heaving a big sigh of relief. It was one thing to learn and another to impart knowledge. As a yoga teacher, the burden is heavy. I wanted to teach the right way in a safe environment. But I also had to balance what I wanted to teach with what my students expected me to teach.

Once I started teaching and found a rhythm, I decided to try organizing a retreat. I had always dreamed of taking my students on a retreat in an exotic location away from the hustle and bustle of everyday life. I had it all thought out, the location, the itinerary and the travel details. But there were so many hiccups along the way that made my dream retreat become somewhat of a nightmare.

Did I manage to do my own retreat? Unfortunately not.

But I recently came across valuable information on how to organize a yoga retreat, which would have made it easier for me back then when information was scarce. Alas, the time wasn’t right. Perhaps I wasn’t as ready as I thought.

Shortly after failing to organize my dream retreat, my yoga practice took a turn for the worse. No matter what I did, I couldn’t find the motivation to practice, much less teach. I was lost in a world of disillusionment. It seemed to me that my practice hadn’t moved forward even though I had put so much effort into it. They say that yoga is about the progress, not the result. But, as human nature would have it, I needed achievements. I needed to reach my goals in achieving asanas—and when I couldn’t, I couldn’t see the point of continuing. What is practice with no progress? If I couldn’t progress, what right do I have to demand progress off my students?

Stage five: Step away and then step back again.

I took some time off of teaching to really find my practice again. In the eight limbs of yoga, there is a phrase that has stayed with me—svadhyaya, which means self-study. Among other things it means to reflect on the self. I looked back at myself, my practice and my teaching. How far have I come? How far have I fallen behind? And most importantly, how do I move forward from here?

My teacher once told me that progress is progress, no matter how small. We sometimes can’t see it because we need grand gestures of change. I stepped away from the mat and looked inward. I realized then that ego has brought me to this point. I had once again filled myself with the arrogance that I had when I first learned to teach yoga, so many years ago. My ego demanded that I achieve asana after asana. It demanded that I find fulfillment in my achievement instead of just being.

I learned to be humble again. To be okay with not being able to do a handstand. To accept that progress is not just in asana, it is also in learning to self-reflect. To understand even though I’m a yoga teacher, I will always be a student first.

With this new understanding, I stepped back on my mat. It felt like home again.
~ 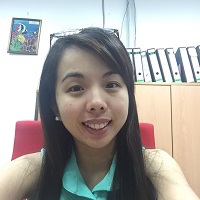