The Myth of Security—Why we need to be Educated for a Life, not Qualified for a Job. 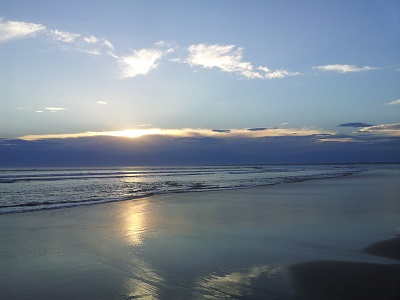 I recently had the following exchange with a student. She wrote:

Good morning Karl, how are you? Fantastic I hope. I was wondering if I could ask for some of your wisdom regarding school.

I really want to keep studying and I really want sociology to be a big part of my study because that’s what inspires me and keeps me intrigued and interested. Do you know if community development would be better than social work in the sense that A) it involves more sociology units and B) because the work that you do deals more with the bigger picture rather than the individual?

The reason I don’t want to spend another three years gaining a social work qualification is because I know I would burn out sitting on the a** end of society with a safety net catching the individuals and families that society has isolated and neglected. Then function in a rehabilitation like role to make them function in a society that aided in their demise in the first place.

In short I think I need to do something that looks at the picture from the outside in rather than the inside out.

I could do the Bachelor of Arts and major in sociology but then I have that whole “what qualification will I have at the end” dialog occurring.

What would you suggest for an indecisive student who loves sociology like me? Any feedback would be really appreciated at this point of “um and ahhh.”

Hi M, yes I am fantastic. You’re making me break silence in a yoga retreat, though. Go on, twist my arm.

I understand your concerns about social work, and fully concur. If you have any doubts, pop into a good book shop, go to the self help section, find a bright yellow book named Fuck Feelings, and read pp. 141-141 about the horrors of social work. But please don’t tell [my lovely colleagues in social work] that Grace I said so.

I think community development would be a much better program. Go see N about it and tell her what you’ve asked me. You can tell her I sent you. Don’t hesitate to put this problem to A either. Which is leading me to a defence of the plain old BA that “doesn’t qualify you for anything”—except to have a better understanding and clearer view of the many ways that our society is fucked up, and a better overview of the risks of trying to fix it.

Both A and N, like me, chose that path. None of us would say it was easy, but neither is being qualified in an overly bureaucratic field where all of your career choices and efforts are shaped by the whims of the elected politicians who don’t think we should waste money trying to help each other.

In short, getting qualified in something particular may open some doors but it closes all of the others.

Becoming educated, in contrast, might open more opportunities to make your own way. After a BA studying what you love, you can always do a Graduate Diploma or Masters in something that might lead to a more formal career path, if that’s what you hanker for (but I doubt that’s really what you’re after).

Three hours later, I replied to her thanks with:

Now it’s my turn to express gratitude. My last sitting meditation was made much more pleasant by the mantra your question inspired. Pink Floyd serenaded me:

A walk on part in the war

For a lead role in a cage?

Something to think about.

After that, my day got really interesting, although the subsequent “meditations” were in fact more like prolonged contemplations of her question, my answer, and what else this song, “Wish You Were Here” has to say about it.

Swimming in a fish bowl

Running over the same old ground

What have you found

How many people are stuck in the fish bowl of a “career path” because they’re too afraid to leap into the ocean in pursuit of a life that they might love?

Of course the ocean is full of lurking dangers. It’s far more terrifying than a fish bowl. But so are roller coasters, scuba diving, bungee jumping and many of the other ways that we find thrills during our weekends and brief vacations, as we attempt to relieve stress and replenish before returning to run over the same old ground, to face the same old familiar, comforting fears.

But there is way too much emphasis on getting qualified for a job, rather than educated for a life.

Far too many young people are being steered into professional degrees and career paths, funnelled into fish bowls, with the carrots of bling and material “security” dangled in front of them to distract them from the painful fact that running over the same old ground, running from the same old fears, is soul destroying.

The worst bit of this story, though, is that the same forces promoting the “security” of professional qualifications are doing their utmost to ensure that there is no security on any path today—certainly not in any of the caring professions. Pink Floyd described that too here.

To end on a positive note, though, the yogic path, like the Buddhist path, teaches us that the attempt to overcome our fears, the clinging to the dream of “security,” is the root of our suffering. Let it go and free yourself to enjoy the thrilling terror that is this ocean of life.