The One Thing I Never Imagined Teaching my White Son. 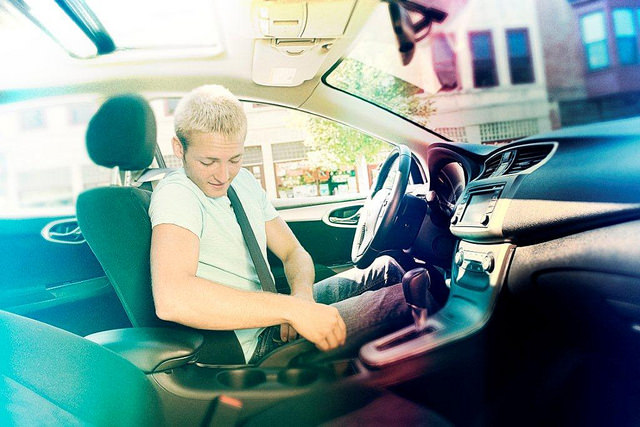 “I knew he would pull me over before I saw the blue lights flash behind me. I’m a young black man in a big SUV with tinted windows, in a white neighborhood…”

I listened to the author next to me as he read an excerpt to our writers’ circle.

“I kept my hands on the wheel at ten and two. I looked him in the eye, glancing only for a second at his hand on his weapon. I spoke softly. I said, ‘yes, sir and no, sir.’ I told him, ‘I don’t have any weapons. I’m going to reach into my back pocket for my wallet now,’ before slowly removing my hand from the steering wheel…”

I fought back tears. This beautiful soul next to me carried so much pain. You could hear it in his gentle voice as he shared his story with us.

“I knew how to speak to the police. I knew not to make any sudden movements. I knew I had to keep my hands where he could see them. I knew how to stay alive that day. I knew these things because my father taught them to me when he taught me how to drive.”

The words punched me right in the gut.

My son was 15 years old. I had taught him to use a turn signal, to check his mirrors before changing lanes, and how to parallel park on a busy street. I taught him about street signs, and the lines on the pavement, and how to merge onto the interstate. I taught him to park in well-lit areas at night, to keep his doors locked, and how to change a tire. It never occurred to me that I should teach him how to stay alive during a routine traffic stop.

My son is white. I am white. That is why it never occurred to me.

It never crossed my mind that the local police would harm my child. We live in a little affluent bubble where nothing bad ever happens, and that is why it was so shocking for me to think that this man sitting next to me should ever have to worry about such a thing.

As a mother, I cannot fathom that kind of burden. The constant worry that my son could be taken from me by the people whose job it is to serve and protect him—to protect and serve us.

Isn’t that what we call it now—when someone harms another human being because of the color of their skin, or their sexual orientation, or religious beliefs?

Yes. A hate crime. That’s what it’s called when that happens, no matter the job title of the person inflicting harm on another human being. It’s called that because that is the root cause of such a crime.

When will we say that enough is enough? How much hate, fear, and ignorance can we tolerate? How many lives must be lost before we finally say as a collective body that no more young black men can be senselessly killed by our law enforcement without consequences?

I am a middle aged, suburban, Caucasian woman and I am angry.

I am angry that this is still happening in this country. I’m angry to know that there are mothers losing their sons. I’m angry that my friends and neighbors have to teach their sons to fear the police because of the color of their skin. I’m angry that we are allowing hate, fear and ignorance to win.

I’m angry, and I’m so sad. I’m sad that beautiful souls like Xavier have stories like his to share. I’m sad that we haven’t evolved more than this as a species. I’m sad that people aren’t being held accountable for violence they are inflicting on innocent people because they wear a badge.

I’m sad that innocent police officers are losing their lives because of the actions of a few.

I wish I had a solution for all of the violence and pain in the world. I wish there was an easy fix, or an obvious answer. The best I can do today, is to say that this is absolutely not okay. As a human race, we can do better.

We have a responsibility to stand up for what is right, no matter how much melanin we carry in our skin.

As long as this violence continues, we are still divided by color, race, pigment. We’re allowing superficial judgements and archaic ideas to keep us weak, divided, angry, and fearful. We can do better—we have to.

No, I didn’t have to teach my child how to interact with the police. But, I have taught him to be kind. To love all people, to be open minded, and to stand up for what is right. It is my hope and prayer that his generation will be the one that turns things around for this country. That they will begin the healing process for generations to follow. And, his children and their children will never know what it’s like to feel this kind of pain in the world.