The Yoga of Singing. 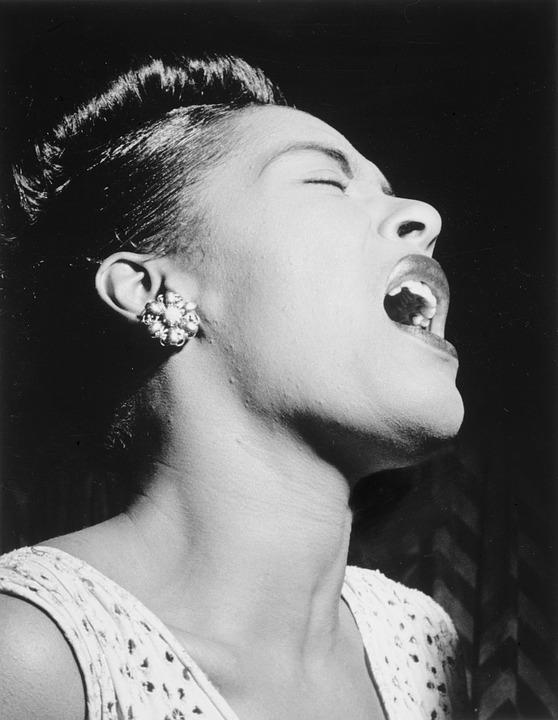 In 1989, while home from college for the summer, I won a role in a one-act play opposite a fellow in his 20s named Dave Matthews—the same Dave Matthews who would go on to become a world-famous recording artist.

Oh, he was wonderful in every way, if about a thousand miles out of my league as a potential romantic interest. And I also had a boyfriend, but that’s another story.

One day, we rehearsed in a park. The director told us to sprint down a grassy hill whilst singing our lines operatically.  Dave and my other co-star went first: a rippingly funny sprint-and-tumble coloratura-soprano duet. When it was my turn, my face turned hot and red and I giggled and cringed and said, “ohmigod I can’t do thaaaat!”

If I had been able to follow my co-performers’ grand showing with my own trilling, thrilling joke-aria, would Dave have been impressed? Perhaps. But, I blew it. No amount of persuasion could get me to open up and let ‘er rip.

The following year, having worked hard at voice lessons as part of my theater major, I would have to sing a song, in Italian, on stage, in front of all the voice teachers and students, standing there with one hand on the motherf*cking piano.

And on that day—I would stand there with one hand on the piano, I would open my mouth, and nothing would come out. Not a note, not a screech nor a squawk. Something was wrapped around my throat, stuffed in my throat, clogging my throat.

My teacher would pass me out of pity and I would give up on singing.

I still feel that thing in my throat, more than two decades later.

Voice teacher and hatha yoga teacher Agatha Carubia walks into our tea date in yoga clothes and mala beads. She is warm, sweet, beautiful (a corona of white curls, olive skin, nearly black eyes), and smaller and curvier than I expected from her book jacket photo.

We sip thick ayurvedic concoctions made with turmeric and coconut milk and other good things, and she tells me about herself in a comfortingly soft Noo Yawk accent.

She studied at Juilliard, tried her hand at performing, and then recognized that her true gifts came through teaching. She developed Heart-Based Singing, a distillation of classical vocal technique and the chakra system. She’s taught yoga teachers who want to chant and speak beautifully; classical singers (including her son, a celebrated opera singer); pop singers (including a young Katy Perry); and now, me.

She offers a free lesson—research purposes for an article I’m to write for our local paper about her book signing—and I take her up on it. I show up purposely late, just by a few minutes. I know she’s going to make me sing, because that’s what people do at voice lessons, and I am terrified.

What if I sing off-key, or my voice breaks? What if my voice is too strident, too deep, too much?

As we sit on the floor in her living room, face to face, Agatha says, “We can be our own sound healers.” She says we will just make some sounds. No big deal.

We rub our sinuses and play around with opening our nasal pharynxes and raising and dropping our soft palates. She sings combinations of notes and I repeat them.

She has to remind me over and over to not take too deep a breath or brace my body before making a sound. Every time I forget, I feel my voice honk in flats and sharps through a layer of tension. When I follow all her instructions, my whole skull vibrates and my throat starts to let go.

We talk about the chakras. This is Agatha’s thing: linking a deep understanding of the role of the chakras in producing sound with her classical education in Bel Canto vocal technique.

We start with grounding in the earth through the first chakra. “Delegate your breathing to the center of the earth,” she says.

The second chakra, she says, is a “river flowing forward.” The core of the pelvis, she says, is the focal point for breath support in singing.

The third. “Ribs open. A cauldron where a fire burns.”

The fourth. The heart. “The center of pure joy and expression.”

The fifth. The throat. Where I feel strangled. “Here, just an element of space. When you sing, you’re hardly using the throat. Just let it be spacious.”

The sixth: the third eye, linking into all the hard and soft palate gymnastics we’ve been doing. “This is the focal point for vibration,” she tells me. “This is the ‘resonator’ common to all classical voice training.”

As I make more sounds, I begin to feel my third eye involuting, vibrating.

The seventh: the crown. Easing open like a cervix making way for a baby.

This is every bit a yoga practice. The more I focus on the chakras and their sensations, the less I bear down and choke my own voice. And although I can’t exactly hear myself, I think I make some sounds that are pleasing. Singer-ly.

Finishing up our lesson, we talk. Agatha’s eyes brim with tears as she expresses gratitude for the path that has chosen her: helping people recognize and use singing as a healing modality; applying her experience as a singer and teacher of singers to support people like me in full-throated sound expression.

“Singing is the best way to move energy,” she says.

I know why I want so badly to sing. It isn’t just about singing. It’s about speaking my mind.

There are many true things (true to me, anyhow) that I have not said because I was afraid to offend, to make enemies, to burn bridges.

Now that I’m in midlife, having studied, learned, related, knuckled under, and failed abundantly, it’s time for me to either say what is true in this hard-earned wisdom…or to swallow, and swallow, and shuffle off this mortal coil still swallowing.

I think the pull of singing yoga is less about wanting virtuosity than it is about unlocking, unclogging the throat-channel from which the truth can flow. It is about connecting that channel to earth, sex, belly, heart, and head.

My voice carries my gifts and I have to stop shutting up.

I may as well make a beautiful sound while doing it. 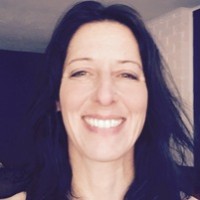