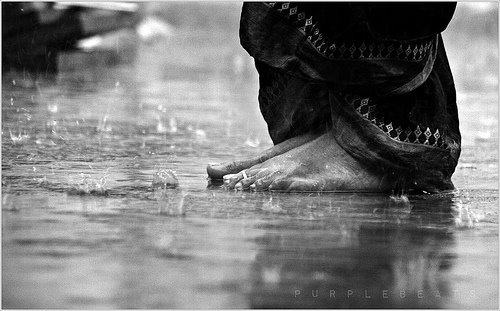 When I first learned to garden over 40 years ago, it was by the organic method.

It felt right and natural, to have the standard of not using commercial fertilizers or non-organic insect sprays. Having good, clean vegetables was so logical, and keeping the earth free of poisons was a no-brainer.

After all, who am I to put poisons on our Mother? At times I found out I might lose a crop due to bugs or fungus, but as the gardens became healthier and stronger the pests became less of a problem.

From the first time I gardened I enjoyed everything about the process. Turning the soil, making compost, gathering leaves and grass clippings for mulch, planting, harvesting, preparing and eating and sharing the harvests. Going on manure runs to a horse or cow barn became a highlight of those earlier years, and it remains a sacred interaction with the animals and the earth.

Around the same time I learned gardening, I began my first readings of spiritual matters and met my first sannyasin. A sannyasin is a person who seeks perfection by doing his best in whatever he is engaged. The one I met was an Ananda Marga monk from a Scandinavian country. He was a young man in his 20s who had gone to India and became initiated in the Ananda Marga tradition.

He began traveling and bringing to others what he had learned about yoga, meditation and the Ananda Marga philosophy of doing good in the world. I was impressed that in the back hill country of Arkansas this monk came to visit our hippie commune and we were able to meet. Although our meetings were few what he taught was meaningful since it coincided with my own personal and spiritual study beginning to percolate in me. Our meetings also led me to begin my first meditation practice, which has since gone through many shifts with other teachers and teachings.

There is an appreciation in me it has been maintained and matured.

Spiritual practices, along with organic gardening have become intimate parts of my life: personal, deep in the core of who I am. They have intermeshed without my conscious intention—in me and outside of me.

Sometimes after spending time in the garden, I get cleaned up and go sit quietly, clearing my mind of some of the distractions of the world. As I set, my eyes closed, I frequently see before my mind’s eye the plants in my garden. It is always a sweet surprise to have the plants I’ve tended with me, their impression left indelibly on some level of my being. How enjoyable, observing them within!

Over the years, recognizing the connection between my proclivity for gardening, meditation and prayer, I’ve made sure to set stumps or rocks, sometimes a chair, for garden sitting. Sitting peacefully, harmoniously converged with the garden, has become one of the consistently pleasurable experiences of my life.

How simple life could be if our culture allowed and promoted everyone to spend more time with the natural cycles of life, instead of being so caught up with the materialistic go shopping, mall world. I have personally seen how allowing this organic time for myself has brought revelations.

One day many, many years ago, while walking contemplatively through the garden, hoe over my shoulder, I became aware in a new way that what I was doing was one of the most basic activities of humanity: helping grow food. Although I had this thought previously, the awareness came to me this time as a feeling. I felt in harmony with every human that has ever tilled the soil. I pictured, as I walked, an old black farmer. He seemed ancient, prehistoric, and I felt him imposed on my being.

In that moment there was a realization that my connection with the earth was much more intimate than what had previously been felt. I felt the earth was who I was—I was the earth, my being literally coming out of the earth. Mother that she is, and that part of my work in life is to take care of her, grow food with her and take care of her as honorably as possible.

My belief: We have to pay attention to our intimate connection with the earth. Many have written about this but the actual living it—taking the connection to the feeling and doing level is something deep and essential. Harmonizing our lives with the earth—the cycles of the seasons, the stars, the cosmos—is part our human work. These closest of harmonies have to be found within ourselves, with our families, friends and communities, sharing in this work together.

There’s a chant I used to share with friends and sometimes do in the garden on own: “The earth is our Mother, we must take care of her.”

Teach this to our children, and we can put away the guns. 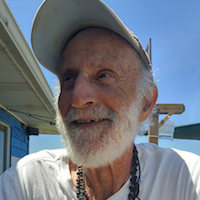