Instead of Sabotaging another Relationship, here’s how to Run into your Fear. 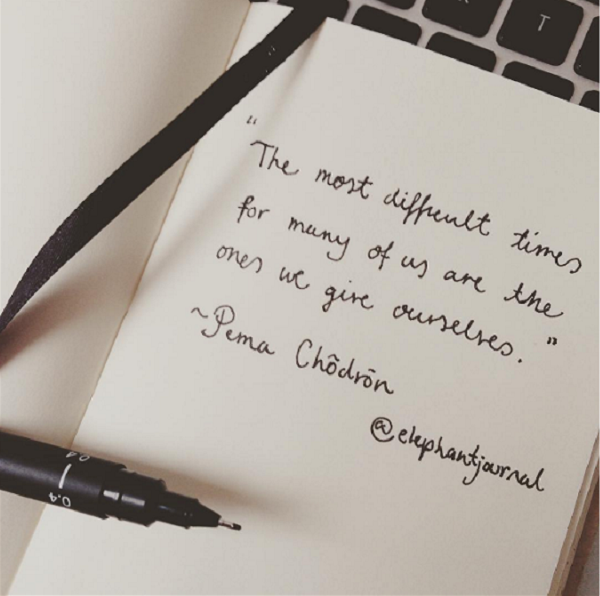 Like many people, I’ve made a lot of mistakes in the love and relationship department.

Once, many years ago, I fell hard and fast for a man.

He was smart, funny, handsome, creative, and attentive. And, the chemistry between us was so intense, it was like fireworks on top of fireworks. He wasn’t just good-looking, he was positively dreamy, and I thought he was way out of my league.

I thought I was in love. But deep down, I was holding back. I started to tell myself that the timing wasn’t right, that I wasn’t ready for a relationship—or maybe it was him who wasn’t ready.

But the truth is that I was afraid. And not just afraid; I was terrified. I was scared that he didn’t like me as much as I liked him, and that made me feel even more vulnerable. I was sure I’d be emotionally devastated if things went wrong between us.

So I sabotaged things and ran from a relationship that could have become something special.

I will never know, because I let my fear rule.

I remember recognizing myself in this line from Leonard Cohen’s hauntingly beautiful song, Hallelujah: “But all I’ve ever learned from love was how to shoot somebody who outdrew you.”

I beat myself up about running away from that relationship for longer than I care to admit. Because even though I felt like I’d glimpsed a possible future that was filled with all the things I’d wanted, I bailed anyway.

I still carried a lot of guilt from past relationship mistakes, so I didn’t feel worthy of the kind of love I craved. I wasn’t ready for it when it presented itself, because I had more work to do: more healing, more work on changing unhealthy patterns, and ultimately, learning to forgive myself.

I had chosen the most familiar path to me—the path of yearning and remorse—rather than the path of living fully. I chose it because it was safe, even if it was painful.

At a certain point, I realized that the story I had spun about past hurts, and the guilt I held so close, was keeping me stuck. Ultimately, I had to question whether that story was true. I had to confront myself and take the most objective, non-reactive look at the facts as I could—the good stuff and the not-so-pretty.

Was this scary? Extremely. The sense of frozen apprehension I felt at the thought of looking at my “mistakes”—or, more accurately, the distractions I had created—was nothing compared to what I felt when I finally took an honest and unflinching look at myself. That fear showed up as a knee-wobbling, stomach-churning feeling every time I took a step forward. Events that I now know were “opportunities for growth.” These included a time when I broke up with someone I loved, who loved me too, because we wanted different things; another time when I saw clearly how my attitude toward money was intertwined with my relationship with my parents; a time when I confronted people I cared about who had lied to me. And, times when I apologized, from the heart, to those I had hurt.

Ultimately, I chose to learn from my past. I didn’t want to sabotage any more relationships. I became mindful of my patterns of grasping and running, and paid close attention to how I felt when faced with something I was afraid to do.

How did I do it? I got good therapy. I practiced what I knew. I trusted the process. I forgave. I surrendered (some) control.

I came to recognize that the sensations I experience in my body when I feel fear—pounding heart, shallow breathing, impulse to flee—are the same ones I experience when I am presented with an opportunity for growth.

When these feelings come up, my first instinct, like most people, is to turn and run in the opposite direction. I did just that for years, and then I’d sit around wondering why my life never changed.

As time went on, I began to realize that I’d experience that fight-or-flight sensation every time I was about to do something I had been working really hard to bring to fruition. Or, when something I wanted to happen, like a new relationship, looked like it was finally going to come through.

Our brains have a negativity bias, and we’re hardwired toward pessimism. Our ancestors stayed alive because they not only ran from snakes, but also from sticks that looked like snakes. So our natural instinct is to run away from the things that scare us. But in modern life, many of our fears are based on nothing but instinct, not facts, and most of them never come to pass.

All that goes a long way to explain why, at the moment I’m on the threshold of something I really, really want, I feel that instinct to cut and run.

About six years after my ill-fated relationship, I had another chance at love. I was still scared, even though the circumstances were different and I felt more “ready.” But I had become self-aware enough to recognize my fear for what it was. And this time, I didn’t let it make the decision for me. I still felt it, but I realized that having this experience meant more to me than staying “safe.”

“I have to walk toward this,” I thought. And I did.

Was it hard? Absolutely. But it didn’t kill me or even wound me. In fact, the fear lessened as soon as I made the decision to move through it.

That man and I are still in a deeply committed partnership, and we have a beautiful daughter together. He teaches me, on an almost daily basis, what love really means. It isn’t always about fireworks (although those are nice, too). It’s more often about showing up, even when it’s hard.

Proving to myself that I could “feel the fear and do it anyway” is an experience I will never forget, and one that serves me to this day. Once I broke through the fear, I knew I didn’t have to let it rule any longer.

Growth opportunities continue to present themselves, as I dare to dream big dreams for my life and my business, and take one step after another—even though I can’t see all the way down the road. Do those feelings of terror still come up? Yes—every single time. But now I know that they signal a chance to engage with life on a more profound level.

So I take a deep breath and keep walking, moving through my fear, instead of letting it stop me in my tracks. 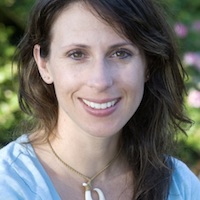