Taking a Leap: What the Olympics Taught Me & My Son About Health & Healing. 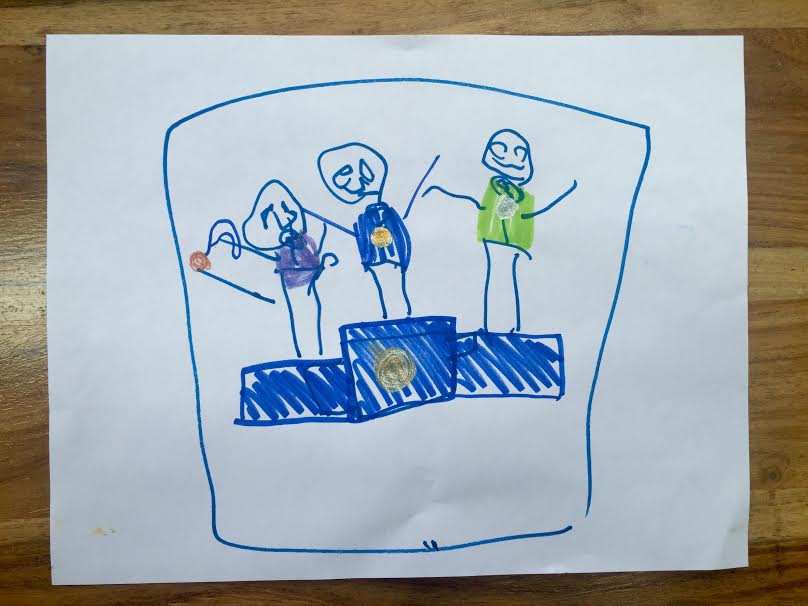 Watching my son watch the Olympics these past few weeks has been sheer bliss, and it has fundamentally changed my understanding of raw, physical activity as a healer.

In spite of being a personal trainer, I’ve never been all that excited about professional sports. I’ve always favored quiet, solitary acts of walking, hiking, or yoga.

Professionally, I much prefer working one-on-one with clients in my home gym, because it allows me to focus specifically on their needs, rather than teaching a fitness class to folks who need and deserve individual attention to function at their best.

But this year, while watching my son be captivated by the Olympics, full of questions about what the athletes were doing—who won, who fell down and got back up, and which country every, single participant was from—everything changed.

I paid attention in a new way. He was transfixed, and because of him, so was I. I was able to recognize, for the first time, the power of what he was seeing in the Olympic games. He was seeing sportsmanship, common cause between nations, fierce dedication to practice and a willingness to fail, triumph, and experience heartbreak. He was seeing appreciation for bodies at their strongest and most powerful.

My little man is a cautious kid. At nearly five years old, he will not jump off the edge of a pool into my open arms. He won’t go down a set of stairs without holding someone’s hand or clinging to the railing for dear life. Watching him tiptoe through the world the past four years has been a comedy of errors. My heart aches to push him forward, but my head pulls me back, knowing that when I do push, he collapses into a state of panic and withdraws completely.

I have to allow him to find his own way, just as I found mine. I signed him up for swimming and gymnastics this summer in an attempt to coax him into his body—to boost his confidence in his ability to move, balance, and recover. The Olympics weren’t on my mind at all, but the timing couldn’t have been more fortuitous.

As he watched the TV with rapt attention, my son saw what the human body is capable of. Even better, he saw what the human race is capable of when kindness, respect, and healthy competition are encouraged. And I saw it too, with fresh eyes. So when I set out on my own hikes this week or when I held a challenging yoga pose just a little bit longer, I have been acutely aware of the muscles in my arms and legs doing their jobs—the same human arms and legs that carried those Olympic athletes through super-human acrobatics on an international stage.

And as I walk through my days, I’m aware that the hate speech and violence so prevalent in our culture doesn’t have to have as much power as it might seem. There’s a whole lot of bad in the world, a whole lot to be scared of. But there is a whole lot of healing too, a lot to be proud of, and an infinite number of reasons to believe that our bodies, our friends, and even our fiercest competitors will be there to catch us if and when we fall.

“Watch, Mama,” my son said this morning, as he inched his way toward the edge of our six-inch front stoop. “Watch me jump!” And then he did, leaping with both feet; a radical act of daring beginning a new chapter for him—and for me.

I’m not the Only One who Cries over the Olympics. 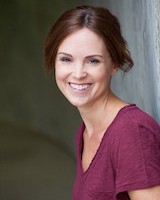