Tales of an Asexual: Finding Color in the Black & White. 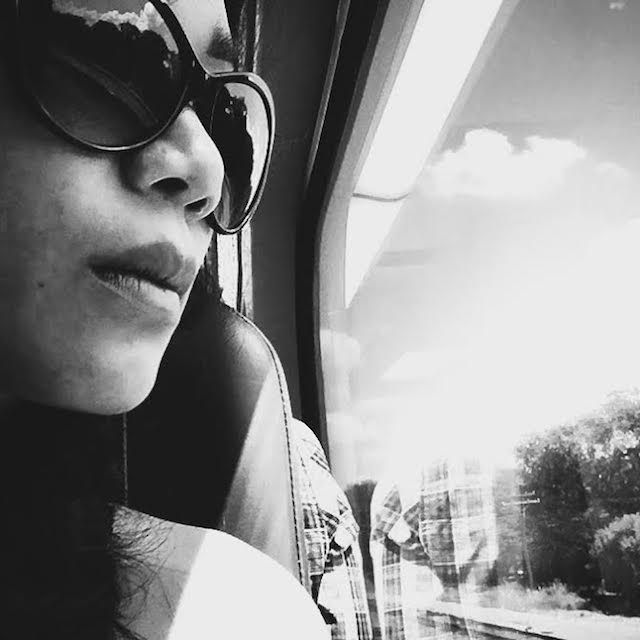 I thought I was the only one who never experienced sexual attraction.

I spent a lot of my formative years trying to “fit in” with my peers by doing as I was told and acting the way I thought I should. Maybe I was a late bloomer, engaging in activity just to please others or feel normal.

I spent years—okay, 31 to be exact—wondering if there was something wrong with me. I knew I was different. Growing up, I was attracted to boys in the way some may call “boy crazy.” I wasn’t allowed to date or have a boyfriend throughout middle school or high school, but that didn’t stop me from communicating with my crushes. Looking back, I just wanted affection.

I grew up thinking that this was what people were supposed to do: start dating a guy I found attractive, become exclusive, and then go through the on-again/off-again drama while passing time. As I matured, the drama and excitement shifted into wondering if I could see myself with another person for the rest of my life.

Engaging in kissing and sexual activity were my way of compromising for the sake of the relationship.

In college, I had a few experiences. I thought it was normal, a girl not being completely comfortable with sex. Sure, I found men attractive; I had no idea that I wasn’t necessarily sexually attracted to them. When I began dating someone, I’d introduce him to my friends. My girlfriends and I would discuss sexual escapades and, while I had my own experiences, I was less enthusiastic about sharing them.

When I started dating in college, I wasn’t looking to have sex. The urges never came. I had sex, which left me unfulfilled. I would think to myself, Not only did I share my body with this person, I’m not even sexually attracted to him, I experienced zero pleasure and, in fact, it was an uncomfortable experience.

For a while, I entertained the thought that I was asexual. I remember telling my closest girlfriends that I thought I was; however, I had never heard of anyone else identifying with it. I disregarded the idea after a while, because I still desired romantic relationship and companionship. (Asexuals, I later learned, may enjoy romantic relationships without the sexual activity.)

After I graduated college, I started dating a wonderful man, whom I would later marry. I thought, I can do this! He’s a great partner.

We had a wonderful marriage for six years. We spent much of our time together, entertaining and trying to create a close-knit environment for our friends and family.

I’m not one to discuss my sex life with others, but I realized a few years ago that ours was different from other couples’. A friend informed me that she and her husband were going through a sexual drought, with sex occurring only twice a week, down from four to five times per week. I was shocked. This was far more frequent than ours. She even informed me that one of her friends has sex twice per day with her partner.

I didn’t feel like having sex. Ever. Furthermore, I never experienced sexual attraction.

Because I had no idea that there is a difference between romantic attraction and sexual attraction, I didn’t spend too much time trying to find a scientific explanation for my disinterest in sex.

A couple of years ago, I overheard someone on the television describe himself as “asexual.” This was the first time I heard the term used—and others were identifying with it. I said to my ex:

“It exists. Wow. I thought I was the only one.”

My husband and I ended our six-year marriage. I wasn’t being fair to him. He never once expressed resentment toward me for my disinterest in sex, but I felt so guilty that he wanted more than I was capable of giving him.

I started wondering if I viewed sex differently than others—if I truly identified with asexuality. I wondered if I would forever be asexual, and if I would ever become involved in another sexual relationship.

Along my quest for self-discovery, I found that the term “asexuality” is a loaded descriptor. Research shows that, while individuals know whether they are homosexual or heterosexual prior to adolescence, it is unclear when individuals define themselves as “asexual.” I fit the bill for falling along the asexuality spectrum, which is extremely fluid. Asexuals do not necessarily abstain from having sex, though they may have little or no interest in having it [1]. Some asexuals desire romantic relationships, while some do not. I fell into the category of wanting a romantic relationship but not wanting to have sex or children.

Because there is an asexuality spectrum, individuals who fall along the spectrum are not necessarily defined by the term forever.

Asexuals can be romantically attracted to others or not (aromantic). Asexuality is an issue of attraction rather than behavior. For instance, an asexual may or may not be sexually active. In fact, some asexuals may even be promiscuous; they simply lack sexual attraction toward another being. Asexuals may still identify as heterosexual, lesbian, gay, bisexual and queer (romantically and emotionally) [2]. Because there is a spectrum within asexuality, levels of arousal are different between individuals, with some able to engage in sexual intercourse and others unable to become sexually aroused. Though the inability to become aroused may seem like a disorder, asexuality is not a disorder. This is further clarified in the DSM-V [3].

Within the asexuality spectrum, there is the “asexual umbrella,” which is represented by the gray line on the flag and encompasses gray-asexuals and demisexuals [4]. Gray-asexuals feel little sexual attraction to others, falling within the gray area between sexual and asexual, sometimes maybe only having one object of interest in a period of years [5]. Demisexuals, on the other hand, are only attracted to someone once a close emotional bond has formed [6]. It is highly likely that demisexuals go through their lives thinking that they are asexuals—until they meet that one person with whom there is finally a sexual attraction.

Beyond Black and White.

I’ve learned quite a bit about myself over time: how I tick, what excites and fulfills me, the difference between my wants and my needs, and what I truly love. Setting aside all definitions—sexual versus asexual, sexual versus romantic preferences, and gender preferences—I learned that I am not alone.

On a much larger scale, this reminds me just how fascinating human beings and our ability to form connections are. Life is about connections—not a particular sexual (or asexual) orientation or preference (or lack thereof). 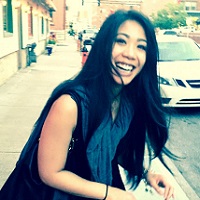