The Tinder Trials: Is Online Dating Worth It? 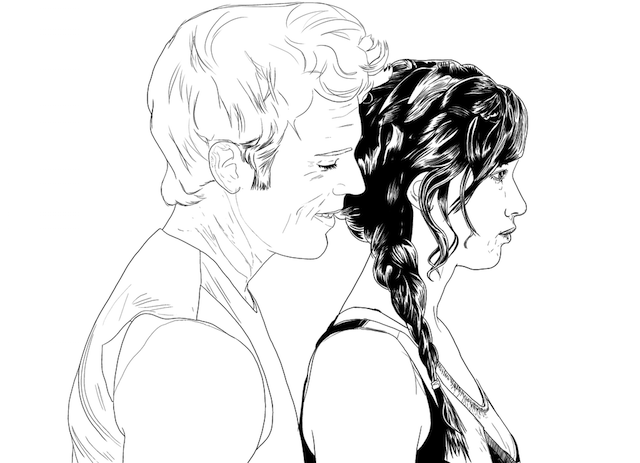 Dating can change a lot in a decade.

I’m a divorced, 34-year-old woman with kids. The last time I dated there was no texting, and social media wasn’t really a thing.

Dating went like this: you met someone, they asked for your number, they had to call you on the phone, and you went out on a date. Eventually, you had a conversation about your relationship status, and you proceeded from there. Sometimes it was just as simple as hearing the other person refer to you as their “girlfriend” (or boyfriend).

After my decade-long marriage ended, I found out quickly how much the dating world had changed. Nowadays it has its own universe with its own language, patterns, and people. I tried meeting people IRL (you know: in real life) first. I gave it six months.

Nothing. Nada! I did not get asked out on one date or meet one person who expressed any interest at all.

My schedule mostly revolved around raising two young children, not yet school age, so my contact with the outside world was limited to the grocery store and general errands around town.

When I realized that my schedule would limit my ability to meet someone in person, I decided to give online dating a try. I started out with the usual online dating sites, which I found to be extremely creepy. There was one that asked a whole lot of overly personal questions in the questionnaire, which I thought might skew my matches. Then there were a couple of sites that allowed anyone and everyone to see your profile and message you, which brought on a whole other set of complications.

And then I heard about Tinder.

The Tinder Trials are similar to the Hunger Games, except perhaps more aggressive. And there are rare stories of couples surviving, but that might be propaganda spread to encourage the rest of us to keep giving it a try. It’s worth a try, I thought. It’s free and I can always stop if it doesn’t suit me.

So, let the Tinder Trials begin!

The first thing we discover about Tinder (that I quite liked) is that we only match with others where there is a mutual attraction.

There’s no sense of rejection with liking someone who doesn’t like us back, and we don’t have to worry about being sent messages from people we aren’t remotely interested in. It simplifies things.

And yes, I realize that sometimes the right person for us might not be our usual physical type, but there is a relief in not having to wade through messages of people who are not at all what we’re looking for in other ways. (For example, I prefer not to date men who smoke. It’s a personal preference, and I often swipe left simply if any pictures or profile information includes smoking.)

As we continue in the Tinder Trials, we find that often our matches aren’t interested in talking to us at all.

In fact, we wonder why they’re on Tinder if they don’t ever send out a message. And even sending a message their way is not always a guarantee of any response. So we figure these people are just playing Hot or Not, perhaps out of boredom. Or have entered a relationship and forgotten to delete their profile.

Next, if we’re looking for an actual relationship, we have to weed out all of the people just looking for a hook-up.

Believe me, this part doesn’t take long. Usually, in the first 48 hours, our Tinder matches will let us know their intentions by asking an inappropriate sexual question or requesting nude pictures. Or sending a dick pic our way if we make the mistake of giving out a phone number. Clarifying intentions doesn’t take long, and some people are actually honest enough to list this intention in their profile, which is much appreciated.

Often, the biggest sign that the other party is interested in a hook-up only is the fact that they are unable to engage in the most basic of conversations and are completely uninterested in getting to know us. Or, their conversation is always laden with sexual innuendo. I’ve often found that simply stating that I’m not interested in hook-ups or sexting often results in a vicious backlash, which quickly reveals the character of the person I’m dealing with and allows me to cut my losses and move on.

Other red flags include asking about our income, directing us to any other website (scam alert!), or even asking personal questions that would reveal our location or other personal details best not given to a total stranger.

We can quickly eliminate these matches from our list and continue on.

Now we can all acknowledge that Tinder is known for hookups, but I also know that real connections can be established there. It’s simply a matter of wading through all of the bullsh*t to find someone genuinely interested in getting to know us. It’s the same with all of the other dating apps; there are those out there genuinely looking to connect and form real relationships—and then there are those who just want casual sex.

Unfortunately, not all of our matches will be upfront about what they actually want, and we have to figure that out by trial and error. With an emphasis on trial.

So, are the Tinder Trials worth it?

We all have to decide what is right for us as individuals. To me, online dating gives us an opportunity to connect with people we might not meet otherwise. And I’ve truly met some lovely people through the process. Sure, my relationship status still says “single,” but I’ve encountered genuinely interesting men whom I would certainly not have met IRL. For me, that makes it worth it.

My experiences have been largely positive, although in the interest of full disclosure I did get my heart broken once with a Tinder match. But that could easily have happened had I met and dated him offline, too. Being in the world of online dating opens up more possibilities for deep connection.

While often frustrating, the online dating scene is simply the new world of dating. We can adjust, or we can continue to hold out for meeting someone as we move about our day-to-day lives. Yes, the Tinder Trials can be difficult, but there’s always the entertainment value in trying to figure out someone’s game.

I believe that if we’re open to genuine connection, we can find that in our matches. We can seek to connect—and not impress. We can play the game by our own rules and look at the Tinder Trials as opportunities rather than obstacles in the dating world.

So, let the games begin!