4 Helpful Ways to Move Through Regret. 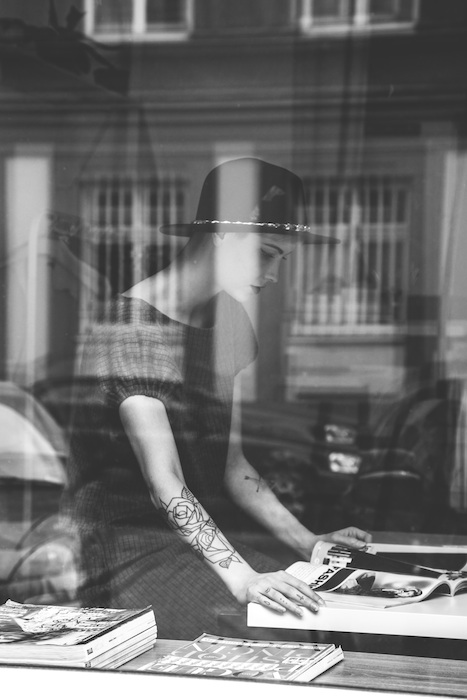 “We all do things we desperately wish we could undo. Those regrets just become part of who we are, along with everything else. To spend time trying to change that, well, it’s like chasing clouds.”
~ Libba Bray

It was raining hard as I stood looking out my office window. I saw people rush into my office building to take cover. I had an instant flashback to something that happened almost 20 years ago.

At the time, I managed a shop in a crowded market street, and a heavy downpour led several people, including some homeless ones, to run inside. I was already in a bad mood, and went straight to confront them, screaming expletives and ordering them out.

I will never forget the look of disbelief in one old man’s eyes. Those eyes haunt me to this day. Fast-forward 20 years, and the sight of people rushing in filled me with remorse and regret.

That is the power of unresolved negative emotions.

So many memories are stored in my unconscious under the folder “regret.” The girl who approached me to ask me out in high school—and I told her I had other plans. My choice to leave the exciting challenge of working in London to come back to my comfort zone in Ghana. The time I watched myself on video screaming at my three-year-old son for coming out of the wrong side of the car.

All my actions were fuelled by fear.

I didn’t have the emotional intelligence then to breathe, relax and respond rather than react. Within minutes, I would be filled with regret and would ruminate on my actions for hours, days or even months.

In Psychology Today, regret is defined as:

“A negative cognitive/emotional state that involves blaming ourselves for a bad outcome, feeling a sense of loss or sorrow at what might have been or wishing we could undo a previous choice that we made.”

Regret is a destructive emotion that can lead to darker ones like shame and guilt, which often mark our psyche indefinitely. It’s dangerous to dwell on regret for too long, as we end up in a negative state of self-blaming that could affect our ability to move on with our lives.

We all regret many choices or actions we take in our lives, and I’m surprised when people blurt out the, “I have no regrets” maxim as if they have just graduated from Positive Psychology School.

Do they not look back at certain situations and question themselves if they would have been better off doing it another way?

We shouldn’t torture ourselves on whether we did the right thing or not, but rather know how to handle and overcome regret. Here are four ways to do so:

1) Understand that regret can be a helpful emotion.

“I have come to learn that regret is a fair—but tough—teacher.” ~ Brené Brown

How can we learn to correct our wrongful behaviors if we don’t go through the process of thinking we were wrong? Regret is often the trigger to see our mistakes and learn how to do things differently.

Regret, like all emotions, has a function for survival. We need regret to fuel change in our actions. The only time we can erase those stored negative emotions from our minds is when we allow ourselves to go back, see where we went wrong and try to act right the next time around.

Later, I left my window to welcome those who had rushed in. I so desperately wanted to have that old homeless man be one of them, but he wasn’t there. However, I felt better by welcoming the people in from the strong rains outside.

Most of the time there is nothing we can do to change a situation. Or we did what we could with the awareness we had, so it’s futile to regret. We need to acknowledge that we did the best we could, try to forgive ourselves and quickly move on with our lives.

I had admonished my son for getting out of the wrong side of the car because I was afraid of the oncoming traffic. At that time, I was new to parenting and my protective mind took over. That was the level of my awareness, and I’m sure I’ll fare much better with my future grandchildren, not allowing my fear to overcome me.

Life is a long journey; we make mistakes, which are often opportunities to learn important lessons about ourselves, our reactions and other people. It’s how we react to those mistakes that defines our lives.

I look back at my decision to leave the U.K. as a positive step, as it afforded me the life that I have now. I own a successful business, I have a great family, and I’m free of the stressful corporate world that I would no doubt have been stuck in.

4) Let go and surrender to life.

Life plays a bigger game than we do. We often think we’ve missed out on an opportunity, but it turns out we were lucky not to have taken it. Other times we regret our actions, not knowing that they were necessary in the grand scheme of things.

Simply put, sometimes we just need to take a step back, let go and see the big picture instead of labeling a situation as good or bad. How many times have we seen things differently in hindsight and later realized we were fretting for nothing?

Then, when the farmer’s son was attempting to tame one of the wild horses, he fell off its back and broke his leg. Everyone thought this very bad luck. Not the farmer, whose only reaction was, “Bad luck? Good luck? Who knows?”

Some weeks later, the army marched into the village and conscripted every able-bodied youth they found there. When they saw the farmer’s son with his broken leg, they let him off. Now was that good luck or bad luck? Who knows?

Regret is futile, as it can lead to anxiety and rumination, but to deny that we regret some of our actions is being dishonest.

The most mindful course of action is to acknowledge that we will have some regrets, but realize that to overcome them is to learn from them and let them go as quickly as possible.