How Meditation Awakened my Orgasmic Ecstasy. 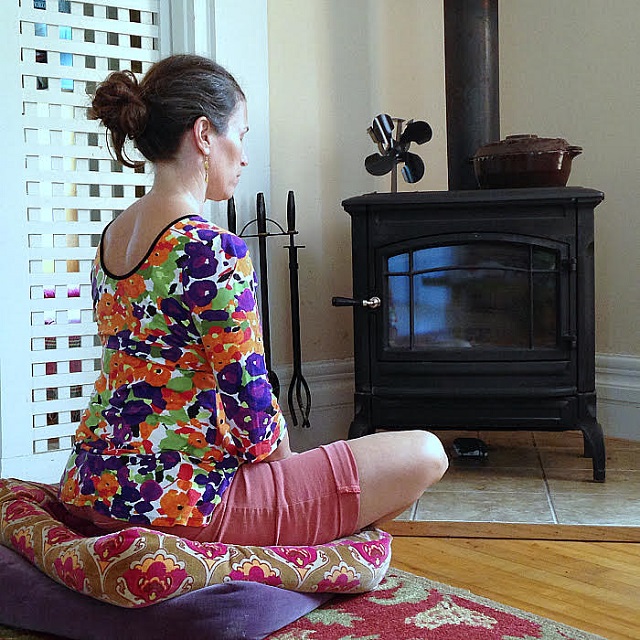 I sat on some cushions in front of my wood stove, eyes closed, my breathing slow and steady.

It was January, and anywhere but this spot in my old Vermont farmhouse was cold and drafty. Life as I knew it was falling apart. My marriage was disintegrating, the lives of my children were about to change forever, and I couldn’t see to the other side of the deep abyss I was about to cross. But 10 minutes into this meditation, my body entered a state of ecstatic bliss that altered the course of my life forever.

I was a terrible meditator. I had avoided it most of my life, other than the occasional new year’s resolution to get serious about it, which would last all of about a week—if that. Like many, I had a hard time turning down the volume on my chattering brain. But during this time of crisis, I stopped judging how I was going about it and just let myself sit in stillness for 15-20 minutes each night after the kids went to bed. It was the only thing that helped me tune into my inner sense of direction, the only thing keeping me from coming unglued.

One of the issues that contributed to the demise of my marriage was my complete loss of anything resembling a libido. It disappeared shortly after having my first child, and it went away so completely that I thought I might have actually been born asexual all along. There were deeper systemic issues within the relationship at play, but my libido had been a challenge in past relationships as well. So I knew there was something bigger going on.

This particular night, I had started with a guided meditation that I’d read about in a book. The meditation related to raising female sexual energy, and I thought I would give it a try. I visualized the energy swirling and raising as best I could remember from the directions in the book. Then I focused my breathing with intention to move the energy up my spine.

A few minutes after completing the structured part of the visualization, as I settled back into my breathing, a warm and pleasurable sensation began to stir in my pelvis. The sensation intensified over the next several minutes, radiating out from my pelvis to my abdomen, my legs, my heart and out through my arms and fingertips. It pulsed and it swelled in waves. The pleasure was more intense than anything I had ever felt during sex, even though I had been able to achieve orgasm more often than not. The pleasure lasted for what felt like hours, but was probably closer to 20 minutes.

It didn’t take long for my mind to try to interfere…analyzing, watching, commenting. I held it at bay as long as I could, but eventually the watcher squelched the free flow of ecstasy and the sensations subsided.

It would be many months before anything like this happened for me again. But something unlocked inside me that night, both in my body and my mind. I had previously viewed my sexuality as something that was entirely about the sexual acts I engaged in with my partner. After experiencing this ecstatic state, I realized that sexual energy lives inside me at all times, and that its potential for transformative pleasure was far more powerful than anything I had experienced before.

As a result of this experience, I decided to experiment with changing my beliefs around sex and sexuality. I could clearly see how my previous understanding of sex had severely limited my experience. I was so excited to begin exploring what the possibilities really were.

I started by adopting the belief that “I am orgasmic.” I used the power of my imagination and my emotions to feel my way into what I meant by that statement. To me this statement meant that I had an infinite capacity for experiencing pleasure and joy. I imagined the state of being orgasmic as something that would spill out into every area of my life, not just in the bedroom.

Next I focused on this belief: “Sexual energy lives within every cell of my body and is available to me whenever I call it forth.” A lot of fear had arisen in me after that initial ecstatic meditation because I had a hard time replicating the experience for the first several months after that. It felt random, like it had been bestowed upon me as a gift, and that the gift had been taken away or otherwise had a limitation imposed. This new belief was aimed at reprogramming myself to remove the idea of limitation, and instead to think of the energy as something that ebbs and flows, but that is at our disposal whenever we desire.

What I didn’t know was that the belief about sexual energy living within every cell would come to pass quite literally. When I learned to open the energetic gates consciously, I became orgasmic with a vengeance. I started experiencing orgasms triggered by a simple kiss, or a stroke of the back of my hand. I even started having orgasms from touching and pleasuring my partner’s body.

It has been nearly four years since that first ecstatic experience by my wood stove. The journey from that moment to this one has healed decades of a sexual disillusionment that I didn’t even realize had taken root, and that had shut me down.

My odyssey helped ground me in myself in a way that helped me weather the grief and guilt of divorce. And it provided me with faith that joy thrived on the other side of that dark abyss, even though I couldn’t see it. Through this experience I have found a new sense of purpose, helping other women learn to engage with their sexual energy in this delicious and transformative way.

I hope that by sharing this experience, it will help other women realize that they too can learn to engage profoundly with their sexual energy. Once awakened, this energy can transform not only our relationships with our partners, but more importantly, our relationship with ourselves. 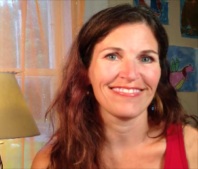