“Obviously, I should have gotten some Rest Sooner:” How we can all avoid Hitting the Wall.

It’s great to be back on the campaign trail. pic.twitter.com/vm1KX2uOXt

It was after midnight and I couldn’t breathe through my nose thanks to a nasty head cold that had made itself at home in my sinuses.

In addition to my labored breathing, I was experiencing the exhaustion that comes with having two young children, being eight months pregnant, and carrying my various professional responsibilities.

I could taste the sweet victory of the bragging rights that would be mine when I showed up for work the next day.

The following morning, I listened with irony to news analysis of Hillary Clinton’s pneumonia and her cancelled appearance at campaign events. Her inability to stick it through illness was getting her pummeled in the media circus.

What did it mean that her body couldn’t hold up on the campaign trail? Should the American public be concerned that she needed a break? Was she not physically tough enough to be president? Even now that the news is days old, the media are still picking apart her illness.

The expectation that we must work without pause is found in so many professions. Culture, technology, politics, and policy all converge to make this feat ever more possible. Working parents regularly describe opening the computer back up after the kiddos go to bed or to setting their alarms for 4 a.m. to get some productivity in before the children awake. Clients and bosses habitually reach out to workers and service providers 24-7—and expect prompt responses. And, of course, we criticize presidents and presidential candidates for taking time off.

It’s not all society’s fault. Sure, we work hard because of external pressures, but we also work hard because we want to live according to our values. There is much that is positive about our culturally shared of value hard work. But in the context of this value, the importance of self-care gets downgraded to the level of an offensive custom.

Unfortunately, for those of us who are mere mortals, this can be problematic. Bodies and minds eventually hit a point of diminishing returns. Worse, they sometimes just crash. And the option of pausing before we collapse doesn’t carry favor for most of us ambitious types.

In her interview with Anderson Cooper about how she was feeling after her pneumonia diagnosis, Clinton stated, “obviously, I should have gotten some rest sooner.” So, too, do I logically know that a summer full of young children, work responsibilities, and growing a new baby probably meant that I should find ways to take it easy. But, of course I didn’t stop pushing myself until I had already hit the proverbial wall.

Interestingly, while secular society encourages us to constantly push ourselves, spiritual practices of all varieties reinforce the need to rest.

One prominent example, the Ten Commandments, requires rest every week—for a whole blessed day. The Hebrew word “Shabbat” (or Sabbath) means to cease or to rest, and observance of the Sabbath is accompanied by a prohibition of work. In parallel fashion, the Buddhist practice of meditation is central to enlightenment and freeing oneself from suffering. The goal of meditation is to allow the mind to grow and develop, but the actual practice is focused on quieting the mind.

In contrast to spiritual practices, secular society emphasizes the values of productivity and busying the mind. This even in the face of an ever-growing scientific literature (and our own experiences) that informs us of the dangers of not pausing in our busy lives.

In fact, research demonstrates that pausing to take care of ourselves is good for work focus, stress management, creativity, emotional health, and, of course, physical health. As happiness researcher and author Shawn Achor writes, “the key to resilience is trying really hard, then stopping, recovering, and then trying again.”

But the compulsion to be always productive is a mighty force. As a clinical psychologist specializing in scientifically-informed practices, I frequently counsel patients on the importance of self-care and the utility of mindfulness practices. Yet, it is hard—even for a professional advice-giver—to follow those recommendations.

On that wheezy night when my toughness gave way to desperation, I noticed a recurring thought: how bad do I have to feel to take a day off?

And then, I did the unthinkable: I pulled out my computer and began to email patients and colleagues with apologies that I needed to cancel our sessions and meetings. I doubt I curried any favor with patients or colleagues by not showing up for work that next day (though thankfully no one in the media cared to report about my transgression). But I was strangely grateful to have hit that wall. As a scientist, parent, and clinical psychologist who should know better, I realized that I needed to start prioritizing my own self-care if I wanted to avoid future AWOL events.

In his article on resilience, Achor suggests “if you want to build resilience, you can start by strategically stopping.” But without built in spiritual practices to guide that process, we might require some extra steps. First, it can be helpful to acknowledge that we can prevent such wall smackings as Hillary and I recently experienced by regularly—even if briefly—pausing in our productive lives. Once we have paused long enough to take a breath, we can pick an activity that has nothing to do with productivity, and commit ourselves to doing it regularly (reading tabloid magazines, enjoying a leisurely cup of coffee, taking a mindful walk, listening to music, or making time to “just hang out” with our partner, kids, or friends all the fit the bill).

We don’t have to become the newest neighborhood yogi to accomplish this task, and it doesn’t need to take an enormous amount of time. But building in some “pause” practices to allow us to recharge can help us to avoid future collisions with that inevitable wall. That in itself may feel like a kind of spiritual revelation. 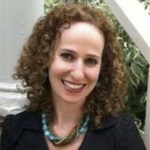