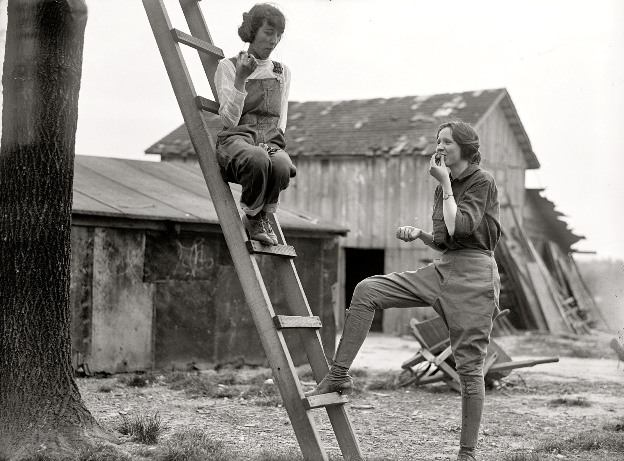 Many of us have heard the term, “from dust to dust”—that “we are dust and to dust we shall return.”

Indeed, this well-known phrase is found in the Book of Genesis, an ancient text that over half of the world’s population—Muslims, Jews and Christians—hold as the sacred story of creation.

But here’s the thing: there’s a lot lost in the translation from the sacred Hebrew into modern English—often via several other intervening languages.

Indeed, in the sacred Hebrew version of the creation story, the first human—“Adam”—is created from the soil, “Adamah.”

We humans are of the soil and from the soil. In fact, the very word “human” is from the Latin root “hum” from which we also get the word “humus” (that’s right: soil). Humility and humor are also closely related. Perhaps there’s profound wisdom—right at our fingertips, as it were—to notice the inter-relatedness of these four:

We are of the soil.

But what’s “dirt” got to do with us today?

Let me share a little story from my childhood:

My grandfather, Grandpa Bear as we call him, taught me three key “core activities” that ensure a long, joyful and healthy life: walk, read and garden.

I remember as a kid, following my grandpa into his beautiful, abundant garden overlooking his Upstate New York home and the mist enshrouding Mohawk River Valley off yonder. I noticed, even as a kid just seven years old, that he spent a whole lot of time up there. He’d spend hours in that lush place at the top of those steep, uneven stone steps, birds singing and soaring in the thick summer air and alighting on massive tree branches hanging overhead. He’d be up there in his garden for hours—time that I, of course, thought could be much better spent playing tag or drinking Kool-Aid or throwing the football on the street with the neighbor kids. I didn’t understand. I remember asking him, probably out of some sort of confused concern: “Grandpa, why do you garden so much?”

“Because it makes me feel good.”

To be sure, I took that on its face to be true. But when I heard him say that gardening made him feel better, I remember it sticking and locking in my memory with a particular tone. You know when something seems really, really true? Like it’s a “truth” with deeper meaning and import than may be obvious.

It really is true.

Science is now able to tell us—with our ability to see the small living organisms in organic soils, and the complex patterns and activities in our neurological systems—that indeed, gardening, interacting with living soil, triggers the release of feel-good hormones like serotonin.

In her Discover Magazine article, “Is Dirt the New Prozac?” Josie Glausiusz describes how a team at University of Bristol in England, led by neuroscientist Dr. Christopher Lowry, discovered that soil bacteria “had the exact same effect as antidepressant drugs.” With rather good humor Glausiusz tells us, “the results so far suggest that simply inhaling M. vaccae [one of the soil bacteria]—you get a dose just by taking a walk in the wild or rooting around in the garden—could help elicit a jolly state of mind.” And Lowry adds: “You can also ingest mycobacteria either through [natural] water sources or through eating plants—lettuce that you pick from the garden, or carrots.”

Okay, now that’s what my grandpa was talking about!

Getting our hands in the soil makes us feel good—literally!

One fundamental thing that is way too easy for us to take for granted in our modern, urbanized, 21st century, hyper-techno-centric society, is the profound and literal importance of a direct, personal, physical connection with the soils of our gardens and outlying forestlands.

Here’s another truth, a really important one: most of our grandparents and great grandparents were much more connected in this way than many of us are today—for now anyway.

And most, nearly all, of our human history on this planet is marked by an intimate connection with living soil. It is at the foundation of who we are as human beings. And right now, we are at tremendous risk of losing this fundamental connection.

And I believe that as we become more intelligent about the interconnected human-ecological complexities here on Earth—like how the carbon cycle connects to soil, water and climate change—we will develop both the knowledge and the will to become expert stewards of our living home.

Through the cultivation of soil—enhancing the microbiology of organic humus (not burning and poisoning it with toxic agro and petro-chemicals), and planting and preserving forests—we will help nature absorb atmospheric greenhouse gases and mitigate climate change. Cultivating living, organic soil will contribute to food security as we harvest a greater abundance of fresh, nutrient-dense foods that make us healthier and smarter. Soil regeneration will also restore and preserve fresh water resources for peoples all over the world. And we will literally—in cooperation with the Earth’s natural intelligence—restore deserts to the lush, fertile lands they once were. (Have you ever heard of the “Fertile Crescent?”—do you know where that is on a map? Check it out!).

At the core of the connection between humus (soil) and our human-ness is a simple yet profound truth: our well-being, indeed our very existence, is wholly dependent upon our relationship and connection with the living soil.

And cultivating this relationship and connection with living soil is an opportunity each of us has right at our fingertips—something each of us, you and I, can cultivate right in our own home-places.

Let us get our hands dirty, and let us cultivate our soil consciousness and soil spirituality!

Please support the Y on Earth Kickstarter Campaign and reserve yourself a first edition copy of the forthcoming book. Together we are creating the culture and the future we really want! View our Facebook Live Coffee Discussion with Waylon Lewis at elephant journal on Walk the Talk Show!

As of September 13, 2013, you’ll get a Free One-Year Online Subscription to Elephant Journal at the $35+ Reward Level (a $19 value!) Many Thanks to Waylon Lewis and the Elephant Journal Team! (Promotional Code will be provided at the conclusion of the Kickstarter campaign.) 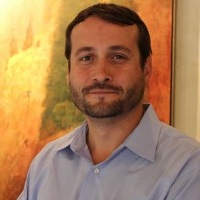 Your job is to tell your story. Our job is to help you find your voice and share it with our world. Spend 8 weeks writing your heart out, connecting with your readers, and honing your craft.