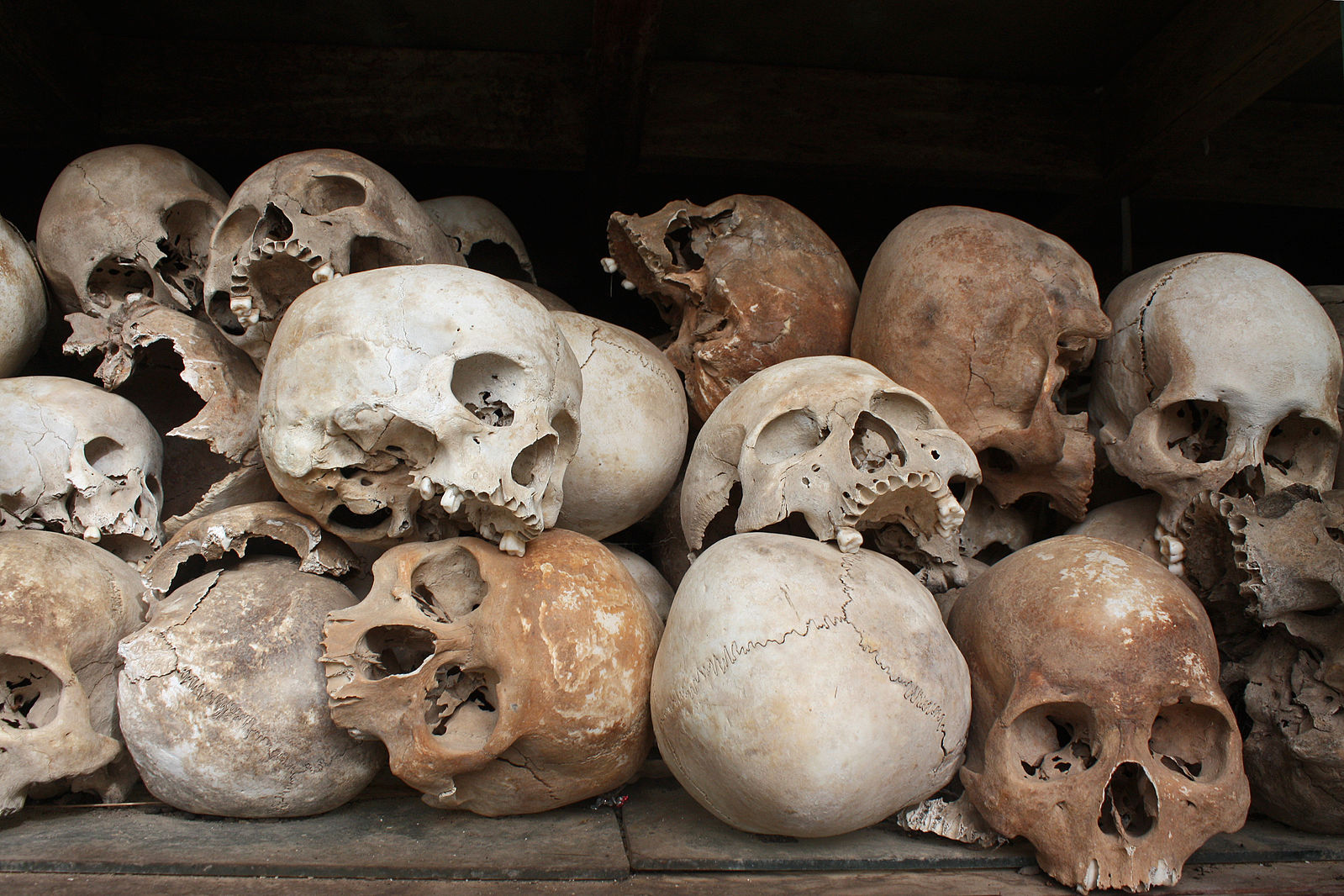 Depressed and despondent, the haggard man on the border of Iraq told me of how he had just lost his wife and daughter in a crowd as they ran from Isis.

He was a Yezidi, the smallest and most persecuted minority in the region, and it was likely Isis would turn his closest family into sex slaves. Whatever the outcome, neither his life nor theirs would ever be the same again.

It never ceases to amaze me how normal such stories feel when set in context. When everyone is suffering extreme injustices, extreme injustice can seem simply to be the nature of things. The commonness of it all can have a lulling effect. But the opposite is also the case: when few suffer such injustices, it can sometimes seem extreme injustices are figments of the imagination. And this denial leads people to blame victims and their advocates alike.

Voltaire vividly depicts these contrasting experiences of cosmic injustice in his magnum opus, Candide. The novella is named after a wealthy, young aristocrat, banished from a life of luxury for kissing the wrong beautiful, young woman. He had been taught that everything is for the best in the best of all possible worlds. But in his exile he is impressed into military service and almost tortured to death; he suffers the epic Lisbon earthquake and the Spanish inquisition, which hangs his mentor. Finally, he escapes to the New World, en route to which the passengers relate their own sad tales of woe, culminating in an old woman who, among other things, lost a buttock to feed a party of starving men. The story reminds me of the kind Syrian refugees often relate in conversation.

Everyone knows life is not fair, but nobody expects to lose a buttock to starving men. It can seem quite impossible that one fine day you would wake to the sound of voices in your head and upon examination discover yourself schizophrenic for life; or that over the course of a few years your country would descend into civil war, your friends and family be killed, and you become a refugee. But these things happen all the time. Why is it when we feel secure they can seem so impossible?

Psychological researchers have termed the belief that people get what they deserve the “just-world hypothesis.” It is a cognitive bias, variously present in much of the population, which leads people to ignore injustices. It leads to the blaming of the homeless and the dismissal of genocide. Upon reflection, it’s patently absurd. The world is a flux of forces impinging on our lives, few of which have been brought about by our own actions.

Yet even after having studied most of the major genocides of the last hundred years and reflected for decades on how people deny injustices to preserve their equanimity, it is a belief that persists in my own mind. How can even someone who makes a vocation of confronting injustice half-consciously deny its existence?

The Buddha taught that all life is imbued with suffering and that we suffer due to craving. Not getting what we want is suffering, because our desires remain unfulfilled. But so is getting what we want, because nothing is permanent; sooner or later, all things change, and the things we hold dear will slip from our grasp like water in the ocean.

Tragedy encroaches upon our lives at every turn. Each of us will die and many will die lonely and painful deaths. We will lose loved ones and suffer painful diseases. And few of us will have done anything to deserve such suffering. Like the Syrian and Yezidi refugees, we are victims of a contingent existence over which we have little control. And if we were to view our misfortunes in fast motion, as if watching a movie on a screen, each of us would find ourselves caught up in a similar fate. How is it the belief in security still persists?

We shield ourselves from these obvious truths through the belief in a permanent self, which can freely determine its fate. Amid the shifting fluctuations of body and mind, perception and consciousness, we seek solace in the illusion of a fixed self. But the world is a charnel ground in which everything is constantly changing, and no one gets out alive.

The idea of cosmic justice seems to stem from a similar set of delusions to those attached to the self. An ordered world, a just world, a world where nothing ages: the just-world hypothesis is the universal delusion of conservatism. People get what they deserve and deserve what they get; hence, there is no need to concern ourselves with the suffering of others—it is all part of a greater scheme of cosmic justice. Around these delusions we concoct complex metaphysics, religious edifices, and ideological arguments. But a cursory glance at the real world demonstrates their absurdity.

The experience of injustice is a special form of suffering, which tends to cause a special form of distress. Not only does the victim of injustice suffer their circumstances, they must suffer the thought that they did not deserve their fate. And often they must suffer through watching others enjoy their just desserts. The pain is compounded by the suffering, which is deepened by the humiliation and magnified by the wrongness of it all. Numerous studies have demonstrated that these experiences of injustice tend to lead to stress, causing increased levels of cortisol, disease, and early death.

Injustice causes suffering and it calls for a response. But in countless meditation centers and monasteries, over the course of decades, I have watched entry meditators and spiritual teachers alike react to concerns over injustice with animated displays of denial. They deny the existence of injustices, argue against their importance, accuse justice advocates of projection, and castigate the concerned as reactive. Often they are right: reactions to injustice can be so strong as to generate their own neuroses, but just as often they preserve their equanimity at the expense of reality. Even Buddhist meditation teachers can fall for the just-world hypothesis.

The quest for security that it represents is present in all of us and creeps up in the strangest places. It is responsible for a good portion of the world’s most tight-fisted conservatism. And in erecting an illusory wall before a contingent ocean of impermanence and suffering, it actually increases our insecurity, for the truck you do not see is the one most likely to hit you.

If there is a benefit to being a refugee, it may lie in freeing oneself from this illusion. The refugee knows everything is impermanent and that suffering is natural and normal. And this may account for some of the resilience I have witnessed among Yezidi and Syrian refugees. But it would be better if we could overcome our illusions of cosmic justice and face not only the causes of our own suffering but of state failure, genocide, and ethnic cleansing as well. There are many ways to overcome suffering and halting injustice is a good place to start.

If you liked this article, please check out my book, Convergence; The Globalization of Mind, and join the dialogue on Facebook.