This is one story of 9/11. A human story. ~ Arslan Chaudhary 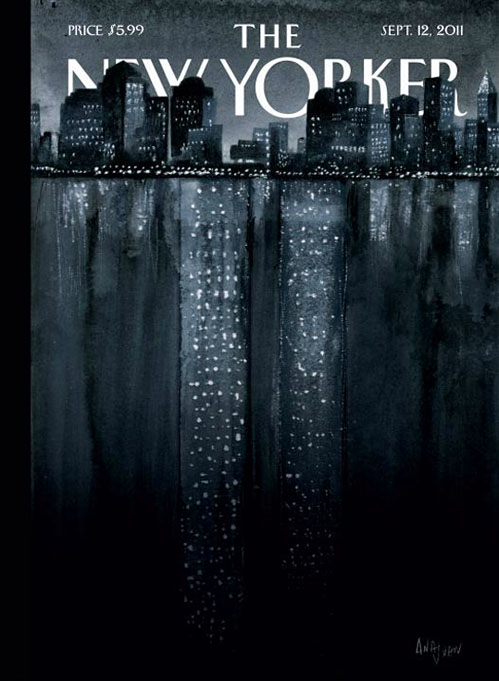 People often get caught up in the conspiracies and retribution. Forgetting the lives lost, the emotions, the trauma on the ground.

We lived in a six story walkup in the West Village at 114 Christopher Street. It was like college all over again, for we third floor residents. We were always together, sharing, having impromptu floor mixers. Dana Shapiro’s place, the floor’s central depot, was the main music, TV, and film info-center. Dana, one of the senior editors at Spin magazine, would educate you on the nuances of Neutral Milk Hotel’s seminal album, help you find untapped inspiration to learn Pavement’s entire catalog, and leave you enamored with the British film classic “Withnail and I”.

A memorable bright and crystal-clear day. The city shining like you always wanted. I was walking to the 1/9 train on Christopher Street. My stop would be downtown to the World Trade Center where I would take the pedestrian bridge over to the World Financial Center. But I was late that morning, and by the time I turned the corner on Bleecker Street a sea of fire trucks and police cars raced by. Subway service had been shut down.

What in the world was happening? Something was quite wrong. I’d never seen so many emergency vehicles. Then I heard someone mention there was a fire at the World Trade Center and I walked back home to share the news with my floor.

I went up to Dana’s place. It may have been only 9:30 a.m., but the central depot was alive and kicking. Dana and few friends were watching news coverage of Two World Trade Center on fire.

Then my friend and neighbor Joshua Kessler came in and we decided to go up to the roof and witness the scene firsthand. Work was off, in as much as we knew.

Our building was a straight shot down 7th Ave/Varick to the World Trade Center complex, and several people were on the roof watching Two World Trade Center engulfed. The smoke seemed staggering. We wondered how long this may take to put out. How would they get water up that high? Was there fire on just a few floors? How did this happen? We were bewildered—it all seemed so foreign.

And then our world shook. There was a heavy rumble and then smoke everywhere, creating a huge cloud of dust and debris that left things hard to make out. It looked like the top half of Two World Trade Center had collapsed—just slipped right off—leaving the bottom half hidden in a grey and white plume.

That was the turning moment, I sensed for me and much of our world. Unprecedented in anything we had lived through. A world-famous skyscraper collapsing. When did that ever happen? Imagine that. Just the thought of losing the top half of one tower and it already felt that the city and the world had forever changed.

Confusion abounded, and then somewhere in there it became apparent that Two World Trade Center had completely fallen.

I came into shock and disbelief, fearing that perhaps 50,000 people had just died. I had read that there were about 150,000 people who worked in the World Trade Center complex, and god knows how many were on the bottom at the street and mall level. I couldn’t put my head around it all. It was too much.

Josh was on the phone with his family. He had collapsed to his knees, in tears with grief and anguish over the countless lives that had perished. A consummate artist, deeply sensitive.

On the other side of me a modern, urban and quite professional looking New Yorker, stood with his with his girlfriend and yelled

“Nuke them, just nuke them!”

At this point it had already become the worst day of my life. Adding to the harm was that the city I knew, I loved, spent countless hours walking around in awe of almost every day, I felt was no more. Even before any real awareness of terrorism and the fall of the other tower, the unimaginable destruction told me that this city of dreamers was to never be the same. An innocence gone.

We made our way back down to Dana’s apartment, where we watched the news and discussed the implications and likelihood of terrorism. We learned that the World Trade Center complex was not at capacity that morning. Transportation had been stopped before most commuters could arrive. Josh and I decided to leave the building and go for walk. It was pandemonium everywhere, as troves of people were moving across the West Village. People seemed headed east. We talked about the state of the world and humanity. One World Trade Center was burning. The scene was unreal. We turned south and walked toward it, stopping a few blocks later to simply stare at the building, which could be seen almost entirely in clear view down 7th avenue. By this point it had been burning long enough that things seemed more serious.

I looked up and strangely there appeared to be large logs or beams being thrown off the top floors. Later I was to learn that this was the sight of people jumping off the tower to escape the extreme heat.

And then it came. All of a sudden a deep rumble began, and the city began screaming from every direction.

And so what came next is the most traumatic and the most graphic moment I have ever witnessed.

I don’t think there is any film, photography or video that can depict what actually transpired. I doubt there will be for some time. The steel and glass of each floor shattering outwards with immense detail and resolution. It wasn’t like the first tower. It came down slow and clear. The image was overwhelming, and of a vast scale. The most ominous thing I have ever laid eyed on. I turned around in horror while it was still falling, unable to watch.

The pandemonium—alarm and chaos. People started talking about more planes on the way, and other buildings getting attacked. Where was the Air Force? Why weren’t they protecting New Yorkers? There was no sight of them.

Hoards of people, in fear for their lives started heading north. But there were too many people and cars fighting for precious little space. People asked to hitch rides. Why were we all choosing to go north? Where we headed toward Midtown? In fact the buildings are taller there and seemed like more of target. But we kept walking.

Once we got up around 14th street the Air Force jets finally soared above, providing us a huge relief with cheers on the ground. Safe from further attack.

Josh and I turned and started to head southeast toward Washington Square Park. We had no idea what to do with ourselves or how to deal with all of this. It felt like the rest of the city shared that stress, confusion, and trauma. Josh knew we had to blow off some steam. Therapy was calling and he pulled out a joint. He said it was something special called “Red Dot”. It was strong, and it blew our minds, helping us relax. This was before any knowledge of yoga and meditation. I don’t advocate drug use. This was what we knew, and it worked.

We got to the park and spent some time reflecting and becoming calmer. Then we decided to walk toward downtown, with all the curiosity of children. We wondered what would come next. The city was not the same, something new everywhere now. To our surprise we were stopped at Houston Street, where we learned that Manhattan had been effectively sealed off. It makes sense now how this would serve relief efforts, but at the time it was unheralded.

The wild city, the untamable city, the city that could never be controlled, it had been taken. Another casualty of the attack. Josh approached a police officer and pressed him to allow us to walk south, asking why we couldn’t take a closer look. The officer, who had earrings and a tongue piercing or two, turned to me and with intense and investigating eyes he gazed at my brown appearance and started questioning where I was from. Josh interrupted with something perfectly intervening and we walked away. Our day had ended. Josh would go stay uptown with his parents, away from the mess, and I would go be with friends in Williamsburg.

The unescapable stench of the fire and who knows what else was overcoming our neighborhood. I came home to get some belongings and I saw that my roommate had opened the windows to our apartment. He was going to stay there. I advised him to leave for the night and I pleaded that he close the windows. He insisted however that the place needed to air out.

I decompressed at Teddy’s, an age-old Williamsburg watering hole with a couple of good friends, Steve and Trey. However I chose not to stay in Brooklyn that night. I was strong headed. I didn’t want to “give in” and be run out of my home. I didn’t want this to affect me any more then was necessary. I headed back to Manhattan. When I returned to the apartment it was covered in white powdery residue. The neighborhood felt like a dusty and abandoned old ghost town.

And then we began another day. 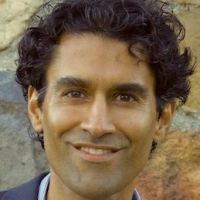