Would Mother Teresa have Aspired to Sainthood? 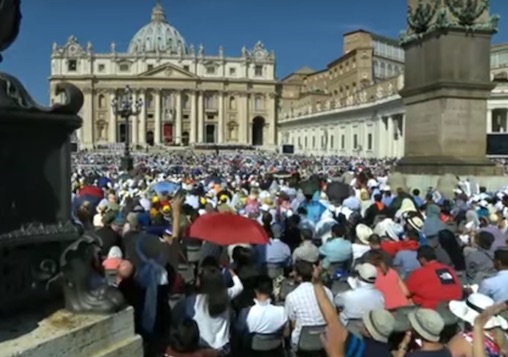 My question is: would this unassuming Albanian nun have ever aspired to such an ecclesial honor?

The “emblematic figure of womanhood and consecrated life,” as the pope referred to her in his homily at the Mass of Canonization on September fourth, “bowed down before those who were spent, left to die on the side of the road, seeing in them their God-given dignity.”

I contend that this servant of the poorest of the poor would never have envisioned—nor desired—the title of “Saint” in the Roman Catholic Church. Her life’s work was about grassroots kindness, compassion, and social justice in the trenches of the abysmally forgotten.

I recall a former priest colleague of mine sharing with me how his close encounter with this feisty Albanian was somewhat of an awakening. He described her as a no-nonsense, at-times-controlling, but invariably tireless advocate of the poor.

“Saint” was not—nor seemed likely to be—a title he would have bestowed upon her!

Why does the Church canonize select individuals?

Paragons of Virtue to whom we can pray.

That’s it in a nutshell. We elevate icons of “saintliness” in our world so that we can pray to them for miraculous intervention in our lives, with a view to guidance and healing from disease. And such cures are a canonical prerequisite if one aspires to sainthood in the Catholic Church.

In Mother Teresa’s case, an India woman whose stomach tumor disappeared and a man in Brazil with brain abscesses who awoke from a coma both attribute their dramatic recovery to prayers offered to the nun after her death in 1997.

And who’s going to argue with that? My question is: why do we need to look for the fantastical and miraculous in those we consider to be saintly? Can’t we just let them live their lives with dignity and rest as peaceful souls after they pass from this lifetime?

Why do we need to pester them for miracles? That’s asking for a handout—in times of desperation sure—but how deeply can we unearth the answers we seek from within? Or from the many therapeutic modalities at our disposal today?

Natural (rather than supernatural) healing is also divine and awaits us at every turn.

And what are we to make of the Loopy Saints?

For example, St. Denis, Bishop of Paris during the third century. He was so successful at converting the local heathens that the authorities arrested him and had him beheaded.

But to their surprise, Denis picked up his head and walked away from the execution site preaching the Gospel! The drama did eventually catch up to him and after a few miles of headless trekking, he finally collapsed and died. A shrine was soon built on the site, which was later replaced by the current Basilica of St. Denis.

Hmmm…and then you have ultra-ascetic saints like St. Simon Stylites, the fifth-century Christian who lived atop a pillar for years on end. And St. Appollonia, the patron saint of dentists. While Christians were fleeing the city of Alexandria during the first wave of persecutions, Appollonia was captured. The crowds beat her, knocking out all of her teeth. Then they lit a large fire and threatened to throw her in it if she did not renounce her God. She begged them to wait, acting as if she was considering their ultimatum. Instead, she jumped willingly into the flames and so suffered martyrdom.

Saint Teresa of Calcutta was once asked by an Irish broadcaster if, after many years of ministering to the poor of Calcutta, she considered her mission to be successful? Her thoughtful response (which stomped the interviewer) was, “When God called me to work with the poorest of the poor, He did not ask me to be successful; He asked me to be faithful.”

Isn’t faithfulness and an honest “showing up” in this lifetime, what it’s really all about, rather than ecclesial titles and praying to “saints” for miracles?