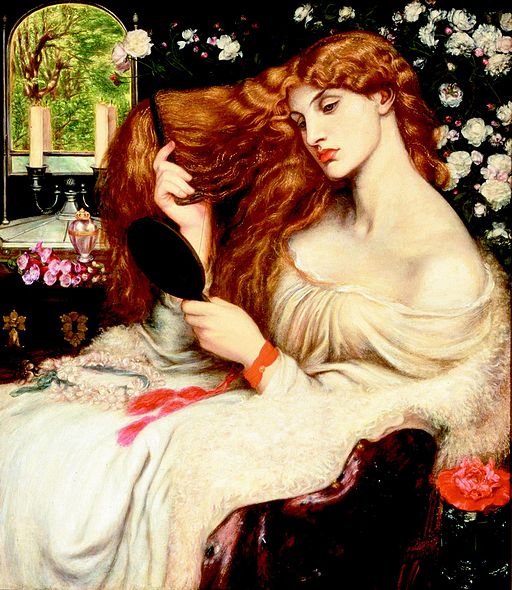 It’s Autumn and we are halfway into October—the month of the shadow.

Have you been noticing anything strange? A shift in your emotions?

What’s been coming up for you? Anger? Rage? Pain? Fear?.

We are creatures of Mother Earth and of nature. We are meant to be in tune with her seasons. Have you ever wondered why you feel so nostalgic and sentimental in the fall? Sad even? For me it’s a deep longing. One that I never was able to put my finger on until I started attuning myself with the seasons and the cycles of the moon.

Your deeper self is calling. It’s her time of year. The one within. The one you deny exposure to except maybe in the presence of those closest to you.

What aspects of yourself do you repress? Which elements of your own divine power do you deny for fear of being rejected? This is the time of year when these elements of our personality want to be seen.

For me, she was angry and full of rage, but she was also so soft and so vulnerable. I locked her away long ago to protect her. She was sweet, she was kind. Her very nature was empathic and sensitive. And the world hurt her very early on. There was no understanding as a child. She drowned in the pain of those around her, as well as in her own feelings of inadequacy and rejection. For fear of the world chewing her up and spitting her out, she turned it all off. Thus this sweet, sensitive, raw and vulnerable being was repressed. She became a shadow.

The cage built up around her was made of anger and rage. It was her protection.

Now, she no longer needs the protection. She is integrated. She is one with her self. The shadows no longer scare her. There’s no more darkness. Pain no longer hurts. Instead it becomes a beautiful space of the deepest connections with others.

This is the space of shadow integration. And this, dear ones, is the time of year to do it!

Here is where we can explore the realm of the dark goddess in order to better understand our deeper nature, especially as women.

Just the term “dark goddess” is ironic. This pretty much sums up any female deity who didn’t line up with the patriarchy’s idea of what a submissive woman should look like. Any deity with empowered feminine elements was put into this category.

Over the centuries, the Divine Feminine has been repressed, villainized, shunned and punished. (Disclaimer: this isn’t a feminist ranting, this is factual history.) There is no greater example of this than the story of Lilith—one of the oldest feminine energies in the world—who is now known as a demon loving seductress who steals babies.

Lilith originates in Sumerian tradition, appearing in The Epic of Gilgamesh, the ancient epic adventure we were all forced to read in high school literature class. In this tale of Sumerian folklore, Lilith represented the branches of a tree and was a symbol of Sumerian witchcraft. But what was witchcraft in those days but working with the energies of nature?

She was the right hand maiden of the Sumer Queen of Heaven and Earth, Inanna, represented by a lily and often surrounded by wise owls and noble lions. She was an original aspect of the Great Goddess herself, one of the earliest recorded embodiments of the original Shakti—the Feminine aspect of creation.

Later, as the patriarchal cultures of yore began to assimilate with the Sumerians, we see the pantheon shift, and we see the demonization of Lilith begin. The once exalted graceful Spirit of the Air and Maiden of Inanna’s temples, is now tainted by an ever darkening shroud of evil. She begins to appear as a serpent who works evil magic.

Next she appears in the Bible and the Talmud, as she was absorbed into the Hebrew traditions. Lilith was the first wife of Adam as told in early Judaism. She was cast out of Eden when she demanded that Adam treat her as his equal. He cast her out and asked God for a more agreeable wife, and thus he was delivered Eve. Naturally, it was written in some places that Lilith was the serpent who lured Eve into eating the apple of truth. And so began the fall of Lilith into the deepest pits of darkness.

She successfully achieved the status of straight demon in some beliefs, and mostly she is cast as the embodiment of original sin, and exemplified as a woman cast out and rejected to promote the submissiveness of Hebrew women who were at the time, continuing their tradition of praying to the Great Goddess. This is a trend we have seen repeated over and over again through history.

Lilith is the embodiment of what man longs for and yet fears.

She is woman in all her powerful glory, a sensual, empowered force to be reckoned with because she alone holds the power to control man. She is the original wild woman, the one who runs with wolves and cannot be tamed. She will not be tamed. We all have this innate energy within us, are you ready to unleash yours?

Free your inner wild woman by working with the energy of Lilith. Invite her to ruthlessly destroy all that doesn’t serve you.

Lilith is within you and she is within me. She is just another aspect of the energies which make us who we are. Too long have we been taught to fear our own power, to repress it. We should behave and be agreeable. We should be sexy, but not too sexy.

Lilith says, f*ck that. If Lilith lived in the 20th century she would’ve been like Frida Kahlo if you ask me. She tells us to own our power and be our own sensual, sexual, empowered selves.

Work with these affirmations to tap into the Divine Feminine power of Lilith:

I am one, I am beautiful, I am powerful, I am divine.

I am feminine. I am smart. I am brilliant and I am desirable.

I am beautiful no matter what I do because I am me. I am not this physical form, I am so much more. I need no approval.

I am strong, I am empowered, and I can do anything I want to do. I am a goddess.

I am comfortable in my own skin. In fact, I love it—every inch!

I can be powerful and be feminine at the same time. I can be success and be beauty.

This body is a divine gift and I will treat it as my temple.

I appreciate the female cycles my body experiences and I exalt in their beauty. There is no shame.

I am amazed by the beauty of my female body.

This body is mine and only mine. She is beautiful, perfect and whole.

Say these affirmations until you feel them in your deepest being. Stare at yourself in the mirror as you say them. It will feel dumb at first, but carry on. Try it for two weeks.

You might just be surprised to find that magic is real and that suddenly you are hand in hand with that shadow self you once repressed.

Lilith will not lead us to our goal by revealing what our goal is, but rather by showing us and eliminating everything that it is not by closing all the wrong doors we come upon. And what we are not is those nasty, judgmental thoughts that we place on ourselves.