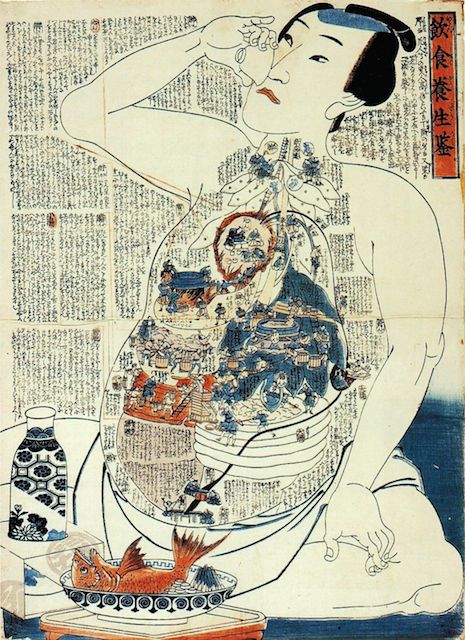 The intention of this article is to liberate consciousness and create awareness from habitual tendencies, chronic excesses and deficiencies.

In addition, to also return to spontaneous wonder and childlike joy where new ideas are something we can discover and critically assess and entertain without our egos, or past conditionings, creating emotional reactions and blocking us from seeing something clearly or for what it truly is.

Real freedom comes from our energetic consciousness, our spirit. Anything which pulls us away from that takes away our energy, even if under the guise of self development and cultivation, protection from harm, or the improvement of health.

Many of these conditionings and preconceived notions are taught to children because it is the adult perspective that they need simplistic guidance and one-dimensional understandings to create a framework of experience so that they do not grow up to be degenerates or dysfunctional adults. It is not until these children are older that they discover that the majority of these teachings, which are often rooted in fear, such as, “If you do not have a college education or play a varsity sport you will not be successful in the world,” are not really true.

When children grow into adults they either continue to operate from these primitive and fear based perspectives on the world, or they evolve and see through the disillusionment and fear, which was projected onto them by adults who failed to transcend their own conditionings in adulthood.

Another element of conditioned belief is that conversion is a real thing, for example, Christianity to paganism, or sinner to being saved. Our conditionings cause us to view things through a black and white lens where we are either this or that, with no middle ground.

An example of this is someone who was raised evangelical Christian but has grown up and rejected their original religion adapting an equally extreme religious life as someone who has sold all their belongings and lives in an ashram practicing meditation and yoga daily. In essence they have changed the topic of their devotion but the framework of their devotion is coming from the same extremist upbringing. Thus, perhaps if they examined and acknowledged how they were conditioned earlier on they may realize that they don’t necessarily need to take such an extreme path, but instead, that the path to true inner contentment lay somewhere in the middle or…the grey area.

To reinforce these ideas in this article here are three concepts I am attempting to bring forth:

In Chinese medicine, when we hear something that makes us angry (generally something which threatens our paradigm of belief) it creates stagnation of liver qi. Stagnation of liver qi as a wood element can then attack the digestive system of the spleen and/or stomach, illustrating in the five-element system of medicine wood overacting on earth.

Traditionally, wood controls earth so that it doesn’t become too excessive, but if we have an excess in the wood element there is a risk of it spilling over, or over-controlling wood. This relationship can be thought of as an over-controlling grandmother who doesn’t allow her grandson to develop and grow naturally or through his own experience.

Likewise, this can be compared to the topic of this entire conversation, which is when a conditioned paradigm of how we interpret the world is threatened, we feel the need to defend this perspective. A healthy liver or balance within the wood element would manifest as the ability to consider perspectives and paradigms without getting overly emotional. There is a detachment between the logic and the emotion, which enables us to utilize rationality and opens us to seeing through our conditioned paradigms. When there is this relationship to differing ideas there is a smooth flow of liver qi because in Chinese medicine the liver governs smooth flow of qi throughout the entire body.

When liver qi stagnates it can manifest as either irritability or depression. If it stagnates for long enough it can lead to a buildup of heat and progress into a diagnostic state known as liver fire which is the uprising of yang energy and heat to the surface, manifesting as explosive anger, red eyes, vertex headaches—and most likely attacking the digestive system since from a Western medicine perspective the fight or flight response of our nervous system shuts down the digestive system when we are in a state of stress.

This model of understanding can be compared to Obsessive Compulsive Disorder (OCD) health trends and extremisms, which reinforce rigidity and the inability to be flexible in perspective. The element of wood when in true health is flexible and able to bend. Another example of the wisdom of Chinese medicine and its physiological organ relationships is that people with stagnate liver qi tend to be physically rigid, inflexible, and stiff.

This is due to the liver being correlated to the sinews and tendons in Chinese medicine, thus when there is stagnate qi within the liver, the tendons and sinews are not flexible and physical, mental, and even philosophical rigidity ensues.