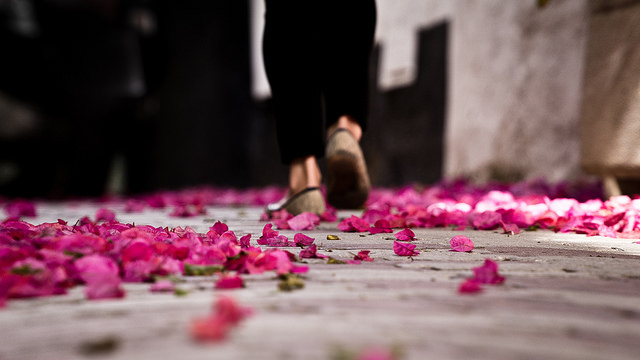 A Note from Rachel: Typically I edit these letters for space and clarity. This time, I wanted to offer an only mildly edited version of the message so that readers will get to know the depth of the writer’s feelings and concerns. It’s not always the crux of the issue that we need to look at; it’s the process—the story—of how that issue came to life that holds the potential for human connection and understanding.

Q. My last relationship was my second one, ever, in my 20 years of earthly life. We met in high school, lost touch with one another, and reconnected during my sophomore year of college. When we reconnected, he swept me off my feet with his kind words and his listening ear. I’m not sure if this was one of his tactics to get me to fall for him, or if it was genuine. He told me how interesting and beautiful I was and told me that he’d be an idiot to not allow me into his life again, even though he was in a relationship with someone else. He eventually broke up with her and began spending more and more time with me. I’d come home from college every weekend, just to see him.

From there a relationship, the type I had always dreamt of, grew. He was tall and slender and we could listen to “A Love Supreme” and “Back to Black” on rotation all day. I thought, deep down, that he’d be the one by my side for the rest of my life. I knew, for sure, he was the one when he brought up having children. He would go on and on about how they’d have his green eyes, my long legs, and how we’d be a happy, dread-headed, raw vegan family.

It looked so perfect. It looked like he really cared about me.

But looks can be deceiving.

Every weekend, I’d come home to see him. He’d call and say he was on his way to my parents’ house, and there was a 75% chance that he wouldn’t come. He’d stand me up so often that I would actually expect to not see him. He would always come up with excuses; his car won’t start, his younger brother has to do this, his mother has to do that, he’s in a crappy mood.  He’d tell me that he was on his way and I’d wait up for him, only to get a call with him on the other line saying how he’s “so sorry,” and how he’s “lost all will to do anything.”

This person who I thought was a king, a God, a loving, smart, beautiful being, slowly became a burden on my being. He kept apologizing to me, telling me to “be patient,” and that soon, “it will all be better,” and that he was afraid to lose me because without me he’d have no one.

So I stayed by his side. I felt selfish for even thinking about leaving him. I fell into a deep depression. My skin would grow ugly blemishes, and my weight would drop. I couldn’t sleep, I couldn’t eat, I couldn’t concentrate in class. He’d call me, just for me to stroke his ego, but he’d ignore my calls when I just needed someone to talk to. I had no friends. I had no one but him.

One night when he came to visit, I wanted him so badly. We lay on the couch embracing one another until I got the urge to, you know. He declined and said “Not yet, I respect you way too much,” but he then proceeded to attempt to pleasure me orally; the experience was extremely unsatisfactory, and I can’t help but wonder if he performed horribly on purpose, just to say “I did this for you, so I must love you.” I was preparing to return the favor, but he declined that as well.

A week or so after that, we broke up. It was a Saturday. I hadn’t heard from him all day. I texted him around noon, “Call me when you get a chance.”

He called me around 8 or 9 that night. I asked him what he wanted with me, what were his goals with me? He said, “I just don’t care anymore.”

I hung up the phone. He texted me shortly after that and said, “I’m just holding you back, maybe we should just break up.” I was so fed up at this point. I didn’t care about how he might feel or even if this drove him to suicide. I replied, “You are holding me back. Maybe we should break up.” Faster than he had ever replied to a text from me before, he said “Thanks for giving up on me.”

After the breakup, I felt great, better than I had felt in months. All I wanted was to be happy again—like I was before he came into my life. For weeks, I didn’t even think about him, until I realized that he was still my “he.”

He was still the one who I planned to spend the rest of my life with. I just knew he’d be running back to me. After all, he said he loved me. He said without me, he’d have no one. He was still the subject of all my dreams. He still clouded my thoughts. I still saw his face when I listened to Amy Winehouse.

Three months, going on four months later, I still can’t stop thinking about him and I hate it. I don’t want to think about him ever again, and I’m just waiting for that one person to take my mind off of him. He’s jumped into another relationship. She’s shorter than I am, and wears black lipstick and dark eyeliner, and it it hurts and I’m angry, but not jealous. I don’t necessarily want him back. When I look at photos of him, I cringe. When I think about how we used to embrace one another, I almost want to vomit—but I still love him.

A. It sounds as though your connection to this man was indeed a very powerful one.

It was also one-sided. This may sound like bad news, but in reality, it is far from it. Before I explain why, let’s look at the events in your timeline:

You met, had a great time listening to music, sharing your life, even planning a future together. The moment you decided to invite him into your life further (by meeting your family), he became distant, moody, and depressed.

We’ll take a pause here. You were connected, then who pulled back? He did. Why? There are a number of reasons that cannot be confirmed because he is not here to talk to about them. But we can likely assume that if he’s “lost all will to do anything” seeking help from a trained therapist for depression would be highly recommended for him.

Moving on: As you continued in this relationship—pulling him along with you and him resisting—you develop depression yourself. Of course you do; it’s exhausting and draining to have to make all the effort. Why do you stay? Because that connection you feel with him seems like it fits you so perfectly that you couldn’t possibly walk away. And the idea of walking away when he’s depressed? When he’s asking for your support and love? What monster would leave a partner just because he’s in pain? So, he tells you “be patient” and you are…for a while. Then it becomes clear that you are getting nothing from this coupling—not even sex. By this time, you’re fed up and you let him go. The moment you do he fires back a salvo of wounded words: “Thanks for giving up on me.”

But was it not he who gave up on you?

The moment he decided not to make an effort to connect with your family, the moment he did not get help for his depression so that he could have a happy and healthy life (ideally with you in it), he made the choice to give up, not you. And you got better. No more sadness and depression caused by a dysfunctional relationship. Now he’s in another relationship.

So why does it hurt? Because you’re human. Having connection and then having that connection taken away hurts, regardless of who took it away, why it was taken away, or whether the person offering the connection was even the right one for you. You’ve pointed out that the memory of embracing him makes you “want to vomit,” yet you love him. I’d ask if your definition of love includes physical revulsion. Do you love anyone else this way? Could it be that it is not this man you love, but rather the connection and care you felt you had with him?

Back to the original point—that your love being was one-sided is a blessing. This is because it was you who held the love. (He most certainly was not capable of loving you the way you needed to be loved. No one suffering as he was suffering is able to be an equal partner.) What can you do now? You can release this man by holding him tenderly in your thoughts and wishing for him that he gets the help he needs. In the meantime, take care of yourself. Celebrate your life, do what you enjoy. By doing that you will attract to you a partner who is able to meet you where you are.

A true loving partner elevates us, he or she acknowledges the beauty in our souls and helps us to be better people. We do the same for our partner. However, it must be a give-and-take dance between you. One partner cannot drain the other all the time just as one partner cannot lift the other all the time. There are periods when one partner is the helper and the other is in need. But these roles reverse and shift back and forth. This is what creates real balance in relationship.