One Couple’s Quest to Find a Natural Cure for Addiction. 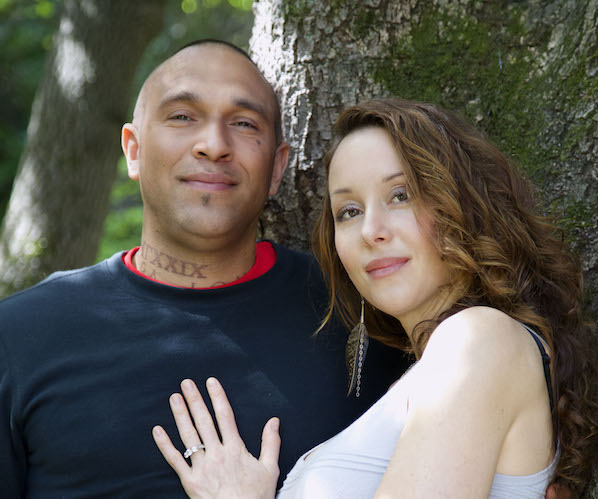 This is an original article about the book Heart Medicine: A True Love Story—One Couple’s Quest for the Sacred Iboga Medicine & the Cure for Addiction (2016) by Elizabeth Bast.

You’d never guess, looking at him now, with his glowing skin and bright eyes and authentic smile, that he was ever strung out on heroin and inches from death and mean as hell.

He looks more like a triathlete than a former junkie. But he was lost once, then twice.

When I first met Chor Boogie aka Joaquin Lamar Hailey, he was sober. Militantly sober. Yet, as a teen, he had spent a few years devouring every drug he could get his hands on, with heroin being his favorite. But that was ancient history, or so I thought.

Six years into our passionate relationship, he relapsed on heroin. It a slow descent at first; he was being covered by one spec of dust at a time. His art career took off like a jet. He worked himself to the bone, painting 10, 14, even 17 hours at a time.

He didn’t have the best self-care practices; he numbed himself instead of nourishing himself. Alcohol found him at art openings and parties, and this proved to the quintessential slippery slope. He drank like a derailed train.

“You can’t be in our home or around my son like that,” I demanded. So he packed his demon in his suitcases and partied hard on his work trips. Fast forward through a couple years of drinking, and heroin haunted him again.

He confessed to me that he had relapsed one night after a trip. I was shell shocked. I never thought I would stay with a drug addict. Not for a second. Yet these words of guidance came to me immediately:

As I researched how to help him, I was dismayed to learn that 90% of opiate addicts relapse in the first year in our allopathic medical system of treatment. Pretty bleak.

After he confessed, I spent time in nature, talking to the trees in that silent, still language that nature lovers know. Suddenly, it was as if the word iboga just dropped down into me through my crown. In that moment, I couldn’t remember where or when I had heard about it. It was as if iboga was remembering me.

“Iboga…is good for addiction. Is that right?” I thought and hurried home to scour the internet.

Like Ayahuasca, San Pedro (Wachuma), Peyote, and Psilocybin mushrooms, iboga is considered a sacred plant teacher or “master plant” by indigenous people. The root bark of this perennial shrub, native to Central West Africa, has been taken by Bwiti and Pygmy people in ceremonies since ancient times for spiritual initiation and physical healing. More recently, iboga has been proven to have powerful addiction-breaking effects in medical studies and observational research.

I learned that iboga is one of the most medically volatile psychoactive plant medicines, especially when used for drug detox. Carefully sifting through all the misinformation on the web, it became clear that iboga could be safe and effective when administered by a highly skilled provider with adequate medical support and pure, high quality medicine.

When I first brought up iboga as a treatment possibility, Chor was filled with resistance and fear. Slowly, as he was exposed to my findings, he opened to the possibility. We chose a provider: a traditional Bwiti shaman with extensive experience treating addicts and qualified medical support in Costa Rica.

I decided to experience the medicine as well when I learned that it had been reported to help alleviate PTSD. Little did I know at the time how much his relapse and my pain were delicately interwoven.

It was a rough ride, getting to that healing retreat center in Costa Rica. He had become so polluted that I could barely recognize him in the end. There were many moments that I doubted he would make it to our destination alive. Through strong intentions, intuition, and plenty of prayer, we found our way.

What I saw after that first iboga treatment was the single most astonishing miracle I have ever witnessed. In just 24 hours, his body was purified, his cravings were eradicated, light returned to his face, and I could see his soul again, looking back at me through his eyes. I will never forget his genuine words on that first morning after: “I love my life.”

Upon our return to the ordinary world, I was amazed to discover just how many people have never heard of iboga, and the people that did know about it were often encumbered with misinformation or fear or dangerous assumptions about usage. So I wrote a memoir. It is raw and intimate and ruthlessly honest, just like the medicine itself. It is also serves as a tool for education, transmitting vital information about the healing intelligence of plants and the importance of strong ceremony.

Sadly, iboga and ibogaine, the semi-synthesized pharmaceutical extract, are currently illegal in the US, along with all other psychoactive medicines, despite evidence of its efficacy for addiction treatment and other ailments. Paradoxically, iboga is regarded as a national treasure in Gabon, and measures are being taken to prevent poaching and illegal export.

The question arises: Why is this powerful medicine illegal that can heal in a single treatment when administered by proficient providers, while people can be kept on methadone and other highly toxic “drug replacement therapies” for decades?

The future is bright: Ibogaine research has been increasing in recent years. The Multidisciplinary Association for Psychedelic Studies (MAPS) is sponsoring research to collect observational data for the first prospective ibogaine outcome studies in order to contribute to the growing scientific literature about ibogaine as a treatment for drug addiction.

The Governor of Vermont is now considering an addiction treatment trial with ibogaine for the very first time in the US. Iboga is still available and unregulated in Costa Rica, Canada, and Mexico, among a few other countries.

After our healing experience with iboga, Chor Boogie and I were inspired to help others. In December 2014, we traveled to Gabon, Africa, where we began the first part of a long-term iboga provider training.

There, we experienced a traditional Bwiti initiation, Rite of Passage, and wedding. We intend to someday serve as iboga providers in countries where the medicine is legal. We currently serve as activists and advocates for iboga, sacred medicine ways, the Bwiti tradition, indigenous peoples rights, drug policy reform, and holistic addiction treatment. 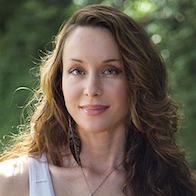