Why we should get Squeezed for our Health.

October is #BreastCancerAwarenessMonth and today I’m wearing this to support @lutherungirl ❤️ pic.twitter.com/XSkhdTeyEq

Every October is Breast Cancer Awareness Month. A special month dedicated to those diagnosed with breast cancer and those who have lost their battle with the disease, and also a time for the rest of the women in the world to go and get a mammogram.

Like the rest of the population, I had always seen the reminders on TV and heard about it on the radio, but I seemed to always find an excuse to not schedule a test for myself. In my defense, I still thought of myself as too young to be checked for breast cancer—until I met a special friend on Twitter.

After our first few tweets, this lady quickly became more than a friend to me. Her name is Michelle. She lives in Indiana with her husband and two cats, and is currently battling Stage 5 breast cancer—and is only a few years older than I am.

Michelle is the coach on my Twitter running team. Last year, while she was going through chemotherapy and radiation treatments, she still continued to not only cheer on our team’s running miles, but also kept logging in miles herself. Even Michelle’s doctor was shocked that she found the strength to continue running during this difficult time, when most of his patients can barely function. He warned her not to do too much, but never told her to quit running—in fact, he figured that was the one thing that was keeping her going.

The thing about stage 5 cancer is there is no cure—a shocking bit of news to accept. After receiving a diagnosis like this, most people would be depressed and have a hard time functioning, but Michelle heard this news and decided to educate others about the disease. She also continued to be our head coach, saying that tweeting positivity to our team members kept her busy and helped accept her diagnosis.

The scary part of this story is that Michelle was completely fine one day, and simply found a small rash on one of her breasts one morning. Thinking it would vanish on its own, she waited a few weeks. When the rash continued to spread, Michelle went to a doctor, never thinking that it was going to lead to this devastating  diagnosis.

After talking to Michelle for months through private messages on Twitter, I decided to go and visit her. We spent an amazing afternoon together, going out to lunch and talking about both our lives. She shared with me the details of her treatments, which ranged from total nausea to the loss of her fingernails due to extremely strong radiation chemicals.

When I left her house that evening, I knew that I needed to do something. This was at the beginning of October last year. I decided to make a campaign on Twitter, asking all of the women on our running team—and all of my other followers—to go and get mammograms. I was doing this not just to honor Michelle, but in hopes of keeping everyone safe.

The next week I went in for my very first mammogram. I was extremely nervous. I had breast implants and had heard that this would make the procedure more painful, but I knew it was something that I had put off long enough, and I needed to endure this for my own health and for my friend.

After getting the exam done, I realized the hardest part of the process is simply making the phone call to schedule the appointment. The testing was slightly painful but nothing I couldn’t endure—just an uncomfortable feeling. The entire process only took about 10 minutes. It’s all done in a private room, where an x-ray technician positions the breast on a plastic tablet and moves the camera into position. She then turns a crank, slightly squeezing the breast to a flattened position, in order to get a good view with the pictures.

I was worried that I’d be embarrassed, standing in front of a stranger with my breasts out, but that was not the case at all. In fact, they keep you covered in a gown on one side, and the technicians are very compassionate, making sure that nothing is too uncomfortable. I left there feeling elated that I had done something that I had feared for years.

Unfortunately, a few days later, I received a phone call that my mammogram came back with a spot that needed further examination with a breast ultrasound. Immediate panic set in. This was absolutely not something that I was expecting to hear. I made the appointment for the very next week, wanting to find out immediately.

The ultrasound was not painful at all. I laid on my side while the technician took several pictures. It was very quick, and I was informed that I would receive a phone call from my doctor within days. In the meantime, I continued to take to Twitter, promoting mammograms to all of my friends.

When my phone call came in a few days later, I breathed a huge sigh of relief when I found out that the diagnosis was that I had an enlarged lymph-node that was near my breast tissue. The doctor didn’t think it was anything of concern, but still wanted me to come back in sixth months so they could keep track of it’s size.

It was at this point that I realized how important our health is, and how it can change in the blink of an eye. Michelle is athletic, being a runner since high school. She has never smoked or done anything unhealthy—she just happens to be one of the unfortunate ones who’s been dealt a life-changing cancer diagnosis.

From that moment on, I decided to never put off my yearly physical exams. As unpleasant as they are at the time, they also can save your life. I had no clue that I had that lump on my breast until it was found on my mammography slide. Lucky for me, it was nothing to worry about—but if it had been cancer, I would not have known about it unless I was examined.

Although October is coming to a close quickly, you don’t have to only get an exam that month. Keep track of when your last physical was, and make sure to keep up with everything from dental visits, gynecological exams and everything in between. If money is an issue, there are many places that will help by doing free, or reduced cost exams for those in need.

If you are unsure how to schedule a mammogram, ask you family doctor like I did. They gave me the number for a local women’s clinic that specializes in mammograms and is affiliated with the hospital. Like I said before, the hardest part is simply making the call.

Be it October or even December, go and get squeezed. It might just save your life. 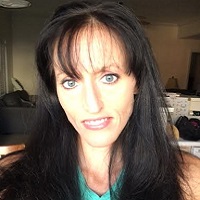