A Ritual for Changing the Book of Life. 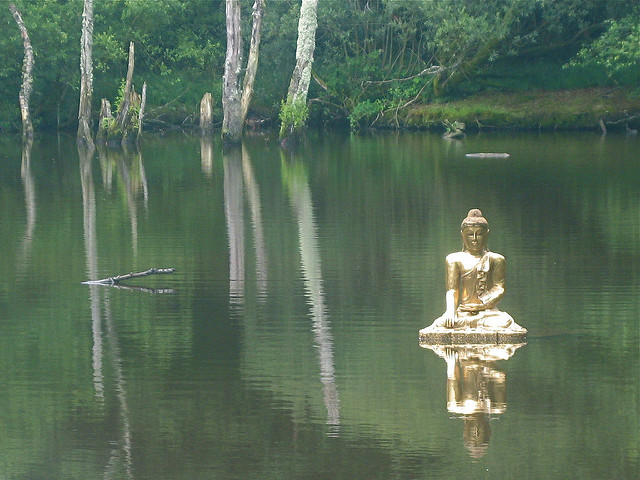 Who are the White-lighters? These folks breathing white light through their navel with the hope that their world changes without any additional effort.

They are the write-it-down and it-will-happen people who say, “If you speak it, it will appear!”

Unfortunately, reality doesn’t work that way. If we’d like something to actually occur, ya know, like in a physical reality that we are participating in, we have to invest quite a bit of action into an event before it manifests. Matter is quite a complex notion, especially if you want to move it around or make it do something that’s a deviation from its current path.

Making changes to our lives can be complicated. We might want to say goodbye to a friend who continually pisses us off, but that friend is connected to 27 other people we actually like. How then do we move through space in time and fine-tune our experience without creating absolute social havoc?

To effect real change in our lives, requires emoting and a change in behavior. Ritualizing the changes we desire can produce a great deal of emotions which results in an up-leveling of our wisdom. Without emotions, there’s no wisdom and without wisdom, it’s difficult to make better decisions.

I cried my eyes out yesterday saying goodbye to someone I had said goodbye to long ago. The problem was that when I exited that relationship, I didn’t fully emote the change. Conversely, when I’ve ritualized a change that I want to see happen, the emotions come and I’m clearer. Then when I make the actual change, it’s a much more full-body, resolute and complete experience.

A ritual is a physical action involving words, symbolic gestures and objects that we find to have meaning in our lives, the coordination of which help us visualize a greater level of peace or a change around a reality we are experiencing. In short, a ritual is a personal, physicalized prayer.

There are many things in the new age and Pagan scene that I find either funny or fascinating. The funny things I’ve witnessed in these circles are the wacky personalities, some of whom seem to have no footing in reality. They make up new names for themselves like BunnyFart, refuse to get jobs and they regularly eat dirt. Good for them. The rituals I’ve witnessed are fascinating, especially when they produce a palpable effect in someone’s life.

There is a ritual that I learned from a powerful healer which changed my life. To make it even more clear, the name of the ritual is called Changing the Book of Life. With a gallon of water, a blanket and a list of things I wanted to pray about, I hiked into the Pecos wilderness, veering off the main path for around 10 miles. After a full day of hiking at a great pace, I was deep in the real wilderness (not the wilderness marked by signs and toilets). I climbed atop a steep hill above the tree line and I sat in lotus position and meditated.

It was a super hot day in August so I took off all my clothes and drank some water. I felt peaceful and resolved in what I was about to do. A mountain lion walked nearby and climbed further up the hill. He sat there and watched me for quite some time. There were no birds but a few tiger moths floated gently nearby. I took out a piece of paper titled, “Changing the Book of Life Ritual,” which had a list of instructions, along with my list of all sorts of things that I wanted the universe to shed some light on.

The ritual asks that we choose a deity. I chose a power-quad of Jesus, Amma, Buddha and a Tree. I imagined the four of these super powers working on my behalf throughout the entire ritual. The instructions stated that I was to imagine each challenge that I wanted changed in my life and ask the deity to “change the book of life” for all time.

Here’s the way it works:

>> Imagine you can see your deity (or imagine an expansive universe) in front of you in the sky.

>> Imagine the challenge and speak it aloud. (In all cases, it involves at least one person.

>> Ask the deity or universe to help the people involved in the challenge by making sure they have no love lost in this change you are requesting. Ask that all dangling threads of need, hope and desire are fulfilled and nurtured in every way by the limitless universe.

>> Thank the universe and all parties by sending them love and saying goodbye.

I thought I had a handful of things I wanted to change, but the more I got into it, I was releasing more and more. I thought this ritual was going to take a couple of hours and then I’d be off hiking, but I let go of 40 people and events, and it took seven hours to complete. Throughout these seven hours, I cried, laughed, sobbed heavily, pounded the earth in anger, freaked out, pissed myself, had anxiety, shouted out my pain to the sky and completely exhausted every level of my being in every way. It was a relatively insane experience, but wow was it powerful.

As I looked out across the tree tops, seeing this beautiful sunset, it was the most clear sky I had ever seen. I could see eternity. I peeked over my shoulder and saw the mountain lion was still there, as peaceful as ever. I was so grateful that I bowed my head and thanked the universe for this changing of the book of life.

I thanked creation, knowing I would receive my gifts, talents and attributes back and I would feel more whole. As I lifted my head with love in my heart, 20 feet in front of me, just off the edge of the cliff appeared 40 beautiful, loud, singing birds. I knew this was the universe reflecting back to me all that I had given away in my life. I felt heard and I sobbed for an hour in gratitude. There has been nothing even remotely similar to this experience in my life. It was beyond life-changing. I slept soundly atop the rocks that night.

All I know about this ritual is that it was powerful and it worked. I released things I never thought were possible. Everything was lighter after that day. My life felt realigned and focused. My heart no longer cloudy and my relationships simplified. I was renewed in every way.

Days later, I had strange voicemails from a few people I had let go of. They must have felt something. I know I sure did. 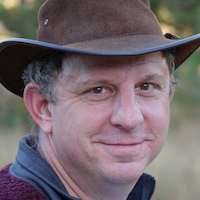