An Open Letter to the Bully in my Newsfeed.

You are exactly what I was worried about in this election, and I expect I’m not alone. The bullying has begun.

And you can call me a bleeding-heart, liberal p*ssy all you want, because I believe in respect and compassion and understanding.

My consolation is that you seem to be the minority of both parties.

I believe the world is a better place when we stop calling each other names and trying to bait each other into inconsequential arguments for the sake of argument. I believe that using sweeping generalizations to define your “them” and validate your arguments is prejudice in a different hat.

I believe it’s possible to debate and disagree on real issues without degradation.

Despite you, I still believe that.

I’ve watched you lump together those who don’t agree with you and I find it unnerving. Your flippant use of words like every and always and all does nothing but stereotype when you talk about everyone who must be bleeding-heart liberals because they don’t side with you. If you removed the bigotry from your posts, maybe I could see the nugget of insight you think our country needs so badly.

I’ve watched you announce on social media those who’ve unfriended you for your political opinions, claiming that these “liberals” can’t handle the truth (because obviously anyone who disagrees with your views falls into that “every” category of PC liberal). Or you call them intolerant and try to publicly shame them to the rest of your following for being weak and uneducated.

The truth is they’re tired of feeling bullied, insulted and stereotyped. But somehow that seems to prove to you that they are in fact p*ssies who can’t tolerate another person’s point of view.

Let me say this: There is a big difference between my respecting your right to free speech and putting myself in earshot of your digital bashing of those with different opinions. It isn’t weakness, but rather the essence of free speech that allows us to unfriend your gloating and slanted views.

For clarity, I believe the system was broken long before this election, serving monetary and corporate concerns over the needs of its citizens, treating corporations as people and money as speech. Our nation no longer advocates for the people, which I might remind you is supposed to be its purpose. You can stop crafting your “now the system’s broken because Trump was elected” argument. It wasn’t him.

I suppose you must have supported Trump thinking that somehow his leadership would improve your life and the lives of your fellow citizens. I hope that I’m wrong about him, but I think you and I must face different struggles. I want big business out of our government and here you are voting in a branded candidate.

Maybe you don’t want our government to get back to the business of serving the people, but I do.

And maybe I’m completely off-base with what you expect or want the role of our government to be. I wouldn’t know, because your political message is so muddied by your aggression that I can’t hear it. I hope this is the case, and that the new regime (as you’ve called it) will change things for the better—for all of us. I also hope your behavior doesn’t reflect your entire party.

Despite your representation, Trump does have some policies that could benefit us all: six weeks of mandatory paid maternity leave, tax-deductible child care, tax breaks for colleges that reduce tuition costs. I can get behind those.

This election has also sparked our nation’s interest in politics and inadvertently brought awareness to key issues like government corruption and the economic divide. Hopefully interest in these efforts won’t end now that the election has. There’s still much to do.

Either way, all I ask is that you take a lesson from your leader. Try some graciousness on for size. I wholly expected him to say nah-nah-nah-boo-boo in his acceptance speech. And while I’m glad he didn’t, I wish he’d asked you to follow his example of winning sportsmanship.

So I’m okay with being labeled a p*ssy. At least by your definition.

I’m not willing to “go to blows” over an argument, and I don’t think that, free speech or not, anyone should have the right to openly degrade and bully others. I believe it’s called being the change—and if we made it the norm, instead of the exception, the world would be a better place. I want the world to be kinder, more tolerant. My contribution is my attempt to embody these in practice. Every day. Even after I’ve failed at it.

I clearly can’t control your actions, but I am in charge of mine. I choose to love. I choose compassion. I choose understanding. I choose peace in the face of bigotry.

I choose to unfriend you, not out of weakness, but out of strength. I’m unfriending you, because while it takes a lot of effort to align my words and actions with what I want to see more of in the world, at least I choose to try. 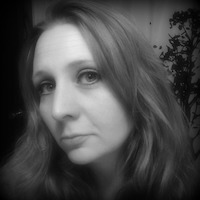