Conspiracy Theorists may be Delusional, but they just Swung the Election. 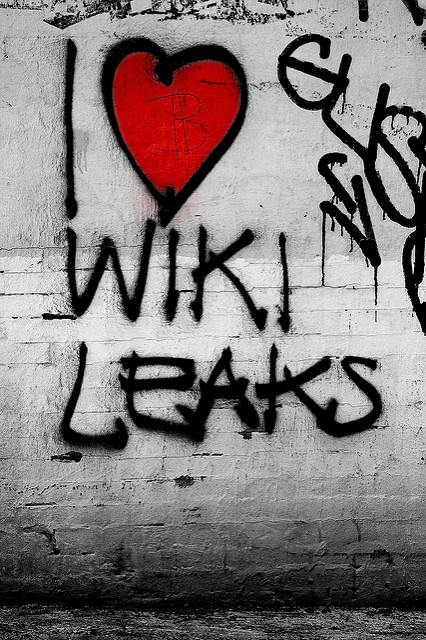 It has happened countless times: I’ll be on social media debating someone who has clearly never studied the issue in question.

They are out of their depths, arguing points that can be easily disproved through any serious news source, academic journal, scientific study or glimpse at the Wikipedia reference page.

But then they post a link to an article from a conspiracy site about a leaked document providing incontrovertible proof of their position. The only problem is they have not actually read the article, and are referring instead to what they believed the headlines implied.

The world appears to them a frightening place, where anything can happen, in much the same way Islam appears to ignorant Americans after a major jihadist terrorist attack. The motives of political leaders appear to them pathological and irrational, contradictory and deranged. They simply have no idea what is going on. And they are freaking out, lurching from the far left to the far right, in search of solutions.

Trying to understand, for instance, what is happening in a conflict as complex as Syria through a handful of leaked documents is like trying to figure out what is happening with your neighbors by listening through the walls: “She said something about homemade potatoes. Now he is yelling about trees. Or perhaps he hurt his knees. Maybe he is going to hit her and we should call the police.”

Trying to make sense of the character of a candidate like Hillary Clinton through a series of leaked documents—when there exist countless well-researched and considered biographies and hundreds of personal stories online—is simply stupefying.

The conservative statesman and philosopher, Edmund Burke, once complained of the representatives of a leftist faction of the French Revolution, saying they appeared to have acquired their understanding of the world through assembling the bits and pieces of newspaper stories. While newspapers can tell you what it happening in the world, they seldom have the space to explain the deeper causes, so Burke considered knowledge assembled in this way as dangerously prone to undermining the kind of social and political norms that take centuries to build and a lifetime to comprehend.

Burke saw what was coming in the French Revolution a few years before it degenerated into the random violence of Robespierre and the guillotine. While he is often considered the first modern conservative, he was a British democrat, who supported the American Revolution and Indian independence about a century-and-a-half before Gandhi came on the scene. And his name is coming up a lot these days, as saner conservative columnists, like David Brooks and George Will, try to explain just what is so wrong with Donnald Trump.

It has often been said that the far-right lives in its own epistemological bubble. Epistemology is that branch of philosophy concerned with how we know what we know, making an epistemological bubble a sort of self-enclosed universe of knowledge. It is not simply that the they have their own websites and news sources, and thus different data sets.

They go about understanding the world in entirely different ways. And liberals have often argued that it is inferior in that it is anti-science and non-rational, thus dispensing with our best tools for understanding the world. Traditional conservatives have argued the far-right is dangerous because they run roughshod over the political consensuses that sustain our most cherished national institutions. Both these positions have something to do with the way they construct their notions of truth.

But while the conspiratorial Left has taken up the liberal line of attack on conservatives, they would do well to scrutinize their own epistemological bubble. Social media has made it easy for anyone with a temper to jump into debate on an issue, never having read a single book, or even a single article. People accustomed to this sort of argument inevitably apprehend a world that makes no sense. Thus, they tend toward explanations ungrounded in research, which are by nature unsystematic, but nevertheless promise to sum it up fast. Conspiracies and leaked documents play this role well, masquerading as fetishes, invested with the aura and magic of primitive talismans.

Pre-scientific views are often magical—for when there is no science, the world appears more a place of mysteries. And that may be well and good for a Jungian psychoanalyst, whose commerce is in the world of dreams. But when the world of politics begins to appear as little grounded as a dream, political dreamers often experience the world as a nightmare.

They would do well to step back, take a deep breath, and open a book. But instead of widening their views, they are more often narrowed. They reach for conspiracies, and the conspiracies play the role of pseudo-science, much like the fundamentalist’s own answers to the march of science. We have answers and they are definitive. The world is definitive and we know what it means.

As my partner, Samar Hanna—an Oxford Doctorate in Clinical Psychology—points out, the conspiracies provide a justification for the inability to cope with and understand a complex and often overwhelming world. Conspiracy theories provide the notion that there is a reason why we can’t comprehend, and it is because we are being fooled. If only we could find who is behind it, the world would come into focus and start to make sense. It is a reflection of our perceived lack of control and influence in the world, and a poor substitute for research and reason.

And it is telling how this played out in the recent election. The leaked emails did not really tell us much new about Clinton, but where the emails were lacking in substance, we made it up nevertheless. The mere prospect of titillating secrets took on a life of its own, fueling rumors and perceptions, which ultimately created the new reality of a Trump Presidency.

The only problem is that the answers made no sense because they were built on mirages. And if the Left begins dealing in a world that makes no sense, we should expect of them no less than Robespierre’s guillotine. If support for Putin and Assad are any indication, and the failure to distinguish between Clinton and Trump, they certainly are well on their way.