Don’t Blame America—Fascism is growing everywhere & Millennials can Stop It. 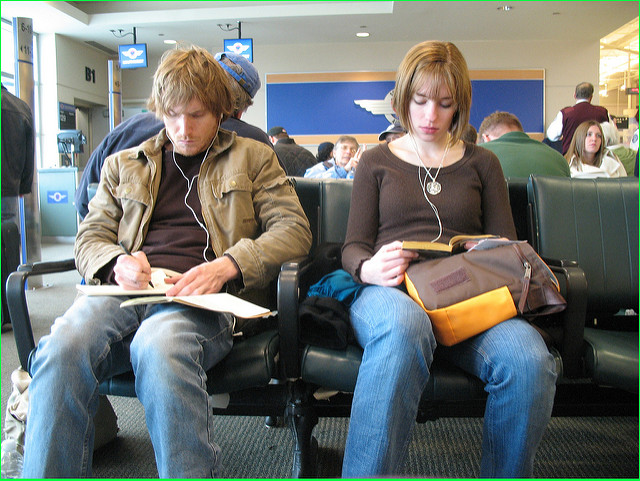 Amid the ashes of ruin, it is common to point fingers in an effort to name just who it was that burned the house down, so we should not be surprised to find a lot finger-pointing over Donald Trump’s election.

We blame the Democratic National Convention for having backed the wrong candidate, Jill Stein and the Left for having sabotaged Hillary Clinton’s candidacy, the smugness of liberals, the idiocy of conservatives, James Comey and Julian Assange. But these are national problems and the fascism Trump represents is rising everywhere.

If we are to explain why Trump was elected, we need to account for the fact that Right-wing parties are growing in popularity—Vladimir Putin in Russia, Benjamin Netanyahu in Israel, Abdel Fatah el-Sisi in Egypt, Xi-Xinping in China, Andrzej Duda in Poland, Rodrigo Duterte in the Philippines. Each are more conservative than their predecessors, each more prone to threatening violence.

Many of these governments are simply more authoritarian and economically conservative than their predecessors, but most are more nationalist, militarist, xenophobic, and authoritarian. And some, like Putin and Duterte in the Philippines, look an awful lot like classic fascist regimes.

The rise of Right-wing and authoritarian governments is so pronounced that outside of Iran and Canada and a handful of smaller African states, it is difficult to think of a country whose government is more progressive today than it was, say, five or ten years ago. And even where Leftist governments have retained power, like Venezuela and Ecuador, they appear ever more broken and less democratic, as if clinging to power by a breaking vine.

These governments did not get into power because the DNC pushed Clinton, or Stein sabotaged her campaign. But a lot of them did ride to power on the promise of making their countries great again—and they are responding to much the same stimuli as the American electorate.

If we want to understand what drove American voters to elect a proto-fascist like Trump, we will learn a lot more by asking what these states share in common with America than in asking how it could have happened here.

And what we find is a world in which immigration is rising everywhere, as birth rates explode in poorer countries and decline in developed democracies; as it becomes easier to travel and transfer cash; as developed states get better at integrating diversity; and as failed states bleed populations in search of better lives.

What we find is that the millennial generation shares more in common across widely divergent cultures than they do with the older generations of their own cultures. They dress much the same, use the same technologies, listen to the same music, and share the same norms. And their common global generational culture is all but inaccessible to older people.

What we find is inequality rising within most states, as technological development hollows out the middle class, as corporate chains devastate small businesses, and as the model of the welfare-state loses its appeal. And what we find is the experience of inequality becoming ever more painful to bear, as social media, immigration, and travel drive home the massive gulf in lifestyles separating the rich from the poorer world.

Altogether, the world is more overwhelming and complex than at, perhaps, any time in history. It is a world in which only the most socially dynamic and resilient people thrive. And most of these people are younger, more diverse, more tolerant, and technologically proficient. But there is another reason we are seeing this massive global turn toward conservative authoritarianism.

The middle of the last decade may be looked back upon as a globally progressive era of peace and prosperity. Leftist governments were swept into power across Latin America. Eastern Europe was in the heyday of democratization. President Wen Jiabao of China was talking about the need to democratize. Economists were talking about wiping out world hunger once, and for all. Conservative scholars of international relations were even talking about letting emerging democracies, like Turkey, Brazil, India, and Indonesia into the U.N. Security Council. And America had just elected its first African-American President.

It is sometimes difficult to sum up what is happening in a place so big as Earth.

But it seems the kind of cyclical swings between liberal and conservative governments that once characterized the American electoral system, which Arthur Schlesinger Jr. first wrote about in The Cycles of American History in 1986, have also gone global. And if that is the case, these are dangerous times indeed.

For a world of conservative regimes, each seeking to make itself great again, each threatening the other and poised for expansion, in a multi-polar world whose order is in flux, it’s a recipe for another world war.

But there is a way out.

The baby boomers are dying and millennials will soon be taking power—everywhere.

And just about everywhere, they are more liberal and tolerant, and they are more inventive. While many people see in the millennials a failed generation, they have only just begun to knit the world together in new and fascinating ways. But while they have tied us all together, we are a tattered and threadbare fabric.

It is a generational mission every bit as great as the mobilization to fight the fascism of Nazi Germany and Japan. But it is a mission to which millennials everywhere are more than capable of meeting head on.