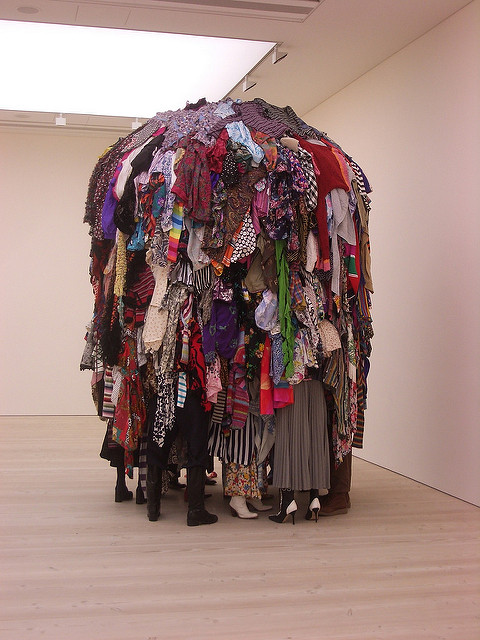 I have always loved fashion, clothes and shopping.

Having lived in several cultures, I enjoyed observing how our relationship with fashion mirrors society’s philosophical, socio-economic and political patterns, as well as technological advances.

Whether we use clothes to send messages of status and power or to express our creativity and uniqueness, I always felt that clothes, as a language, are an effective and revealing way to exteriorize our internal state.

So when the time came for me to choose one of elephant journal’s Facebook pages to manage as part of elephant Academy program, the Ecofashion page was my first choice.

As I started researching material on Ecofashion, the first fact that I learned—and was surprised I hadn’t heard before—was that fashion is the second largest polluter in the world, second only to oil.

When I heard talk of pollution, I imagined oil spills, coal power plants or raw plant sewage diverted into our rivers. It never occurred to me that my clothes could be on that list.

Fashion’s carbon footprint is tremendous and it is led by fast fashion, as it churns out an astonishing 150 billion new clothing items annually to satisfy the demand for frequently turned over hyper trends of clothing that doesn’t last. The constant availability of new trends sold at cheap prices seems to keep us in a constant state of desire to buy the latest, leading to mindless accumulation and bursting closets.

This fast fashion consuming epidemic seems to know no borders. The whole world is in a state of mass hypnosis in this endless cycle of feel-good, instant-gratification consumption addiction, buying more than 80 billion items of clothing each year. This is about 400 percent more clothing today than just two decades ago.

The second fact that I learned that shocked me was that as we buy increasingly greater quantities of clothes, we also discard them at a shocking pace.

With cheap clothing abundantly available, we are beginning to see what we wear as disposable. Most clothes are worn, on average, only seven times before they are discarded.

One in three Britons has thrown away six or more items of clothing in 2012, according to a survey of U.K. consumers by Marks & Spencer. A fifth of respondents to the survey admitted to tossing out a garment after a single wear. At an average cost of $35.60 per discarded item, this means that more than $127 million of serviceable clothing ends up in landfills each year after it’s worn just once.

This is way beyond a little shopping therapy. This seems more like a cycle of binging and purging, a shopping bulimia! According to experts, eating and shopping disorders may share commonalities in how they develop.

Some of the main causes of eating disorders are psychological and cultural influences, including negative body image and poor self-esteem.

Compulsive shopping, in which individuals experience an uncontrollable urge to buy things, is characteristic of highs and lows commonly seen in other addictions.

As I learn these sobering facts and statistics, I turn my attention to what goes on in my own home. My three teenage daughters are now starting to buy their own clothes, enjoying their own “shopping therapy.” As their disposable income is quite limited, they naturally gravitate to such fast fashion chains as Zara and H&M, just like most of their peers.

I must admit, that when out shopping with my girls, I was on occasion involved in helping them make a decision whether or not to buy an article of clothing they desired. It rarely had to do with actually needing that item; it was often emotional. And although I usually question the validity of their wish to buy yet another top, the battle is often solved when I see the ridiculously low price. The difference between their faces lit up with desire and the inevitable disappointment and whining when they understand they may not get the coveted item does not seem to be worth the battle over a $15 price tag, which is often resolved in favour of the purchase.

It is also true, although the importance of it hasn’t dawned on me until recently, that they have on several occasions bought things they haven’t worn more than once, if at all. Since that has happened to me on several occasions in my own decades-long shopping career, as it has to all of us at some point or another—I usually just discounted this as “live and learn” exercise.

But the unsettling statistics that I have access to now compel me to stop and think. I simply cannot go on with business as usual knowing what I know now.

Interestingly, as a mother of daughters, I was always keenly aware of the potential dangers of eating disorders in teenage girls. I made a certain effort to have healthy alternatives at home and teach my daughters the basics of nutrition. In any case, I feel that as parents, we have access to both information and help regarding eating disorders, when necessary. However, besides some isolated and mostly comical stories of successfully recovering shopaholics, I feel that there is not much talk of the “dangers” of fast fashion shopping addictions.

Of course, there is no risk of death from too much shopping. However, the undeniably detrimental impact of fast fashion addiction on our planet and, consequently, on the quality of our future is without doubt.

So why are we addicted to buying cheap clothing?

Because it is easy: with prices so low, we do not have to force ourselves to make a difficult choice and go for instant gratification instead.

What does it say about us as society? Our first-world life of creature comforts and easy access to everything seems to be more and more about the pursuit of pleasure. The fast pace of modern life, with its constant stress and the pressure to achieve and perform turns us into a society looking for escape that promises quick, sugar-rush results.

What is the way to stop this merry-go-round of mindless buying and throwing out? Each one of us will have to pause and become accountable. Next time one of my daughters would like to buy another unnecessary article of clothing, I will have to do the difficult thing and actually face her and tell her about the real cost of this $15 top to the planet and to her future children.

According to Linda Blair, a clinical psychologist in UK, “People think they need lots of clothing, that they need to be surrounded by choices, however, psychological research shows that having more choices actually leads to indecisiveness and less satisfaction rather than greater contentment.”

As I myself have learned the hard way, it is not through consumerism that we shall achieve fulfilment and happiness in life. As my daughters are growing this is yet another subject that I must address through discussion and by example.

I do not preach to stop having fun. Girls will be girls. I just hope to become less impulsive in my own shopping habits. Next time I get an urge to buy another cheap article of clothing to add to my already cluttered closet, I will definitely stop and think whether it is really worth it. 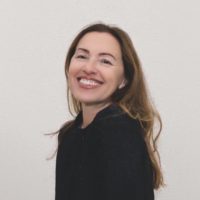