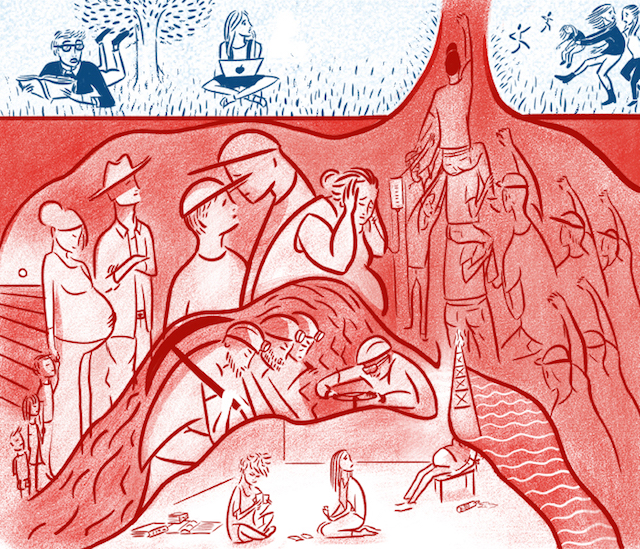 The shadow* has risen. The balance of power has been upset. The repressed parts of the collective psyche of the United States (and the world) are coming up to claim their space.

Donald Trump is on his way to becoming the 45th President of the United States. Like most of you, I too am in shock. Somehow, the world feels different now. It is as if there has been a nationwide psychosis.

On a personal level, we experience mental breakdowns when our rational egos are overwhelmed by forces from the unconscious. Often times, these forces lurk in the dark due to our own failure to recognise, acknowledge, and integrate them into our personalities. They may constitute our unexpressed desires, unheard thoughts and feelings, or unclaimed aspects of our own personalities.

The ego represses the shadow forces because it fears that these forces will bring disorder to its world. Often times, it will remain wilfully ignorant or turn the other way when the shadow seeks to integrate.

In my opinion, this is exactly what we are seeing on a national level. The collective rational ego that has long been ignoring its own voices of anger, discontentment, and resentment is now shocked to find its power being usurped by these forces that are coming to the surface. And these unconscious energies have the right to do so.

The Yang will have to give way to the Yin. As the magnitude of order increases in the world, the scale tilts and gives way to disorder. It’s the way of the cosmos to restore balance.

Now, in this state of limbo, we will have to take a closer look at the disowned and discarded aspects of our society. In introspect, we will have to answer to every voice that has been silenced and exiled into the deep murk where it has metamorphosed into something deranged and has now come up to demand our attention. It is time to ask some hard questions, both as an individual and as a society.

We will have to examine whether part of this country felt disenfranchised, forgotten, and left to fend for their own while being ignored by not only the rich and powerful, but also by the mainstream, their voices and concerns not heard until they transformed into a loud shriek on election night.

We will have to investigate if there was indeed a culture of political correctness that tried to silence the voices of a certain class of people without giving them a chance to express their opinions.

Did we downplay the fears of common people, who were concerned about the rise of extremism in many parts of the Islamic world? Did we as progressive liberals exclude them from a fair conversation by denouncing them as Islamophobes?

Was there a way for masculinity to express itself uninhibitedly without censure or was it deemed too aggressive for today’s age? And without a valid outlet, did it go underground and transform itself into something toxic that took back the power by force?

Were we quick to eschew and dismiss some strong fundamental beliefs because we did not want anything “conservative” on our plate and have they now surfaced to balance our progressive liberal value system?

Maybe there was too much positivity and optimism without a substantial base that needed to be kept in check?

Here’s the deal: we may not agree with what the shadow says. We may not like what we hear. The opinions of the “other” may sound damaging to our way of life and thinking. That is a totally valid way to feel. But the rationale here is that acknowledging these antagonistic voices and engaging with them in a nonviolent fashion is way healthier than repression.

We don’t have to agree with these antithetical views, but we must aim not to suppress them.

Just like how a personal crisis in one’s life is resolved by integrating the suppressed parts of oneself, it’s important to take some time to reflect on the parts of the collective psyche that have been repressed by the collective rational ego, which did not want to acknowledge or deal with their presence, and find a way to integrate them.

The shadow that has risen now has its own problem. It intendeds to build walls and engage in aggressive combat to fight with what it deems an antithesis to its way of thinking. This shadow will undoubtedly try to suppress the voices of rationality and reason. It will no doubt try to silence the feminine. It will try to deport anyone not in line with its values to the same dark corners from where they came.

Its way of dealing with disagreement is the same as ours: repression.

To prevent these acts, we must now ensure that our own voices of progressive values are listened to and understood by the powers that have ascended, and we must do so peacefully. We must also do this without shaming, blaming, or name calling the shadow elements that have now come to power.

If we are not careful about using a non-violent approach, then we risk not being heard and instead, be banished to the unconscious part of the collective psyche where we will remain for some time until we emerge to take back control in a never ending cycle of power struggle.

The challenge ahead for all of us lies in not repeating this pattern of repression and breakdown for eternity. That can be damaging to the collective psyche in the long term. We must aim for a permanent healing of this psychosis. That can happen when repression is replaced with integration. Then we shall know peace.

*The shadow, a term coined by the founder of analytical psychology Carl Jung, denotes those aspects our personality that we choose to consciously or unconsciously not identify with. For a person who considers themselves good, their shadow may include feelings of hatred, extreme anger or negative self-judgement. Conversely, the shadow of someone who identifies openly with these aforementioned qualities may include love, tenderness, and vulnerability. 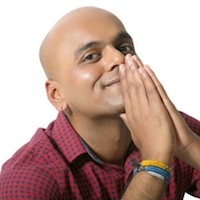