It is Time for Men to Look at Donald J. Trump & Find Ourselves. 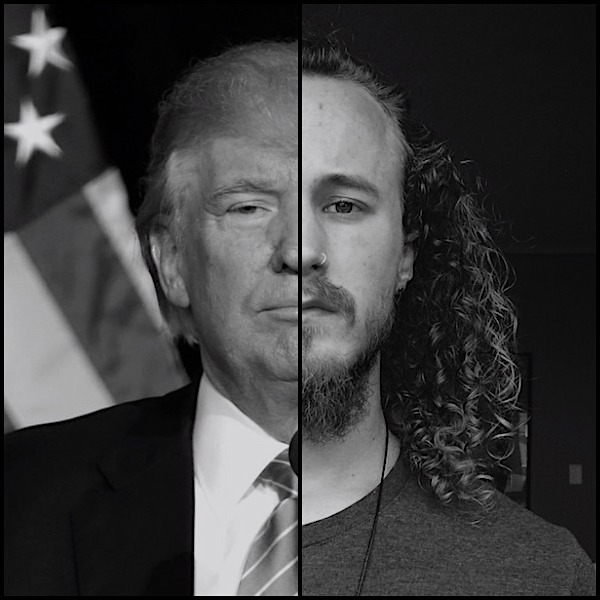 Donald Trump’s remarks weren’t the first time I have heard men talk about sexually assaulting, objectifying and dehumanizing women in both private and public spaces.

Every week, I spend time with men with whom I play sports and eventually, conversation usually turns to women; whether it be women in our lives, women not in our lives (anymore), or women who happen to be in and/or around the physical space we are occupying.

After one of our games, we went out to a sports bar and some of my teammates commented and stared at the bodies of women who were working there, often getting graphic.

“Look at her ass, goddamn…I would definitely fuck her. Bro, she wouldn’t be able to handle me…she would take that shit, though…she would be begging for more.”

I sat there and did nothing as the men around me raised their voices as if someone had just scored in the game we were watching, in laughter and agreement. My head went down, and I became silent. My silence gave permission to these men around me, it showed I accepted and supported not only what they were saying, but my role in it. I was participating in sexualization of these women, while upholding men’s sense of entitlement to demean and objectify them. I was supporting their misogyny.

Speaking up and calling out are not easy actions to take or more men would do it.

There are consequences, of which I am very familiar. I have lost a job for speaking up about a colleague’s words and intentions, who later went on to harass and assault another colleague. I have lost friends who were unwilling to stop their demeaning treatment of women in their intimate relationships when confronted. I have lost an entire side of my extended family for speaking up about the blatant gender roles happening—men being able to sit and watch sports, while women cook dinner and clean up afterward.

At the sports bar, I was afraid that if I spoke up I would lose more friends or I wouldn’t be welcome on the team anymore. Sports are like meditation for me. I was afraid my words of disapproval would be written off as being too sensitive and making a big deal out of nothing. So I suffocated my need to speak up, to yell, to plead, to cry, to show disapproval in the most visceral ways. Even though I have spoken up and called out many times before, I froze and did nothing.

My silence is built upon the same foundational systems that led to Trump’s words.

While Donald J. Trump’s remarks are explicit and straightforward, I have witnessed many less explicit conversations and stood idly by as they permeate and have had similar impacts of the dehumanization of women. This includes the entitlement to women’s time, energy and bodies we (men) express and feel ownership over.

This pattern of dehumanization is the reflection I see of myself within Donald Trump and his support of sexual assault.

Recently, men have started to distance themselves from Trump’s remarks by saying these things do not happen in locker rooms. These athletes mean well, but they are sharing their experiences of being in locker rooms, while denying that sexually assaulting women never comes up as a topic of discussion. In my experience, men do talk about their conquests over women and other insidious comments in locker rooms and other male dominated spaces.

In Trump’s case, the space of the locker room is being mobilized as a euphemism for a space dominated by men, a space where women are not allowed to enter. This is not to be taken literally, but should be expanded to all spaces inhabited by men, whether they be private or public. We as men must look beyond locker rooms and not use this as a way to dismiss the presence of these words/views in our own lives and within our own mouths.

This is a call to men.

We do ourselves harm by uncritically distancing ourselves from Trump without understanding the pieces of ourselves that we see in him.

If we cannot find our reflection in Donald J. Trump, it is not because there isn’t one. It is because we are trying hard to (un)consciously not see it. Whether we are hiding in our shame, fear, guilt, pain, trauma or other spaces internally where we are afraid to go, we need to be willing to tune into ways we and other men around us are consciously and unconsciously harming women.

“She gave me blue balls.”

“She got me aroused, the least she could do is finish the job.”

“She has dick-sucking lips.”

“She’s awkward. So she’d work harder to please me, because no one else would want her.”

“She would probably let me fuck, suck me off and then make me a sandwich.”

The possibility that we are supporting the same views as Trump is a scary thought, but a very real one, even if our support is not as overt and explicit. In order to work through the thought, we must think it; we must feel it.

Don’t let us off the hook.

I could feel and empathize with the pain shared in the first half of her speech as the camera panned over the faces of women and young girls. Without a doubt, everything said and felt in that room about what women experience because of patriarchy, toxic masculinity and men everywhere, is true. I feel grateful that she had the space to validate it in such a powerful way.

The second half of her speech, as she switched gears to speaking about men and boys is where I began to feel something else.

“And to dismiss [Trump’s words] as everyday locker-room talk is an insult to decent men everywhere.

The men that you and I know don’t treat women this way. They are loving fathers who are sickened by the thought of their daughters being exposed to this kind of vicious language about women. They are husbands and brothers and sons who don’t tolerate women being treated and demeaned and disrespected.”

Why are we letting “decent men,” “loving fathers,” “husbands, brothers, and sons” off the hook?

Are we not a part of the same systems that lead women to be killed for not giving us their number, thereby rejecting us? Or for not wanting to dance with a man? Or the countless men who sexually assault women on and off college campuses across the nation, whether there is physical force or emotional coercion involved?

Trump’s remarks were not insulting and demeaning to me as a man. As a man, I am not entitled to the disgust, pain, trauma and danger felt by women.

Witnessing sexual violence (in this instance, through words) is different from experiencing it and being in danger of it happening to you. Instead, Trump’s remarks are a reminder of all the times I have heard similar comments and said nothing. They are a reminder of times when I have made remarks that harmed women.

I look at Donald J. Trump, and I see a potentiality that could be me. If I do not continually work to challenge myself, fighting the urge to distance myself from traumatizing, dangerous remarks about women, then there is the possibility I will become what I run from. I will become a person who is saying and doing things that are “not as harmful as Trump” but supporting and upholding systems that are emotionally and physically harmful to women.

Donald J. Trump is not unique. He’s not alone in these remarks or these patriarchal views.

Donald J. Trump is a reflection of the status quo.

He is a reflection of men.

He is a reflection of me.

He is a reflection of systems leading men to feel entitled to women’s bodies without consent.

He reflects the systems that allowed Trump to feel entitled endorsing sexual assault while Billy Bush laughed along and did not say a damn word.

Donald Trump may be the most important mirror we have ever had the opportunity of looking into. One we cannot look into if we pretend our reflection does not exist. 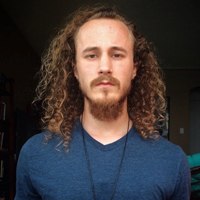