People with Anxiety are Not Seeking Attention—This is what They Need. 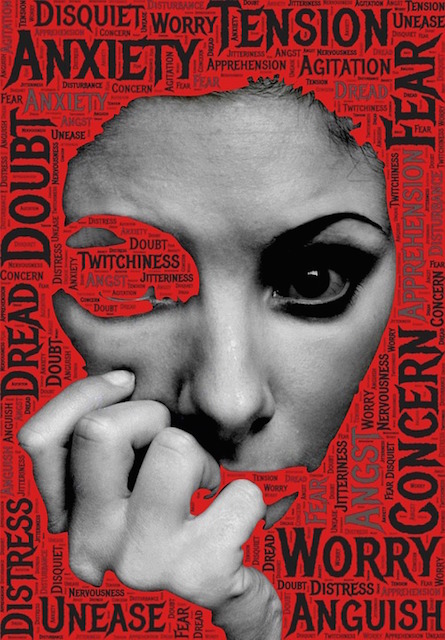 Envision living with almost constant fear—fear that something unknown, yet terrible is going to happen.

Picture a life lived always trying to stay a step ahead, trying to anticipate, and thus prevent, or at least be prepared, for impending disaster.

Imagine endless worry about what could go wrong, what may have already gone wrong, threats both known and unknown, accidents, calamities, humiliation and social faux pas.

This is life for people who suffer from anxiety disorders. I know, because I am one of them.

Now imagine, on top of all this fear and terror, living with an added layer of guilt and shame, and having to deal with friends, family and associates who are angry and frustrated because they do not understand and do not have the skills needed to help someone with anxiety. Often, they will lose patience and lash out, accusing the person with anxiety of seeking attention.

I’ve had anxiety since I was a little girl, and for just as long, those closest to me have called me a drama queen. They’ve made fun of me, yelled at me and subsequently ignored me, throwing up their hands and telling themselves: “She’s just doing this because she wants attention.”

I always felt hurt and confused, because the idea of looking for attention never even entered my mind, and I couldn’t understand why so many repeatedly said that’s what I was doing. What did they mean? Often, I actually feared attention, so why did everyone accuse me of seeking it?

Chances are, you know someone with anxiety, or you suffer from it yourself. The condition is common, as we live in a world that is inadvertently designed in such a way that our society doesn’t meet the real needs of most of its members. The world has become pretty scary and overwhelming to those of us who were made a little more sensitive and emotional.

People with anxiety are not purposely seeking attention. They don’t want to be in the spotlight. They don’t want to sap your energy, steal anyone’s thunder, or make it all about them. They don’t love drama, and contrary to popular belief, they don’t actually think the whole world revolves around them.

These prejudices about people with anxiety are caused by a misinterpretation of their behavior. As with all mental illnesses, behaviors are symptoms. Symptoms can’t always be controlled, and people with anxiety need more compassion and less criticism.

Until recently, I was unable to articulate what I sought. I knew it wasn’t attention, exactly, but I’d gained enough self-awareness to see how the ways I acted could be considered “attention-seeking” for sure. I felt a need, but I couldn’t explain what the need was. So I texted, and called. I pleaded with my friends. I posted too much on social media, and then escaped into the world of my phone screen waiting for likes and comments to tell me everything was okay.

I was too much; I was never enough.

I tried to do everything, and then I got scared and retreated and avoided everyone because I was embarrassed and worried about what people were saying about me. Unfortunately I still do these things more often than I’d like.

But what I finally figured out was that I was looking for reassurance.

At the very core of our anxiety lives one unanswerable question: Am I going to be okay?

Those of us who deal with this lack the ability to convince ourselves that we are safe and well. We aren’t good at calming ourselves, so we look to others for outside validation. We hope that the people closest to us can give us our missing sense of security.

I’m scared of flying. When I’m on a plane I obsessively watch the flight attendants. If they’re unruffled, and don’t look concerned I figure I can settle down, because if something were really wrong then they’d be worried too. If the flight attendants start to panic, I know we’re in trouble.

Anxiety sufferers use the people in their lives as disaster barometers. We know we can’t trust ourselves to gauge a situation accurately, so everyone around us becomes our metaphorical flight attendants. When we can’t talk ourselves off our proverbial ledge, we use the people closest to us, the ones without anxiety, whom we believe are “normal” to help us feel safe.

All we want is for someone to tell us that everything is going to be okay, and then make us believe it.

I get that that is a big job to dump on my loved ones and thousands of internet strangers. I know that this can be exhausting to be around, especially when our anxiety seems like a bottomless pit that can never get enough compliments, love, affection, and soothing to banish it forever and let us live bravely in the present moment happily ever after. Trust me, none of us with anxiety want to be this way. We hate the drama it causes as much as you do.

But understand that the reactions of others who just don’t get it can really escalate our symptoms.

If you know someone with anxiety, I am asking you to muster up some extra empathy and compassion. Please seek to mindfully change your perception of their actions from attention-seeking to reassurance seeking. If someone is scared and panicking, even if to you it seems ridiculously irrational, stop making accusations and start offering a little more comfort and validation. It may not be enough. It will not “fix” this forever, but it won’t make things worse, and the anxiety sufferer will appreciate your kindness and effort.

Anxious ones, this sucks. I live with it every day. Our brains are wired differently. I often compare my anxiety disorder to a car with a stuck accelerator and faulty brakes, and I’m not a fan of careening down the interstate at 120 miles per hour without always being able to stop the car and get out.

I’ve always felt sad and responsible for the way others have treated me, but finally I’ve gained some insight into why I act the way I do, and this has allowed me to offer some empathy and compassion to the people who around me who have a hard time “getting” my condition. We might be panicked and worried, but we too can offer those around us kindness and understanding. They need it as much as we do.

And while we’re at it, we can stand to give ourselves a break from self-criticism and guilt once in a while too. We might not be able to fully reassure ourselves, but we can begin to learn how by practicing a little more self-love and gentleness.

Anxiety disorders are terrifying, inconvenient, unpleasant and frustrating for those who have them and those whose loved ones live with the conditions. If we can change our perceptions and stop with blame and guilt, offering compassion and reassurance to ourselves and others, we can all move a little closer toward healing not just people with anxiety, but our entire society.