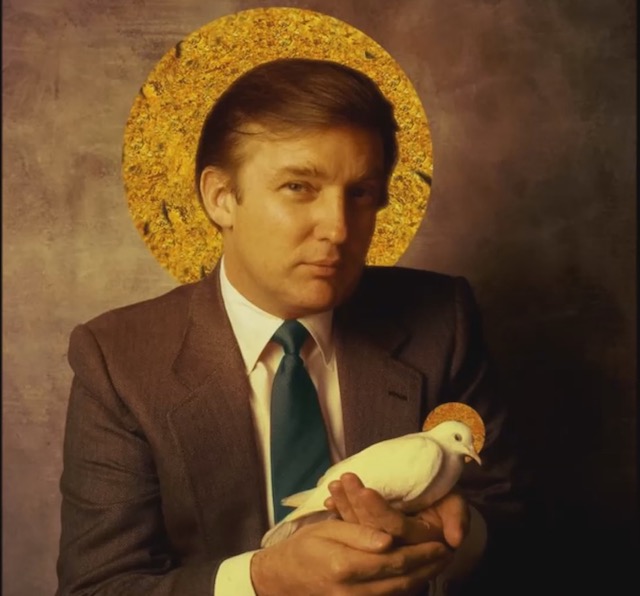 As a survivor of sexual assault, I feel extremely triggered by the fact that we have elected an alleged predator to lead our country—someone with whom I would not feel safe alone.

Someone whom I know sees me as an object for his control and pleasure. As a survivor of an eating disorder, I feel triggered by the fact that we have chosen a leader who thinks my body needs to look a certain way in order for me to be valuable.

As a white woman, I feel embarrassed that 53 percent of us who voted have internalized our oppression so much as to excuse such behavior. As a friend and confidant to dozens of women who still struggle to heal from the trauma of abortions, I feel dismayed by the fact that he thinks you deserve to be punished. As a mentor of young people who are bullied, I feel crushed by the fact that you are now getting the message that bullies win.

I feel profound sadness that we elected a president because he “tells it like it is,” meaning he is someone who is unafraid to put the appallingly discriminatory world view of this country on loud speaker.

But deep down, I know that electing Donald Trump to the presidency is a surface-level manifestation of a much greater shift taking place. A shift that I welcome with open arms: the ego death of our country.

America has an ego—a system of beliefs, morals and values that sanctions the subordination of some and the domination of others. Like any ego, it needs to believe in its separateness from the whole in order for it to survive. For centuries, America’s ego has glued itself together with patriarchy, white-supremacy, xenophobia, homophobia, ableism, ageism, lookism and classism.

Our dominant ideologies have a life of their own. Some would say that the election of Donald Trump as our president signifies that these ideologies are stronger than ever. I believe that it only seems that way because these ideologies, like any living thing, will fight the hardest when they feel the most threatened.

In the process of purification, the ego tries desperately to protect its idea of being a definite thing that is separate from the whole. It is afraid of dying and so it struggles immensely to prove itself and get us to hang onto its idea of who we are. The death of this idea of separateness causes intense pain and confusion.

As our collective consciousness rises, our separatist dominant ideologies are being challenged and America’s ego is flaring up in response. These ideologies are scared of losing America as their home and desperately trying to protect themselves. America’s ego is literally trying to build a wall around itself to protect itself from attacks—to maintain its illusion of separateness.

Through our collective awakening and realization that we are not separate, our ego is in great pain. This pain has manifested in the ignorance of Donald Trump. It is embodied by a leader whose narcissism has closed his heart from any realization of connectedness. A man who is a walking ego.

I choose to believe that our country is going through a great transformation. It therefore is acting like a wounded animal because its ego is fighting for its life. The idea that some lives are more valuable than others—an idea upon which those in power have profited from all of humankind—has finally been so challenged that it is scared. It only seems like this idea is stronger than ever because it is having to fight harder than ever to make itself known. But it can’t survive long. Too many people know the truth. The collective action of activists throughout history have poked too many holes in it. And as it rears its ugly head, its grotesqueness will only be more visible for what it really is.

Old, violent, dominant ideologies sense that their demise is coming and therefore need to fight this hard in response. What we are seeing is the oppressive identity of America crying out in pain because of the damage that our awareness has done to it.

Rather than being afraid, we must remember that, as in the words of Rumi, “the wound is the place where the light enters.” So rather than reacting to the pain of ego, I am choosing to be grateful that I was able to vote for a woman for president. Grateful that the glass ceiling may not be broken but that it is cracking. Confident that this is the wake up call that we need to catalyze lasting change. Hopeful that a large dose of such blatant displays of discrimination will pull us out of denial and into committed action. And hopeful that this will be the mirror that our country needs in order to look itself in the face.

Don’t be enveloped by the ego’s pain. Watch it compassionately as it struggles. Don’t let the anger and frustration and bitterness steal your ability to be understanding to all, no matter whom they supported. Let the depth of our sadness help us deepen our roots so that we can grow taller and stronger. Let this cause us as a country to confront our shadow. Let this be an awakening. I know it is for me. Love “Trumps” all.