What’s Up with Emotionally Unavailable People—& am I One? 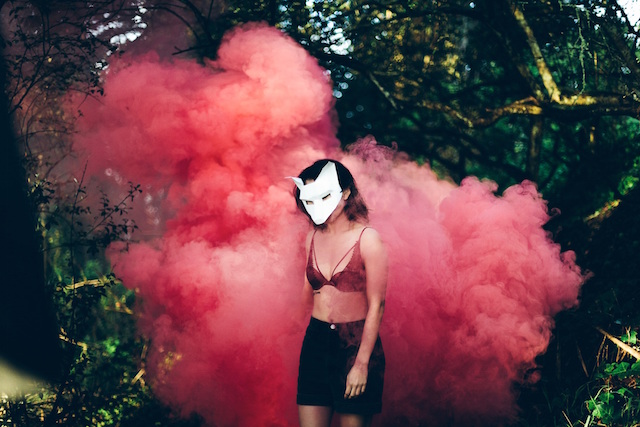 I have bounced back into the dating world of late, and I keep running into this funny thing: fairly friendly individuals who are also incredibly distant.

It seems okay to chat with each other about what we see, taste and hear, but to talk about what we feel or truly desire is off the table. So we do this dance of talking about everything but what we actually want or need from this interaction. Intimacy. Love. Sex.

Sometimes I have gotten the feeling that we are both just undercover connection detectives, but perhaps there is something else going on here.

This dating thing has begun to make me speculate that perhaps certain people do not actually want intimacy, because if they in fact had it, it might open up a chasm inside of them that would break apart the safe reality they have currently formed.

Because really, things are different when we date in our 30s. If we’re single, we’ve usually got our own flow going on and it has often come after walking over, under and through some sh*t.

To open up to another person again at this point could make our world crumble, at least for a little bit—and do we really want that?

So I have had to ask myself, do I do the same thing too? Am I also emotionally unavailable?

Do I avoid plunging in deeply with people because I am afraid of being vulnerable? Or perhaps I’m afraid of appearing to desire…well, what I thought I wanted (deep connection). But do I actually want that? It does come with its risks.

I try to pride myself on being transparent—or at least vivid enough that who I am appears on my surface rather than buried under a screen of ruffled feathers and silky sheets. Apparently, though, I may be slightly off, because my recent experiences have left me wanting more, not just of another but also of myself.

So I wonder again, is it me?

Do I not share enough anymore? Have I gotten tired, slightly disillusioned and maybe a little bitter? Do I now protect my wild heart instead of simply baring it?

I remember being at a party when I was in my early 20s. I was mingling with other women and men there who were in their 30s and I recall thinking, These women are so tough.

I also remember feeling like they were the most beautiful women I had ever seen, because they came across as a bit unapproachable and somewhat fierce.

A 30-something-year-old man that night said to me, “I can’t stand women my age. They are so bitter with life.” And he nodded over to a group of said women. It bothered me to hear him say that, and I realize he probably thought I was an easier target.

Now I know what he meant.

There was one thing he missed, though. Their bitterness had nothing to do with life and everything to do with him. Like me now, they knew how to live their lives fully, without the risk of being hurt by every interested individual.

They didn’t dabble and dip; they either plunged or skimmed, like my more recent dating experiences.

The 20-year-old me didn’t know how to do that. She gave her heart to everyone in hopes it would all work out.

Now I see it takes someone special.

I realize maybe it isn’t the fault of these emotionally unavailable people. I am just as unavailable now—not because I lack the desire for connection, but because my spirit has gotten particular about what and who I’m seeking.

I am mindful of where I would like to put my attention, for I realize that my energy is precious and that only I suffer when I put it into someone my heart knows isn’t right.

These unavailable people my girlfriends and I talk about—maybe they’re also being precious with their energy. Maybe their hearts, too, have gone through the wringer a few times. Perhaps now they are cautious like me.

Am I fierce? Somewhat. Just like those women I met over 10 years ago.

Emotional unavailability, I now understand, is me saving myself for that moment when I won’t want to be distant anymore, that encounter where I will dive completely in with every last breath.

Until then, let’s just talk about the weather.