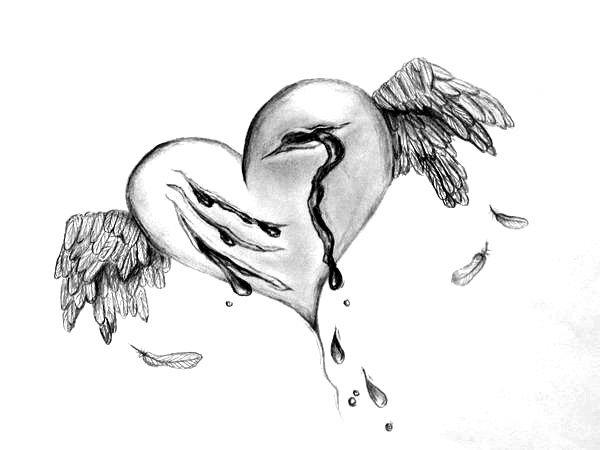 Many empaths are magnetically drawn towards narcissists and often they don’t fully understand the reason for this attraction.

However, the reason is simple: Narcissists are wounded. Empaths are healers.

Empaths are empathetic (obviously) and compassionate and they gravitate toward those who are in pain—whether emotional, mental or physical.

An empath’s instinctive response is to heal others before they focus on healing themselves. This is particularly true if empaths are denying and rejecting their own emotional needs while experiencing the sensations of other people’s pain at intensely high levels.

The empath/narcissist dynamic is perfect for a narcissist. Here is someone with arms outstretched ready to carry the burden of the emotional or mental injuries the narcissist doesn’t want to own.

As empaths are sensitive to emotions, the highly dramatic ones that spill out from a narcissist can feel magnetic. Empaths want to heal, soothe, calm and bring harmony. When they see someone they perceive to be in lot of pain, they ache to nurture and balm those wounds.

Empaths automatically evaluate narcissists and conclude that they are in urgent need of healing energy despite their external arrogant structure.

Empaths immediately get to work on all of a narcissist’s past anguish and try to salve, balm, and Band-Aid their profusely bleeding wounds.

What empaths aren’t aware of is that while they are absorbing and experiencing other people’s raw emotions, they are also frantically trying to bandage their own wounds to try to eliminate their own suffering.

Empaths feel other people’s pain almost as intensely as if it were their own, so they want to eradicate it immediately.

In healing someone else they also essentially relieve themselves of pain.

Empaths often believe they are selflessly focusing attention toward someone else and that their intentions are external and for the greater good of the other person, yet they also unknowingly want to get rid of all the unpleasant, uncomfortable sensations they now feel.

Empaths genuinely believe that with unconditional love and tender care they can salve and medicate a narcissist’s hidden suffering. This is one of the most fatal mistakes an empath can make.

Why would a narcissist need to be healed of their suffering? A narcissist will rarely view themselves as wounded or in need of repair. They believe they are entirely innocent and they never do anything wrong! Narcissists are successful in convincing themselves that their destructive behavior is simply a reaction to everyone else’s issues and so they are quite happy portioning out blame rather than feeling and owning any perceived associated shame.

This is one of the main reasons narcissists are unlikely to change as their inflated egos prevent them from seeing that there is a problem. If an empath tries to make them aware of any flaws or injuries, a narcissist will verbally or possibly even physically attack in the same way an injured dog might lash out to keep people away.

Yet empaths still naively believe they have the power and ability to heal someone who not only isn’t looking to be healed, but instead acts in ways that inflict deep wounds on other people.

We will never be able to heal someone else’s wounds for them. We waste time and energy focusing our attention on attempting to heal injuries that are impossible for us to heal.

The only person that is able to heal a wound is the person who has that wound.

We can support someone who is wounded and who is open and focused on healing, however, we cannot heal anyone else all on our own.

It doesn’t matter how much unconditional love, acceptance, sympathy, compassion, care, consideration, affection or gentleness we pour on to a narcissist—it is highly unlikely that they will absorb any of it.

Narcissists have consciously or subconsciously closed themselves off at the heart center. Not one drop of the healing energy that is radiated will seep through.

No one can effectively change another person, or make them “better” or “whole” or happier or fulfilled or content. We can’t glue other people (that we believe are broken) back together with love. For healing to take place, people need to love, glue and repair themselves from the inside out. We may be able to mask other people’s pain or suffering temporarily, but we will never permanently remove it.

This is something that empaths can find great difficulty in accepting. They often believe that love can conquer all and that it repairs everything. They tell themselves that if they just understand and love a narcissist hard enough all the dysfunction will disappear.

Rather than seeing a narcissist’s pain or suffering as belonging to them, empaths attempt to take it from them and absorb it as their own.

Unfortunately, empaths often forget to acknowledge their own emotional injuries, as they are so busy concentrating on healing others that they can neglect and abandon themselves. They take other people’s pain and pile it on top of their own. If empaths keep giving to others before they take care of themselves, they soon find themselves depleted and burned out.

Empaths often don’t realize exactly how turbulent this dynamic is until they have felt compelled to intervene and become involved in a narcissist’s internal war.

Empaths become so caught up in doing what they feel is best that they forget the one vital component in all of this: the other person also has to also focus their attention on healing historic trauma.

With a narcissist this is not likely to happen. They exist in their ego and have far too much arrogance and pride to accept that they may have injured layers within that are triggering their behavior. They won’t even accept that their current behavior is unacceptable and could potentially cause harm, let alone be willing to drill into messy, unorganized, and traumatic emotions from their past.

It is widely believed that narcissism is a learned behavior, therefore it is also believed that it can be unlearned. The difficulty here is that before any change takes place, the person embodying the behavior must be willing to acknowledge that their narcissist traits exist.

Unfortunately, this is not common as one of the strongest characteristics of narcissism is that they believe they are faultless and they cannot see how their behavior could be harmful to others. Expecting that they will become accountable or start to peel away the layers and begin the work of unlearning destructive traits is highly unlikely.

For a narcissist, the notion of peeling away at all the layers and delusions that they have built around themselves is potentially grueling and a painful process they will avoid at all cost, especially when the layers have become protection to prevent them from experiencing similar excruciating emotions to ones connected to their past.

Each layer could be marinated in shame, guilt, fear, resentment, bitterness, anger, revenge, and blame. A narcissist will do anything to avoid feeling any unpleasant sensation.

An entanglement with a narcissist is an opportunity for empaths to look at their own emotional wounds so that they become consciously aware of their own self-abandonment.

If empaths have unresolved and unhealed emotional trauma, they will subconsciously create a set of circumstances that invite them to confront their injuries so that they can be soothed, healed, processed, understood, and freed.

Narcissists are mirrors that reflect a clear image, showing an empath exactly where their wounds are located. Unfortunately though, it can take empaths some time to recognize this.

Often, it takes delving into someone else’s wounds and feeling the turbulent effect they have on us before we are ready to turn inward and investigate our own internal pain.

Interactions with narcissists are no coincidence—they arrive for a reason.

It is a profound opportunity for immense healing and growth for both involved if they are open and willing to do the work.

In an empath’s eyes, all they searched for was someone to take care of and love. They want to soothe and balm wounds and cover up scars, as other people’s pain is essentially their pain.

However, we are not here to fix anyone. We cannot fix anyone. Everyone is responsible for and capable of fixing themselves, but only if they so choose to.

Perhaps the most unfortunate thing is that most true narcissists will never admit to being narcissistic. They have no idea that their behavior is destructive, so the chance of them contemplating whether they are narcissistic and taking responsibility for themselves is extremely low.

“No one is fixed until they make the effort to change.” ~ Bruce H. Lipton