I have experienced periods in my life when stress has gotten so bad that I’ve completely lost my appetite.

There was just not hunger, despite my need for calories to survive and to have the energy to deal with what’s in front of me.

My autonomic nervous system (flight or flight) was locked in hypervigilant red zone land. My lower brain stem, AKA my reptilian brain, was on high alert for immediate danger or threats to my survival. It’s like my nervous system had decided: “Who needs food when you think a tiger could attack at any moment?” Any sense of hunger was totally overridden by my fear of what was coming next.

This dulling down of my hunger is an old response to stress I developed as kid growing up in an environment where it was hard for me to let down my guard and relax. So, I’ve learned not to trust the messages I get from my body because I know I need to eat three meals a day, whether I’m hungry or not. My logical brain has to override what my body is or isn’t telling me. I’m already a slender person. If I thought listening to my body was the best way to take care of myself, I would have become ill.

I’ve known this about myself for a long long time. But it seems I didn’t understand the flip side until I dug into my work around trauma recovery. Sometimes, when I learn something new and quite frankly obvious, I feel terrible about bad advice I’ve dispensed with confidence in the past.

In my profession, I’m graced with a variety of clients who also teach me through their own area of expertise. I train smart and generally forward-thinking people.

One such person is a straight shooter who works in mental health. She knows I’ve been exploring the widely-reaching impact of nervous system dysregulation on individual health issues. When I was discussing the fact I’ve noticed many people eating in a way that is out of synch with hunger, she told me people who are emotionally dysregulated can’t feel hunger or fullness and the advice to only eat when hungry is useless advice for those folks. I felt a little foolish for this blind spot.

Eating becomes a self-soothing mechanism during stress and it’s more complex than ignoring the sensation of hunger or satiation. Or, stress may become so intense that our reptilian brain decides to protect us from the actually feeling what is happening and we become cut off from ourselves entirely. It’s sort of like going numb, and is referred to as a dissociative response. Some people believe that binge eating occurs during a dissociative state—we go on autopilot and only notice what’s happened after the damage is done.

People who have endured long-term chronic stress or trauma might be completely cut off from hunger or satiation because over time, their levels of interoception or sensitivity—resulting from stimuli inside the body—gets shut down. Also, there’s a good possibility that low levels of interoception can coincide with an inability to recognize emotions and their subtleties and textures. When this starts to be a constant challenge, it is called alexithymia.

In some ways, it’s like being at a rock concert and trying to listen to someone beside you whisper.

Yes, we already know that adrenal fatigue can be a major source of hormonal dysregulation and will affect cravings and hunger cues. If we live in long-term cortisol dependency to function, our levels of ghrelin and leptin get all out of whack, which are the hormones that stimulate hunger or signal satiation. And we know fat cells aren’t as inert as we thought and are almost like an organ collectively signalling to our bodies. That’s a textbook of information.

But then what do we do with this knowledge? We need to focus on nervous system regulation.

Over time, we can affect positive neuroplasticity and start shifting our brain’s functioning so we are using the parts of the brain that will allow us to increase our ability to actually feel our bodies again and not just the physical symptoms of stress or the pain that accompanies long-term emotional, psychological and spiritual dysregulation. That’s our body shouting at us and trying to make us listen.

If we can find ways to bring ourselves back into the present moment and increase our window of tolerance for stress using tools that quickly and effectively impact our autonomic nervous system, we might be able to turn up the volume of more subtle signals from our bodies, like hunger and satiation. 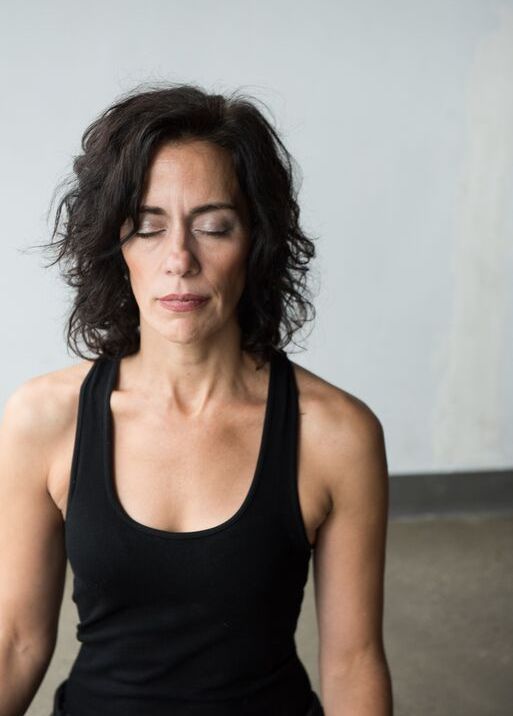 There are more subtle signals from our bodies that get crowded out in the noise of chronic busy, coping strategies and pain.

How many people have I worked with who swear they aren’t hungry and wait until the end of the day to get their first big meal? Or people who constantly snack and have completely shut off the ability to hear hunger cues.

The kicker is the more dysregulated people are emotionally and physically, the less likely they are going to be able to sit for meditation. In fact, sitting for meditation can actually be dysregulating for people who are already highly dysregulated, which can, in part, explain why so many people can’t seem to sit still for any length of time. It’s just sensory overload and thought overload for people who are already just trying to get by day by day.

Starting a meditation practice or engaging in the highly regarded “Mindfulness Based Stress Reduction” program, created by Jon Kabat-Zinn and covered by provincial medical, is like agreeing to start feeling everything again and being willing to meet ourselves in all our potential struggles honestly again. But Kabat-Zinn knew, even back in the 70s when he created the program, that people might need to focus on mindfulness during movement, not just sitting. It’s not a path to feeling good necessarily, but instead about getting real with ourselves. It’s a path to deeper honesty with ourselves and in the longer term, a deeper sense of peace despite outside events because we can more authentically face our whole selves.

This is a lot to deal with immediately. That’s why things sometimes get worse before they get better when committing to meditation.

So as many trauma experts postulate, mindful movement in types of yoga that allow for enough space to tune into physical sensation can be the doorway into interoception. For me, any type of movement that allows enough space to tune into the physical sensations during movement works. Unfortunately, much of yoga is practiced in a way that turns it into a workout instead of a deeper mindfulness practice and many approaches to exercise are about pushing through discomfort instead connecting with our bodies. Exercise that is rushed, or too intense that inhibits breath awareness or is punishing can be dysregulating as well, basically any type of exercise that makes us want to tune out. I’ve seen loads of fitness junkies who are highly dysregulated. Given the complexities of weight loss and fat storage that is less about calories in versus calories out, working out to burn calories is futile.

I’ve been digging deep into research and learning about nervous system regulation and I think the trauma experts are people to watch because whatever works for people with a history of trauma will generally work for people who have lived with chronic stress. It’s all on a spectrum.

I hope I’ve made a case for mindfulness a key element in any weight loss or fat loss approach. I believe that there is a great need for trauma-informed weight loss approaches. People who have lived through trauma or who come from a history of intergenerational trauma are likely going to experience nervous system regulation issues which have shown to cause metabolic syndrome.

A weight loss program that focuses on nervous system regulation is a long process but it’s one that has massive life-altering possibilities. For some people, “listening to our bodies” and only eating when hungry is advice that might come down the road. In the meantime, a simple structure of three meals a day with portion control might be necessary until people can learn how to actually listen and improve overall self-regulation. We can’t hear a thing when there are sirens going off and we are only looking for potential threats to our safety and security. 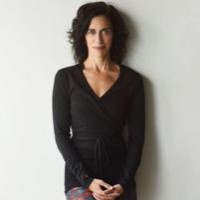