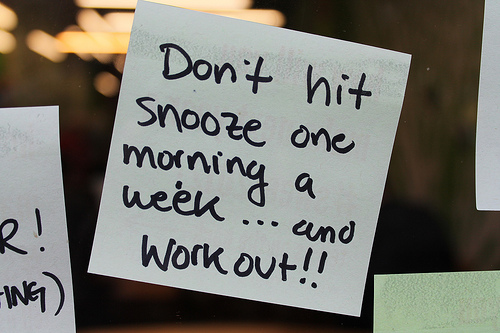 I’ve been guilty of this before.

I hear something from a friend, or I see something on TV, and I think, man, I want to do that too!

I immediately jump in and decide to start a fruit and vegetable juice fast, or to do as many pushups as I can every day for a month to work up to 100 per day, or to only say positive things all day long.

Then, alas, it doesn’t last. I get super hungry after my carrot/apple juice mix, super tired and bored after my third day of pushups, and I start cursing myself with negative words about how ridiculously hard it is to improve at kindness.

So after many failed attempts at creating new habits, I have come to identify three essential tips for making them stick:

In the examples above, the inevitable outcome was “Ugh, why bother?” and I ended up eating whatever the hell I wanted, never exercising, and cursing those other folks for being so successful. So I started asking myself, “Why am I doing this again?”

As I gave it some more thought, I realized that of course it didn’t work for me—my goal was about being like someone else instead of it being about myself! I don’t need to do 100 pushups a day or go on a juice fast to be happy if all I want to do is feel a bit better about myself.

Those other options might be great for other people, but for me they’re too extreme. We can only make long-lasting personal changes if we’re self-motivated. That means doing it because of our own self interests and desires.

There’s a gray area between “super motivated” and “eh, kind of.” Sometimes knowing the difference takes time and practice. Often it’s easier to just start doing something rather than giving it the necessary thought beforehand. However, without that extra reflection, willpower is all that remains when a new habit does become difficult.

When we know our personal motivations, willpower won’t have to play as large of a role, because working toward our goal will be enjoyable and attuned to our own unique needs and desires. It can be the difference between “Yes! I just drank puréed beetroot juice and I feel spectacular!” and “Dear me, this tastes like a sweaty red sock died and rotted in my glass.”

So here’s the thing about habits. People often decide to form new habits such as watching less TV, not eating any food after dinner, or eating fewer sweets. These are all great things to do, but they’re also horrible ways to phrase creating a new habit.

Think about this: If I usually watch TV for four hours a night after dinner every single day while eating cake and ice cream, and I’ve been doing that for the last 10 years, what the hell else am I going to do instead? Just sit there and stare at the wall?

Habits are like songs that get stuck in our heads. The easiest way to get rid of them is to replace them with a different habit that we want to do instead. No, I don’t suggest taking up smoking. I mean a good habit. You know, like reading a non-fiction book, exercising, or watching a reputable, scientifically-based documentary instead of watching Game of Thrones.

Watching less TV is awesome, but why do we want to watch less TV? What else do we want to accomplish? Let’s use that non-TV time to work toward a different goal and our “watch less TV” goal will become much, much easier.

A Little is Better.

Meet Charlie. Charlie has been working out every day for the last week, except yesterday he didn’t because something bad happened. I don’t know, maybe his cat farted on him and he was so mad he decided working out was “stupid” and “hard.”

Anyway, he skipped last night and his goal was to work out every day, so he already failed and might as well give up right? Of course not. As it turns out, making a few mistakes along the way has no measurable impact on your long-term habits.

A habit like meditating every day isn’t about how long we do it, it’s about doing it. It could be only five minutes, but it’s the act of spending that five minutes that forms the habit. It’s not the “thing” itself. Meditating doesn’t form a habit for meditation and exercising doesn’t form one for exercise—it’s about doing it regularly, not about how well we do it. It really doesn’t matter if we suck at it, as long as we do it.

Even if we get sick and have to stop working toward our new habit for a week or more, so what? What do we want to spend our time doing—pursuing the new habit, or falling back on the old ones?

This last one I have to spend some more time on because I feel it’s important. People are really set on getting things done right away and getting it done fast. Maybe it’s the effect of too many commercials. All of this expectation of immediate gratification is annoying as f*ck when it comes to actually doing something well. Generally things are done better, and some things can only be done right, when done a little bit at a time on a regular basis instead of all at once.

Take cleaning for example. How clean will our house be if we spend 48 straight hours cleaning it once a year? 364 days out of the year it won’t be clean at all! If we want a clean house, we must spend at least five to ten minutes every day cleaning it. It’s the only way to have a clean house most of the time.

We can’t just run 12 miles one day and expect to lose weight. A mile a day three times a week for four weeks will get better results.

We can’t pull an all-nighter before an exam and expect to retain the information for more than a short period of time. If we want to learn something, we’ve got to review it regularly.

There is an abundance of other examples out there. The concept works for investing, self control, creating good relationships, spending wisely, and being kind. At the moment, I feel confident in saying that there is nothing this approach doesn’t work for.

So there you have it. It’s not all there is to forming new habits, but it’s a good start. May we all have good fortune in all of our habit-forming adventures.

* Author’s note: For further reading, I suggest Mastery by George Leonard and Rich Kids by Tom Corley. Mastery really drives home this idea of living for the process and enjoying it — work at the process, not towards an end-goal. Rich Kids has some advice about what kind of new habits we should aim to form. 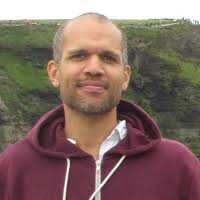