Five Types of Men to Avoid Plus One Worth the Wait. 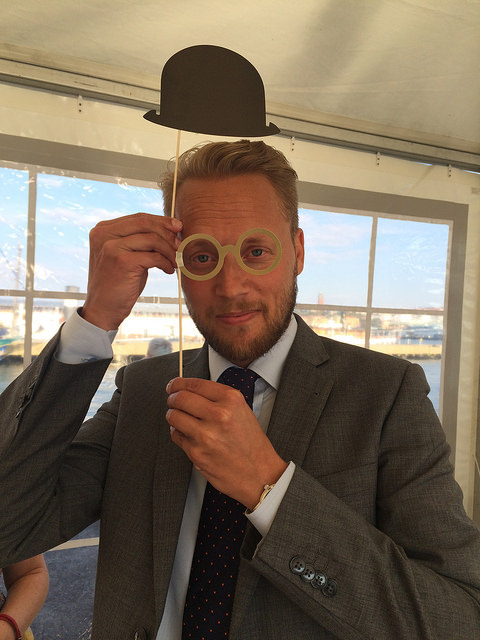 Dating is total bullsh*t most of the time, am I right?

Sure, maybe once in a blue moon it’s actually fun, but really, we’re dealing with trial and error—particularly since most dates are strangers we’ve found online.

I, for one, am tired of seeing these five types come up in the dating pool:

Let’s get this one out of the way because we’re all tired of this guy. He just wants to get laid. He will say and do whatever it takes to make that happen. His whole life is about sex or about gaining attention from as many potential partners as he can. He is not dating material. He will never want to take us out for a nice evening or meet our friends and family. He’s not the type to do anything he doesn’t want to do, and his motivations are purely selfish. He wants a sexual relationship of some kind—IRL, virtual, phone or by text.

This is my personal cross to bear. I have met so many of these guys. They may come across initially as strong, intelligent, mature individuals, but the moment you catch a feeling of any kind, they will get the hell out of there like it’s contagious. They will not be there for you because it’s uncomfortable for them. They also won’t admit to any feeling other than anger. They don’t do sad. They shut down at any feeling that doesn’t fit into the category of happy or pissed. These guys aren’t reliable. They cannot Love us (capital L) because they aren’t quite sure that it fits into the happy category, which makes them pissed (their version of scared). I, for one, am done with this type of man.

Is it just me or does every other man complain about how busy he is? Even if he works less and has significantly less responsibility? I’m told that this is a way of impressing the ladies. Well, color us not impressed. All I’m hearing is that you have no work/life balance, which doesn’t say much for the future of any relationship. Hey, we all love a guy who works hard and is committed to building up security and taking care of himself, but there’s no need to turn your whole life into work. I’m not talking about people who genuinely enjoy their jobs: this is for the men who constantly complain about it like they have zero power in changing this.

A friend of my sister’s put it best: 30 is the new 13. How’s this? Well, once upon a time, men wanted to have a stable career, buy a house and have a wife and family. They wanted to be able to be financially independent and maybe collect a fun toy or two along the way. Now it seems that many men in the adult dating scene are more like boys. They spend their time playing video games and their money on hobbies. They aren’t saving any of that money and are often sitting on a pile of debt despite living in their parents’ basement or “garage apartment.” This guy is not one to think of treating his partner as good as he treats himself. His own pleasure and amusement will always come first, and yes, that means in the bedroom, too. This one can’t balance his checkbook much less find the G-spot.

This is a new one for me, but I have come across it so often lately. I’m tired of men explaining to me how I really feel. One even went so far as to explain feminism to me, a feminist. Apparently, everything I know about the experience of being female is wrong, said the white male so wrapped up in his privilege that he couldn’t even see how ignorant and offensive his comments would be to anyone with half a brain. The mansplainer is a blight on humanity and must be avoided at all costs. Or, for you brave souls out there, educated out of his mansplaining ways.

This list is specific to my experiences, but I think many people can relate to the frustrations of dating.

I’m sure there is a female version of this list out there, and I don’t pretend that the problem is solely down to men. I’ve even met or talked to many guys who seemed nice. Mature men. Men who can express emotions. Men who are capable of having a conversation sans the mansplaining. Men who are looking for more than just sex.

But there is a specific type of man that I think is worth waiting for.

This man never makes us wonder if we’re wanted. He lets us know that he’s interested. He doesn’t ignore our texts and phone calls or make bullsh*t excuses not to see us when he has free time. This man is interested in getting to know us. He doesn’t just want to know our physicality and the shallow, surface parts of ourselves. He wants to know what we hope for and dream of and the fears that we don’t often talk about or the insecurities that lie under that pretty surface. He wants to know our favorite flavor of ice cream but also who our oldest friend is and if he can meet that person.

This guy encourages us to be our best selves, and he supports our efforts—whether it’s running a half marathon or learning to crochet. And if we learn to crochet, he’ll wear whatever ugly scarf we make for him in our failed attempt to master the craft in a couple of days.

This guy can talk about feelings and also show them. He’s comfortable with the fact that we have feelings, too, and he lets us talk about them and show them. He listens, and he makes time for us to spend together no matter how busy he may be. He’s not perfect, and he’s not super boring. He’s interested and interesting, and he enjoys spending time with us. He’s out there somewhere, and he’s worth waiting for.

We’re not sitting around waiting for that phone to ring, but we’re also not going to start dating numbers one through five again just because we think there’s nothing else. We learn to avoid those men—the ones who take from us and never give anything but heartache in return. Instead, we look for that person for us—the one who does the one thing that we don’t even believe is possible right now and the one thing that makes him worth the wait:

He makes us believe in forever again.