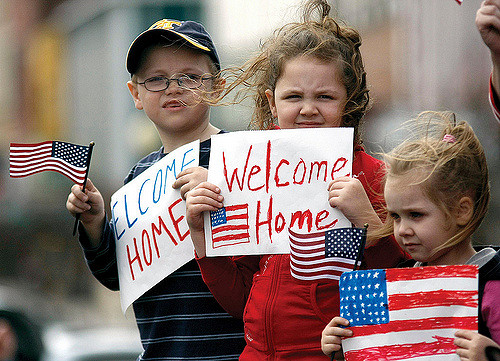 Facebook used to be a place where “friends” got together to exchange ideas, opinion and engage in discussion.

My personal Facebook page is my social media “home.” I behave in the same way there as I would in my actual home (or yours).

I invite you in to converse, give your opinion, exchange views and information, agree or disagree—always in a kind, respectful manner.

But today, our online “neighborhood” seems to be a place where we vent our anger at each other. We vomit venomous words and even threats as we pass by in the street. We shout insults out of the window and humiliate each other as sport from our front porches. Even the most basic level of civility seems to be a thing of the past.

And it’s gotten worse over the last 18 months of this presidential election.

What has happened to all of us?

We used to have one source of news we could all listen to and trust, whether it was Eric Sevareid, Huntley-Brinkley, Walter Cronkite or John Chancellor. These people came from dedicated news rooms where the news wasn’t a profit center at a network.

We trusted these moderators and journalists to objectively tell us the truth. They took pride in reporting the news with professionalism and integrity. They won Pulitzers and Peabody awards for their talents and efforts.

Then, with the advent of FOX News, MSNBC and their ilk, news became info-tainment, which was entertaining and often biased opinions mixed with some news. It was interesting and sure sounded like the truth because it was what some of the angriest of us wanted to believe was so. But the devil is in the details.

This type of news-ertainment show was highly profitable. Network executives realized that there was big money in pandering to a group of angry and disaffected people for ratings. And with the advent of social media, we graduated to entirely fake news, brought to you by your favorite special-interest group, lobbyist or corporate promoter.

We now have two sources of news.

On the one hand is factual news, sometimes with a liberal or conservative slant. On the other is extremist, “blame-everyone else” news that thrives on scapegoating and telling us our problems are all someone else’s fault.

We have become polarized.

These pandering media profiteers have created a large group of Americans who live in a bubble—an alternate reality where everyone else is to blame. Sadly, many of those people voted for Donald J. Trump as their next President. Trump was masterful at pandering to them and becoming one of them—he is their champion.

In recent elections (Bush vs. Gore, Obama vs. McCain or Obama vs. Romney), the candidates had different views but they and we still were able to be civil to each other. But over the past eight years, the disgruntled seem to have made their way into our Congress with the support of those living in the media-supported blame bubble. On top of this we’ve had eight years of an obstructionist Congress blocking the actions of a President who was elected with the majority of the vote.

This past presidential election has brought out the worst in many of us. We’re all desperate for change, in our different ways. For many people, Trump represented that change.

Social media, especially Facebook, provided us all with a platform to vent our frustrations and get ourselves, and everyone else, stirred up.

If the rhetoric online is anything to go by, Trump’s advocates do not care about really helping people by making sure that those who live in poverty have enough to eat; or that everyone has the health care they need; or ensuring education is more affordable for the young to improve themselves and be competitive in the 21st century.

Instead, it’s all about assigning blame for where we are personally and as a nation. It’s about character assassination and vilifying others (whether it’s Hillary or Obama). It ignores truth and reality, which brings us back to that obstructionist Congress refusing to negotiate and compromise in the interest of the people.

In the midst of all this upset, our country grows more ignorant and less informed, culminating nearly a month ago now in our first “fact-free” election. Feelings trumped truth, and our feelings are so extreme and violent we’ve become estranged from each other, and from any middle ground we share.

How can we become friends again, and not just by Facebook category?

I’m delighted to exchange conversation with those who have different views than mine, just as sharing the same beliefs and background as me is not a prerequisite to a warm welcome in my home. But, from this day forward, I will only engage further if you as civil and respectful as I promise to be with you.

Facebook is an amazing tool for communication and community. It should be fun, diverse, interesting and stimulating—even if we disagree with others, we can still feel like they are a good friend (with a strong opinion) who we’ve had a visit with.

And one more thing: let’s find and support trustworthy news sources with integrity who we can believe in. It’s our best chance at finding our shared truth again and coming together as fellow Americans and human beings.

If you’re curious to learn what your Horoscope says about your love relationships, and marriage prospects, as well as career, investments and health, order your customized personal report.

If you’re in love and want to find out if you’re really compatible for marriage (or partnership) with another person, go to the Free Love Compatibility Calculator and enter your birth date and theirs. And, if you want a customized report on your compatibility together, order your Love Compatibility Report.