How Generation X will Save the World. 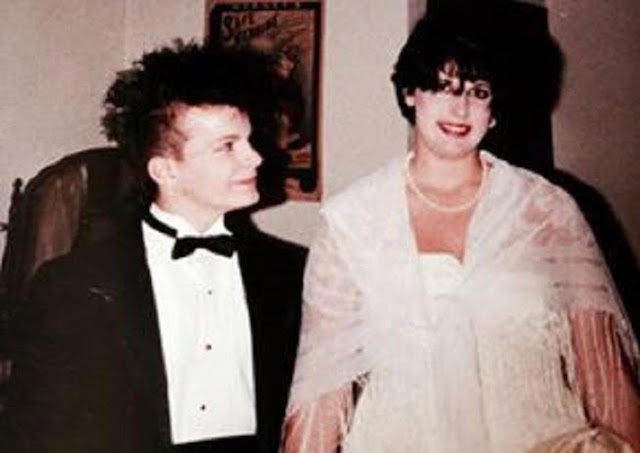 It was a strange time, and it filled me with great anxiety. We were all trying on who we were to see who we’d become.

But nuclear war loomed on the horizon.

The “Me Generation” quickly moved to the nexus of the Second Cold War.

By the early 1980s, we were all going to die in nuclear winter. We couldn’t escape the movies, the songs, the changes in our democracy. We became a militaristic culture, again.

The shift came in sharp contrast to the past two decades of peace, drugs, the end of the Vietnam War and the disco era.

Ronald Reagan became our president. (A television actor! How in the world did that happen? Could he lead us, or would we dive into the seventh ring of hell?)

How could or how would he rule the free world?

I turned to punk rock.

I wanted to somehow become active—to change the world, or at least my small part of it.

My friends and I spent time in the quiet of graveyards, waxing poetic on our mission. This came naturally to me, as it did to a few others in our tribe.

I realize the absurdity and the fun of us. But we were onto something. We were what was affectionately known as Generation X.

We came right after the Baby Boomers. We were young, we were kind of scary, we were the smallest generation to-date, and we really didn’t know what the hell we were doing, but we sure as hell felt that we would change the world.

Fast forward to this moment.

I have a distinct sense of déjà vu—the deep sensation that history is repeating—and this time, I hope that we are paying attention.

Instead of the immortal words of Ronald Reagan, “tear down this wall,” regarding the Berlin Wall, this time we’re hearing the echoes of a not-so-veiled racism and totalitarianism as those around us scream, “build the wall!”

A disruption occurred during my apprenticeship with elephant journal: Trump was elected as our next president.

The Cold War seems to be creeping up on us again.

A militarized police force has shown up on our streets. Black Lives Matter as they did with the Black Panthers of my youth. The earth has a right to live, as do the people who inhabit it, with clean air and clean water. The DAPL movement of North Dakota has shown us this, as did the Greenpeace movement of my childhood.

The last four months of my life, I have been immersed in the mindful life of elephant journal—a life of truth standing, source citing and authentic opinions.

As apprentice editors, we shared the radicalness of being present, of mindful words, of knowing what is happening in the world and sharing our mindful views with others. There was cited journalism, something that has been missing for the last few years. There was research and groundedness—all to be of benefit.

We shared the love of yoga and wellness, of animal rights and human rights. Together, and as individuals, we shared our loves and losses.

And, we differed in our ideas and opinions; it was acceptable, without fighting or shamefulness. We saw that it could be done, bringing strangers together from all over the world without fear.

I realized that the world was calling me again, urging me to not fall asleep for so long.

The world is calling out, screaming for us to show up.

It is up to us, the small Generation X—along with the Millennials and the Baby Boomers—to save this world. And we can. And we will.

Here are some ideas for making change I have gathered in my four months as an apprentice at elephant journal:

1. Be present. All the time. Sometimes it hurts to stay present. It sometimes feels like it’s easier to escape the pain or deadlines or effort, but the rewards for being present are profound.

2. Don’t propagate fake. Don’t share fake anything, whether it’s news, propped up versions of ourselves or blurry and softened versions of our truth.

3. Be real, show up, stand in our truth. If we keep leaning toward the easy answers, we will only get the ones willing to sell our souls for the best prices. That is not what life is about.

5. Be mindful with your money. Share it with groups, organizations and lifestyles that bring you peace. Working to know peace in our part of the world, when we are out in the greater world we can be authentic and of benefit.

6. Write it all out. Write morning pages or 750 words every morning, get that sh*t out, and carry a journal. Write down what moves you and gives you great pleasure or swift pain.

8. Listen. Be still and quiet and listen to what the new voices are sharing.

9. Be responsible. Strive to suit up and show up where we are needed. Pay attention, and be aware.

10. Make amazing friends. They will be the ones who help us through.

Not associating with fools,
Associating with the wise,
Honoring those worthy of honor;
This is the greatest blessing.
(Mangala Sutta [Sn 2.4] tr. John Kelly)

11. Love without the fear of being hurt.

Life is about showing up in the raw places, the pieces that fall apart as we touch them and bleed as we work to bandage them. It is, in so many ways, the same as it ever was, but we have a way to change that by showing up, being present, and loving ourselves and each other.

May we all be of benefit. 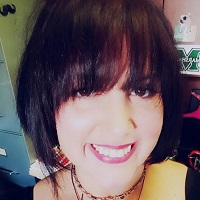