I Spent Nine Years in a Career that Bored Me.

I spent nine years in a career that bored me.

It hurts to even say that.

I had no idea that I could be so good at something and not actually love doing it.

What did I love?

I loved them for the ads. I loved how artistic and beautifully composed they could be.

As a teenager, I would carefully rip the best ads out of the September Vogue and wallpaper my bedroom with them.

As Editor-in-Chief of my high school yearbook, I realized that I loved putting words and pictures together on a page, and decided that I wanted to pursue advertising as a career.

I obsessed over clever commercials.

I read David Ogilvy’s book, Confessions of an Advertising Man. I fantasized about my future Big Important Job in a Big Important City.

And of course, after watching Thirtysomething, I imagined my future self writing catchy slogans and collaborating with an equally-talented graphic design partner.

So I found a private all-women’s college in Boston that offered a degree in Advertising.

And completed three internships before graduation instead of the one required. All at advertising agencies in Boston.

The third one—a full-time position during the second semester of senior year—happened because I intentionally finished courses early.

Give up senior spring break to assist preparations for a huge pitch at Reebok? Done.

Stay in a sketchy room, work ungodly hours, and fetch coffee for the whole agency while they worked on the pitch? Fine.

I didn’t care. I felt important.

But I was the first of my graduating friends to receive a job offer. Before graduation and for 15 percent more than their salary offers.

My sister and I moved into a suburban apartment, and suddenly I was Melanie Griffith in Working Girl, taking the commuter train into North Station and walking multiple blocks to the ad agency.

I’d made it, and it felt glamorous. At first.

The glitz and glamour of the illusion I had created in my head disappeared.

Maybe it started with the summer humidity that made me feel like a drowned rat by the time I arrived at the office.

Maybe it was when the phrase “rat race” became reality as thousands of us poured off the train and down the sidewalks all at the same time in our suits and sneakers.

Or perhaps it was the sobering experience of attending my first professional awards ceremony. And the executives with whom we worked side-by-side in our small agency ignored us junior professionals.

Whatever the reason, suddenly I didn’t want my career.

After years of focused action, that’s not an easy realization.

So as I sat in my gray cubicle in the hallway of the ad agency, I started day-dreaming about the mountains.

Now, I am not outdoorsy. At all. But something was calling me. My gut was telling me to move to the Rockies.

Employed less than a year, I handed in my notice and bought a one-way ticket to Colorado, where I planned to work on a dude ranch, have an illicit romance with a wrangler, and write the Great American Novel.

The dude ranch happened. But the Great American Novel? It was abandoned halfway through—for a boy.

And when the dude ranch job was over and the romance ended and it was time to get a “real” job again, what did I do?

I fell right back into safety.

Into what I knew.

Nine years of working in a successful career for companies I didn’t feel aligned with in positions that were completely unfulfilling.

So here’s the question: how do you stop?

When you’ve spent so much time investing in and planning for this career only to find that it’s not aligned at all with who you are, how do you make a change?

I listened to my gut when I left the ad agency and moved to Colorado. But after a year of fun, I let myself get sucked back in to what was expected of me. What I knew.

Even though I got suckered back into safety, my body never lied. If your back repeatedly goes out, ask why. If you develop IBS symptoms and you’re literally sick over a job, ask yourself why.

If I had consistently checked in and listened to my body all those years, I could have saved myself unimaginable amounts of stress, unhappiness, and co-pays at the doctor’s office.

2. Remember what you love.

This isn’t easy. But I remembered.

A college job in the career services office. I loved it.

Whenever students talked excitedly about dream jobs or worried about getting stuck in a crappy job, I just had to know more.

Talking to people and discovering what passions they would follow for free? I’d eat that sh*t up all day.

So what about you? What do you love? What overheard conversations do you invite yourself into? What bookstore aisle do you head to first? What websites are you obsessed with?

This is the hardest, scariest step—the one that stops people in their tracks.

Because, um, have you felt its magnitude?

We have sh*t to do! Bills to pay, college/retirement funds to save for, and lots of fear.

My leap was asking for a chance. I convinced a previous employer that my marketing skills were transferable to HR. She gave me a chance—for a substantial pay cut—which was scary as hell.

But you know what? I took that leap.

And then I invested my own money and got trained as a life and career coach.

Slowly but surely, I have created mindful work for myself that not only combines my love of careers, being of service to others, flexible work, and writing…

…but I get to do it from home, in my yoga pants.

And who could be bored in yoga pants? 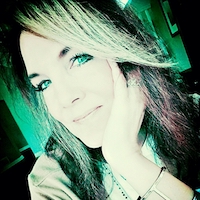