The Best way to Trust is to Trust. 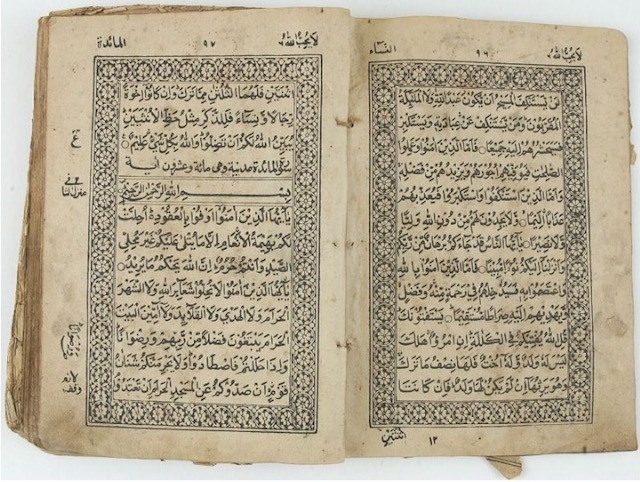 I arrived at the faith healer’s apartment a few minutes before my appointment. She opened the door and smiled—not in a creepy way, but pleasantly.

She looked more like a corporate executive than a faith healer, but her name was Shisha. She had strength in her eyes and a compelling aura about her.

We exchanged pleasantries and I entered the healing room. It was functional, the walls a fresh white interspersed with dashes of colour. A bookcase displayed works by Rumi and Kahlil Gibran, as well as books I had read on my self-discovery journey like Conversations with God by Neal Donald Walsh.

A thick white moquette covered the floor. Predictably, there was incense burning, and Yann Tiersen’s latest album, EUSA played in the background. The scent and sounds eased me into a peaceful but surreal place.

We sat facing each other, and she softly asked me why I’d come. I said that my mother had passed away 20 days ago and I didn’t know how to feel. She smiled and looked at me for a long time.

She dimmed the lights and asked me to get on the massage table. I lay on my back, and she whispered to me to close my eyes while she asked the divine for Reiki energy to flow through her. Within a few minutes, I fell into an in-between place; I wasn’t asleep, but I wasn’t awake either.

I could sense her bare hands hovering above my body. Energy flowed through her hands into my neck, throat, shoulders, stomach and legs. I felt heat and a tingling sensation throughout my body. After about 20 minutes, I started coughing violently. She asked me to sit up and gave me a glass of water to clear my throat. I then lay on my stomach for her to continue and fell into a deep sleep.

Her soft nudge woke me.

“Hope you’re feeling better,” she said. I slowly got up and came to sit in front of her. I drank a few sips of the hot green tea she offered. She asked me to describe what I felt, and I told her about the in-between place and the tingling sensations.

“When you coughed, there was something stuck in your throat chakra. It was a message that needed to come out to you,” she said.

“It was your mother, talking from the other side.”

“Your mother wanted to tell you to look up the story of Zachary in the Koran.”

“I’m not religious at all. I don’t believe in all those stories.”

“I’m just relaying the message, not asking you to become religious.”

Now I wanted to leave, but I wanted to be gentle about it. She was so calm and peaceful, and I just couldn’t be rude to a person like this.

“What does the story say?” I asked.

“I don’t know. All I know is that your mother wanted you to check the Koran she used to read every day. There’s a note with her handwriting that will explain the story of Zachary.”

She went on to explain how I should not avoid my emotions, but rather feel the pain of my mother’s passing. How I should have faith in the self-discovery path I’ve recently undertaken, which would be long but meaningful if I stayed true to it. If I had complete faith in myself and my new beliefs, then I would keep walking toward my true self, she said, looking straight at me.

On the way back to my father’s home, I Googled the story of Zachary. He was prominent in both the Bible and the Koran:

There was once a feeble old man named Zachary (Zachariah) who loved and feared God. He was Mary’s guardian. Mary’s devotion to God impressed Zachary, and he was amazed by the provisions he would find in her room. It is said that she would have the fruits of winter in the summer and the fruits of summer in the winter. When Zachary inquired about how Mary obtained the fruits, she replied that God the Sustainer had provided them.

Mary’s unwavering faith in God as the Provider opened Zachary’s eyes to a new concept: God is always there, and will give to his righteous slaves without limit.

So Zachary prayed to the Lord and asked for something “impossible.” He and his wife were very old, and the time for them to conceive a child had passed, but Zachary desired a son to continue the prophethood.

God responded immediately by granting Zachary, a son — John . This was no ordinary child; God created John to be righteous, wise, compassionate and free from sin.

Zachary asked for a sign, wondering how he would know that this miracle was really happening. God replied that he (Zachary) would lose the power of speech and have to communicate with signals. Instructed to remember and glorify God, Zachary emerged from his prayer unable to speak.

Later that day, I asked my dad for my mother’s Koran, the one she read diligently every morning for as long as I can remember. I opened it and carefully turned the pages. Right in the middle I saw a note folded in four. I opened it.

It was in Arabic and challenging for me to read, but I could easily make out the name — Zachary.

I felt shocked. Confused and afraid, I didn’t dare mention it to anyone.

A few months have passed since then. I’ve analysed it so much in my mind, and I’ve slowly started to believe that there are certain things we can’t rationalise. There are many things that science can’t prove. There are many questions we can’t answer, and yet we continue moving forward with our hypotheses.

“The best way to find out if you can trust somebody is to trust them.”  ~  Ernest Hemingway

I’ve looked at my life and the successes I’ve had:

Changing my company’s mission on a whim to focus on quality over revenue. Acknowledging this burning passion inside of me to write—and publishing articles within the year. Deciding to start running at age 46—and completing a half-marathon six months later. Sharing my thoughts on self-discovery with TEDx, and finding myself on stage within a few months.

There’s a common theme in all of this. My decisions were based not on logic, but rather on unwavering faith that I could accomplish them. I had inadvertently pushed aside my egoic, thinking mind and relied on instinct and faith. I had acted as if driven by some outside force.

I’ve come to understand what my mother was trying to tell me.

It’s time to have more faith in life. More faith in myself. More faith in a supreme being. It’s time to surrender to life and be more accepting. To live my ideologies whole-heartedly. To allow myself to have faith in the power of the unseen — the invisible. To let go of my self-imposed shackles that require everything to have a logical explanation.

She was telling me that the best way to find out if I can trust life and a supreme power—is to trust them.