5 Principles to Change Our Relationship to Money. 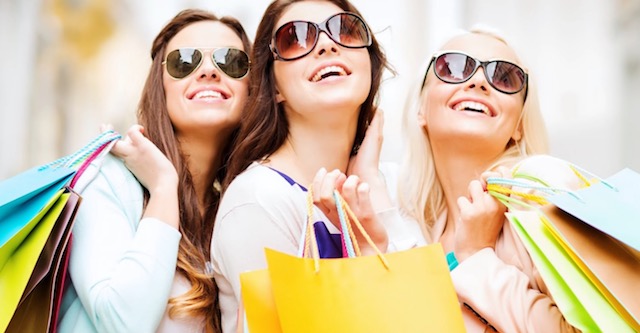 “When we relate to money properly, it is no longer a mere token of exchange or of abstract energy; it is also a discipline. No longer hooked by it as a medicine that has become a drug, we can deal with it in a practical, earthy way as a master deals with his tools.” ~ Chogyam Trungpa

Eight years ago, I got a call from the Rolex shop.

The DEEPSEA Sea-dweller watch I’d been eyeing had arrived, and I was to pay the balance and collect. I already owned four watches, and this was my fifth—all purchased within the past two years.

However, over the weeks prior to the call, I began to have some doubts. It all started innocently enough. I questioned whether I needed another costly watch. This then snowballed into an existential money crisis.

I put the watch on my wrist. It was rather heavy and looked too big for my hand. I felt a gnawing inside me, a heaviness in my chest and a mental nausea. It was similar to the feeling after a gluttonous bout of eating chocolate or Big Macs.

I didn’t feel good about owning another Rolex, even though I could afford it. I decided there and then to sell it back to the store, which readily accepted it. There were many customers for such an exclusive watch.

I then proceeded to get rid of my other four watches systematically.

I haven’t worn a watch since that day. I see the watch as a symbol of ostentatiousness—a way to tell others how much money we have.

I used to feel conflicted about money; I had this kind of love-hate relationship with it. One day I loved what it could give me, and another I abhorred it for the way people acted around it—what they would do for it.

My ongoing dualistic relationship with money stems from the fact that, as much as I know it is a powerful tool with lots of benefits, I’m also wary of its hold on me and how easily it can suck me into the hedonistic, materialistic, empty kind of life I once lived.

After giving away my watches, I started to examine what I could do to use money in a more meaningful way. I found that the line between using money as a tool and being enslaved by it is a thin and dangerous one.

These are the five principles that have helped me clarify and define that thin line:

1) Negative connotations and fear surround it.

“Most people are poor because of a fear of the evilness of money. That is just stupid.” ~ Robert Kiyosaki

We project many negative beliefs onto money. The religious ones fill us with guilt the second we start enjoying our hard-earned cash. The socialist ideologies plaster our eyes with images of hunger and starvation across the globe, urging us to feel guilty about our spending, rather than guiding us to be proactive in donating. The nouveau-riche show us an ugly, irresponsible culture that makes us cringe.

Money becomes stigmatised, and as such, much fear surrounds it.

Those who have money are afraid of losing it. They can’t imagine a life where they don’t live at an important address, go to the best restaurants and show off in the sexiest cars.

Those who don’t have it are afraid that they will never have it. They see themselves as not worthy enough to have money and what it brings. It affects their self-esteem, and things get progressively worse, leading them to adopt a scarcity mindset.

2) Money is a necessary tool, like food and water.

“Having money clearly takes the sting out of adversities.” ~ Time Magazine

We need enough money to meet our basic needs—food on the table, rent, kids’ schooling and welfare, insurance and medical.

Money is simply a means to an end. Many people are rich and miserable, while others who earn a dollar a day are happy. Conversely, some rich people are happy, and many needy individuals suffer great pain.

3) How (and not how much) we spend determines our well-being.

“Too many people spend money they haven’t earned, to buy things they don’t want, to impress people that they don’t like.” ~ Will Rogers

We are all different, and if we are true to our likes and dislikes and spend accordingly, that can determine our happiness. In these heady consumerist days, it’s often difficult to decide how we want to spend our money.

A new study by Cambridge University confirms that when we match our spending habits with our personalities, we are happiest.

For example, “conscientious” people spend more on health and fitness, while “agreeable” characters would like to donate to charities. And both types of personalities are happier when they spend in these characteristic ways.

After returning the Rolex watch, I used the money to help set up a small foundation to take care of impoverished kids. I needed something more meaningful in my life, and paying for the kids to go to school made my heart purr. The foundation started with seven kids and now has nearly 40.

4) Money doesn’t necessarily buy freedom—and could be its obstacle.

Most of us believe that money will give us freedom and independence. It could, but most of the time the only barrier to freedom is in our minds. It’s not money, but rather our limiting beliefs with which we grew up that stop us from breaking out of our comfortable and dependent lives.

Having more money usually means buying more “chains,” as James Altucher put it. The bigger house needs more maintenance and work. The third car means we have more cars than drivers. The many shoes to choose from drives our cortisol levels up, because we stress out with too much choice. Even when we do choose, we always feel like crap when we see the new “thing” on another person, which makes ours appear so out of season.

“Buying love is as stupid as loving money.” ~ Unknown

Lovers often buy gifts for each other when they have argued or messed up. A gift arrives after a frenzied argument. Smiles. Hugs. Kisses.

True, gifts can smooth things over and create a receptive atmosphere for dialogue, but they can never compensate for love and compassion.

It’s only when we experience true love and go through all its intricacies that we understand that fact. People who say that money can replace love don’t have issues with money—they have a problem with love.

I used to travel a lot, and I set up a branch of our business in a neighbouring country. I would miss a lot of quality time with my kids, and as compensation would bring back gifts. I found out later that though they were happy with the gifts, they would discard them within a few hours. They would later associate my not being there with gifts—rather than what I was trying to convey to them (that I loved them and missed them). Luckily, I became aware of this when they were still young, and thus did not allow such a misguided belief to grow in their minds.

We often complicate the meaning we give to money because of the importance the world has attached to it. Simply, money is a universal tool we can use to do what we want in life. It is not as evil as many would lead us to believe. It is also not the saviour many think.

Once we know what we want in life—and what we want to do with money—then it can become easier to navigate that thin line between being its master or its servant.