Break your Phone, Gain a Life. 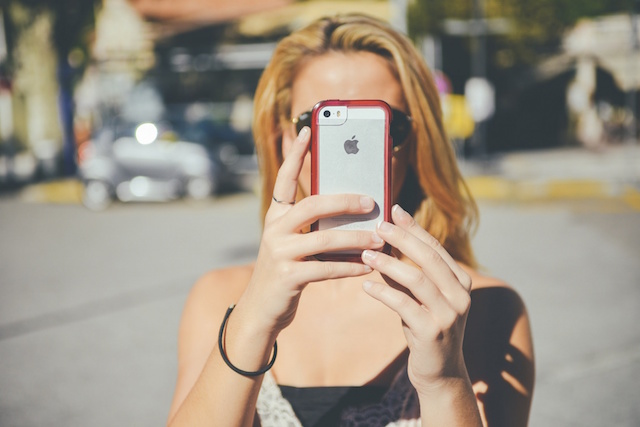 My iPhone bit the biscuit the other week.

Fried from the inside; its blue guts covered my touch screen.

I should have spent the day reading books and having coffee with a friend, but instead, I spent three hours in the telephone repair shop trying to bring my little apple-baby back to life. I could feel the irritation boil in my body. It was less than two years old and it was so expensive!

Me, the man behind the counter and the various phone representatives failed to resuscitate the lifeless gadget. It would need to be sent to the phone hospital, and I would sadly have to go without my right-hand-man for a few weeks.

Ugh—would you listen to that!

“My apple-baby, my right-hand-man.” It’s just a phone, Megan!

It’s not like you just waved goodbye to your husband from the other side of the glass as he boards a plane to Nairobi!

You see, the problem is that I had developed a habit in which I checked my phone countless times a day. I peed with it. Slept with it. I did pretty much everything with my hand-held companion—and I don’t think I’m the only one who does.

Numerous studies have been conducted in the past few years that document a strong connection between cellphone use and psychological issues such as depression. As a health care practitioner, I see the ages of clients getting younger and younger. More and more I see health issues such as diabetes, auto-immune disorders and sensitivities which are serious backlash to the underlying issues of stress and depression.

But it can’t be the fact that we have a cellphone. I mean, not everyone with a cellphone is depressed. So what is it about a cellphone that is so devastating to our health?

My answer: a lack of real, tangible and unedited relationships.

Do you put your phone on the table at dinner time, while at a meeting, or hanging out with your friends? Do you sleep with your phone by the bed and check it if you can’t sleep at night—or first thing when you wake up in the morning? Do you sit in the lunchroom, surrounded by colleagues, and not to say a single word to any of them?

When I sent my phone in for repairs, I realized how often I was guilty of doing these things. My auto-pilot hands reached for the phone when I woke up and felt for it on the table as I ate. Scrolling through my phone had become as autonomous as breathing. It had become all too often that my virtual life, replaced the here and now of real life.

In many instances, I have used my telephone to slice away awkward silences. You know, for instance, when you are at the restaurant waiting patiently for your friend to return from the loo—you take out your phone, skim Facebook, Instagram, and while you’re at it, you take a snap of your empty plate. But what about the interior of the restaurant or the feel of the chair you are sitting on? How is the lighting? Do you like the music playing in the background? I never took the time to notice.

Even worse, I’ve used my phone to avoid talking with others I don’t know so well. For instance, at a party that a friend brought you to in hopes of meeting new people. Instead of holding your head high, walking over and engaging in what these new, exciting humans have to say, you bow your head and retreat into your virtual reality.

Now I can hear the snickers and feel the eye-rolls. You’ve heard it all before. I know, and I’ll admit, it’s a record that’s been spun by more than a few DJs—but the epidemic numbers of lonely souls only seems to grow. Maybe that means it’s a message we still need to hear?

Three weeks have gone by that I have been without a telephone and what freedom I have felt! I have looked at the sky and kissed my husband good morning with intent, not hurry. I’ve filled my time with book pages rather than Facebook pages. I’ve decided that when the time comes that I am reassigned a new limb I plan on making a few modifications so it suits my new state of mind:

2. Get a real alarm clock—the phone can charge in the living room.

4. My phone is not allowed to join the party.

If I am with friends, family or even stranger,  I will soak in their realness. I will show respect to those I am with. The phone can take a nap in my coat pocket which I left hanging in the foyer.

5. I do not and will not answer quickly because it is expected of me.

I will decide when I answer emails, texts, and messages. Even if people wait a day, it’s still faster than snail mail.

Being present isn’t only something that should happen while we are meditating or standing in downward dog. Being present is something we can do in every moment. And though the cellphones, in many instances, have  made our lives easier, phones can also be downward spiral of camera angles and worthiness based on “likes.”

Real humans, real hugs and conversations—that’s where the healing begins. 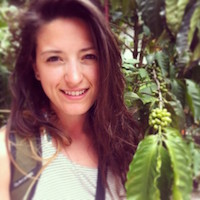