Breaking the Stigma: Therapists have Mental Health Issues Too. 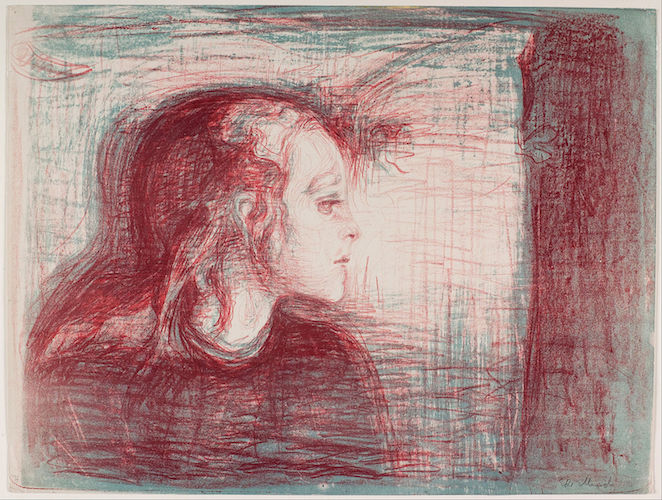 I saw my first therapist at the age of 14.

My mother took me there. My grandmother’s cancer had come back after a 30-year remission, and it didn’t look like she would survive it this time.

My mother had been dealing with her own health issues. She was showing symptoms of what the doctors would later diagnose as multiple system atrophy. The thought of losing both of them at that age terrified me.

There were other things going on like coming to terms with having a father who had schizophrenia. My mother sensed I needed support beyond what she could provide. The first session I had with a therapist I cried the entire time. I was deeply depressed, even at that young age. I remember vividly that first session and the feeling of being in such a hopeless place.

Several years later, I would go on to college and chose psychology as a major. I accumulated many years of work and life experience after that before making the decision to go back to school with the goal of becoming a therapist myself. At the time that I entered graduate school, I knew of no other therapist who openly admitted that they themselves had been diagnosed with mental illness.

With the profession seemingly shrouded in secrecy about such things, I was surprised to encounter a professor who “outed” herself my first semester. She revealed that she had been diagnosed with depression. It was mind-blowing for me that a teacher and former licensed professional counselor would be so candid and open herself up to such vulnerability. However, it seemed to me that she placed emphasis on the fact that she wasn’t practicing.

We as a society have become more open to hearing about mental health issues. Celebrities like Carrie Fisher and Robin Williams, Catherine Zeta-Jones and Demi Lovato have disclosed their own battles with mental illness.

Public discussions of mental health struggles normalize the experience of many. Everyday working professionals, some of whom have been very successful in life, have revealed that they too battle with mental illness.

A number of heavy hitters in the mental health field and health profession kick started a discourse about the time that I returned to school.

Psychologist Marsha Linehan, the creator of Dialectical Behavioral Therapy, disclosed that she had suffered from Borderline Personality Disorder. Professor Elyn Saks wrote her now famous book The Center Cannot Hold: My Journey Through Madness, in which she details the fact that she was hospitalized three times to the point of being put in restraints, because she was so floridly psychotic. She is now an Associate Dean and Professor of Law, Psychology, and Psychiatry at the University of Southern California Gould Law School.

Mark Vonnegut released his second book Just Like Someone Without Mental Illness Only More So. Son of a famous American novelist Kurt Vonnegut and diagnosed with Schizophrenia and Bipolar Disorder, he would later go on to become a Harvard educated pediatrician. There have been many other stories of recovery.

What I want to address is the expectations that therapists themselves must never have struggled with mental health issues.

Sure, we as therapists learn psychological tools and techniques. We have been asked to self-reflect. A lot of what I do is skills building and psycho-education. But let me be the first to say that I can be surrounded with all of this knowledge and at the same time struggle with some of the same issues that my clients have. Having the knowledge and awareness that cognitive distortions and negative core beliefs exist, doesn’t preclude me from being human and falling into unhelpful thinking patterns myself at times.

This journey called life, with all of its twists and turns, is one that I have to carefully navigate myself on a daily basis much like my clients, keeping in mind that the thoughts and meanings with which I ascribe each event pull me closer towards clarity of mind and peace or further away from it.

I am sparing in sessions with clients with what I choose to disclose about myself. Of course, I am not proposing here that therapists should tell their clients their life history or in any way make their client’s sessions about them. What I am suggesting is that for some of our clients to know that we too have struggled with mental health issues. In some sense our recovery could offer them hope and encouragement.

In our field we have peer specialists and substance abuse counselors who do that thing, reveal to their clients that they too have similar issues that they have struggled with. They do so to make themselves more relatable. They do so to decrease the shame of mental illness.

My hope for the future for mental health professionals is that we ourselves can begin to drop some of the stigma of mental illness by practicing greater authenticity within the profession and with our clients.

There is no sacred subspace of the work world that is protected from people and their issues related to mental health, least of which is the mental health field itself.

Some of us are drawn to this work because of the many issues we have had to face. Let counseling programs continue to do their job of vetting candidates. But let’s not prevent people from entering the field because of some notion that they have been too damaged in some sense to practice.

Monica Ross is a Licensed Professional Counselor with over 20 years of experience in corporate, government, academic, and nonprofit settings. She founded Empathic Psychotherap… Read full bio