How do you Measure a Life? 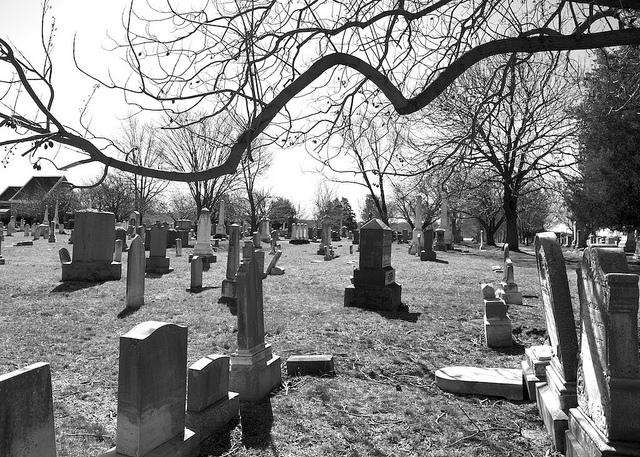 It’s a place where old men still tip a hand up from the steering wheel to greet oncoming traffic, where generations of families lay beside one another in solemn church cemeteries, where muddy dogs of indeterminate heritage roam free of human restraint.

And though it’s not the place where I was raised, it’s the place I have always called home.

On that gray Tuesday morning, I left before I should have. I’m not sure why. I suppose after so many years I just needed to go home. There was a time when this journey required travel over an ancient U.S. highway that meandered through small towns, where one drove alongside the rattle and whoosh of coal and log trucks spewing oily black diesel smoke from chrome exhaust pipes.

Today’s trip was mostly over a freshly paved stretch of interstate that delivered me to rural Alabama far more quickly than I had expected. Despite the sputtering rain, just a few days after Christmas, this was a peaceful journey, when most drivers were still enjoying their respite from daily commutes or other urgent matters.

Somewhere along my path the reassuring voice of my GPS urged me to exit the interstate and begin the final leg of my journey home—my journey back through time and memories. Eventually, I turned onto what had been a narrow kidney-rattling road that the county had once deemed paved. Wider now, the road was also adorned with bright yellow lines running down its center, cautioning me to stay to the right.

I had already passed the funeral home where she would be buried, where I would shortly be expected to share some words that might honor this woman who had meant so much to so many of us, in a place so many of my family had been so honored in the past. I hoped I was up to the task.

I rehearsed the words once more.

How do you measure a life?

As I pressed further into the pines, passing double-wide trailers and “stick-built” homes through which dim light and mild winds might easily pass, I drew closer to my father’s childhood home. Once nothing more than a log cabin, I passed the home in which I spent so many hours—the smell of coffee, frying bacon, and love were vivid in my memory, as was the sound of my slightly built grandmother’s continuous soft whistling. A two-car garage had supplanted the portion of the house that had once been a general store where both bodies and spirits found nourishment.

I neared the cemetery where she would be placed to rest, quietly mouthing the words.

Is it measured by the worldly riches we possess in this life? Surely not.

Stepping from my car, I noticed the giant oak tree that stood in front of the church. I imagined my father and his two brothers as boys, plotting their next adventure. I imagined my grandfather, his worn black, leather King James Bible in hand, climbing the steps to teach yet another Sunday School lesson. I saw my grandmother, while never losing track of her own boys, quietly encouraging a younger mother holding her infant child.

Or is a life measured by the achievements for which we might be admired? Achievements are often surpassed.

This entire morning had been incongruous—warmer than it should have been even for an Alabama December. The highways I had travelled were different, though the destination was somehow unchanged. After spending some quiet moments wandering the grounds of the New Canaan Baptist Church, I headed back to the funeral home, where tears and warm embraces would accompany sometimes awkward laughter. As if to punctuate the disparate emotions with which I struggled, I encountered three empty Amazon boxes blowing across the road. What a peculiar thing, these boxes. In a place where Christmas gifts were once purchased only after a 45-minute drive to town, often by parents of limited means, now FedEx and UPS deliver even here.

When the moment finally came, after the music had played and the preacher had said his words, I rose to face my family and the many friends who had gathered here to honor this woman—this mother, this aunt, this grandmother, this sister and friend. I had not expected to be overcome, to need to press back tears, but as I looked into the eyes of my family it happened. These were not tears of sorrow, but of gratitude for the woman and family I had the privilege of honoring—gratitude for home. And while I had struggled with the words more than a writer should, they came.

Perhaps a life is best measured by how someone makes us feel. In her presence I felt safe. I felt her kindness and her compassion. I felt her determination. In a time when I might have expected myself to be more, or when others surely did, in her presence, I felt like I was enough.

Long after our memories have left us unable to recall all the details of a life, we will never forget how someone made us feel.

Or perhaps a life is best measured in the stories we will tell one another about someone. Stories about kindness. Stories about humility. Or even perhaps stories of a well-deserved rebuke.

As I left my family that day—as I left home—I drove without turning on the radio. I switched off my phone. I wanted to be present, to be mindful of the gift this day had been. I wanted to feel all of its emotions. Sometime during the morning, the rain had stopped. I rolled down the window, wanting to feel the breeze on my face and hear the sound of tires rolling over the pavement, and to inhale deeply the scent of damp earth and trees since I was unsure of when I would be back.

And though I was returning to where I live, I was taking home with me. As I always have.