How our Cosmology Shapes our Identity. 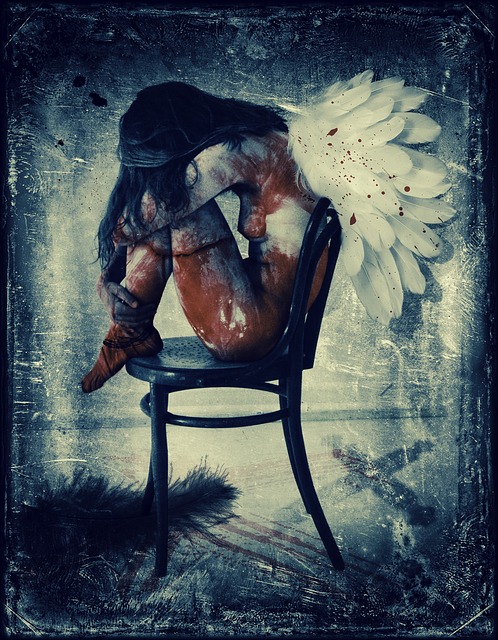 Often times people question me on my beliefs. From their perception, I have a nihilistic view and I don’t believe in anything.

This observation is in itself a biased statement which ignores the options inherent in the idea of “belief.” It is founded on the assumption or belief that you can only believe in one thing, so if you examine multiple perspectives for the sake of generating an intellectual dialogue you are coming to a zero-sum conclusion.

Categorical cosmology plays a role in disillusionment and disconnection of the individual from the whole, increases biases, and limits an individual’s ability to see a larger picture, while encouraging ego and self righteousness.

Categorical cosmology is an attempt to categorize people.

Example: “Are you atheist, theist or agnostic?”

Yet, without all three of these the other one wouldn’t exist. Thus, they are all different sides to one whole.

The limiting perspective of categorizing people based on a self-educated, conceptual filing cabinet is a dehumanized way of looking at the world, as it fails to acknowledge the infinite potential of individuals, as well as non-extremist or dual perspectives.

If we examine the universe, we can see that without one thing there would not be another. Without day there would be no night, without heat there would be no cold, without sadness there would be no joy. This observation is to point out that by focusing on one side of the coin and thinking it is superior, we are operating under an assumption that fails to honor the full cycle of reality, a reality in which one’s opposite is actually its equal.

There is a cultural chase to “figure everything out,” research everything through an ego-based scientific pursuit of trying to understand the world based on limited perceptions and tools of measurement that are only able to detect a fraction of the fullness of the reality we exist in.

A much more freeing perspective is to be comfortable with not knowing everything, without trying to intellectualize everything, as it takes away from the wholeness of our experience. In other words, much of the educational experience of life is experienced and linguistically obsolete.

Our cosmology or philosophical standpoints dictate what we may or may not consider acceptable.

Example: Based on our cosmology or philosophy, we might think it’s okay for a complete stranger to saw us open while we are unconscious on anesthesia and cut out our organs, even though we have no real idea who they are.

Based on our cosmology, we might think it’s okay to be the superior sex, race, or religion, and that anyone who is otherwise should be expunged. This is one example of how coming from a certain cosmology might influence a person to do horrible things.

I have to be the best mother possible because I have to raise children who will save the world.

I’m a yoga teacher who is spreading my message of heart felt yoga.

These are statements of self-identity that create a story, encourage arrogance and ego, and dictate how one compares themselves as distinct from others.

Essentially, everyone—regardless of belief—ends up thinking the same thing.

To be more specific in this context, ask the question:

“Tell me what you think you are?”

We will be met with a variety of answers that are all the generally the same, with one nuanced difference:

Meat suit with a soul.

Meat suit that has electricity but also has a soul.

Everyone agrees that this society is hierarchical, based on the beliefs that we are all meat suits, yet some part of us, depending on our belief system, is somehow separate or different and therefore assumes superiority.

Example: “Religion is stupid, we have science,” versus “Religion is restricted and causes violence on the planet but it’s all about your spiritual experience. You’re a spiritual being having a human experience.”

Regardless of the perspective in the above example, it is still coming from a place of superiority above others and placing oneself into a perspective that situates itself as The Perspective. This is a form of arrogance and entitled ignorance.

In short, we think we have life all dialed in, that we have the answers—but ironically this way of thinking entirely blocks and limits us from being able to obtain answers outside of this egocentric sand box.

Ideas worth emulating are more likely to come from simplicity, not complexity. This most commonly takes the form of rearranging the same material and calling it new.

For example, music. Most people learning to play guitar are repeating what other guitarists are playing and maybe making minor changes. Similarly, alternative spirituality and new age ideas are a product of rearranging old ideas and giving it a new style or look.

At a certain point, the effort to re-label, categorize, and spout new ideas that are actually old ideas is exhausting, ego-driven, and extremely obvious to anyone who has paid attention to these patterns. In a larger sense, it strips humanity of their individual ability to offer authentic contribution without mimicking learnt behavioral patterns of marketing, Western cultural appropriation, and overly-emphasized appraisal, while ignoring offering credit where credit is due.

In short, cosmology is in itself meaningless to a larger truth as it can lead to a disillusionment of self, through a dissociation of the individual to the whole, and takes one further from their true nature.

Lastly, it potentiates biases, -isms, and a stagnant perception of the universe which only limits the person from seeing multiple truths as they relate to the whole.