How to Live Vibrantly when Adversity Strikes. 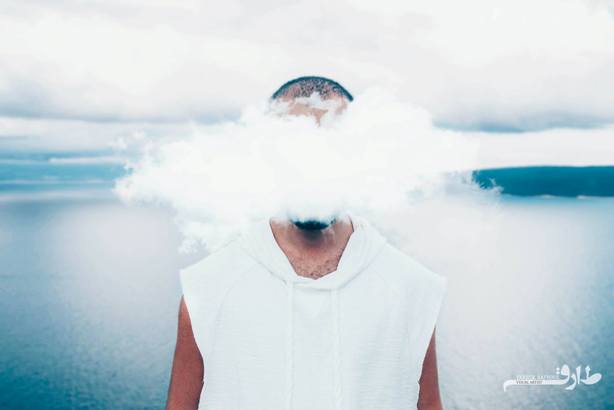 Have you ever had a moment of clarity in the midst of either real or perceived chaos in your life?

A moment where hopelessness, or despair, or sickness, or exhaustion vanish suddenly and unexpectedly? Almost as if, as far as the eye can see, the sky has been blackened in every direction by a storm?

And then, suddenly, right as you begin the process of spiritually and mentally preparing yourself for the oncoming thunder, the clouds break, the light comes through, and within that light, you realize that there may not even be a storm at all.

I had that moment yesterday.

It manifested itself in the form of music. But before we get there, I think we could all benefit from a bit of back-story.

The summer hadn’t been the smoothest sailing for me. I’ve been dealing with the ending of a broken relationship, and having to face the reality of the mistakes I made that put me in such a position. I’ve had to re-teach myself how to be lonely yet content, and how to not push too hard, to let things come to me.

Once again, I found myself in a position in which the foundation of the castle I had built couldn’t hold up the structure. It seems that when it comes to observing any foundation, I am consistently blinded by the bells and whistles that are offered. Clearly, construction is not my cup of tea, but I digress.

Three days ago, I was hit with some news that changed everything. My closest friend’s mother was diagnosed with stage three breast cancer.

This is a woman who, upon meeting in the fourth grade, opened her home to me the same day I beat her son up on the kickball field. He had challenged me for the hand of a girl on the monkey bars we both liked. And so, it was in the principal’s office, both of us battered after the scuffle, that our story began. Sitting side by side as the principal took both our mothers into another room to discuss the events, he and I realized we shared a common interest in video games. It has been 17 years since that day, and he and I have been nearly inseparable since. His family has become mine, and mine his.

When I heard of the diagnosis, I didn’t feel like a stranger from the outside looking in—I might as well have been in that hospital room with them.

Two days ago, I took off out of town to be with my friend during those first moments of carrying the weight of this news. I remember driving along a highway I had crossed more times than I could count, and for the first time ever, I had no idea what was waiting for me at the end. I didn’t know the mood he would be in, where his spirit would be. I had to use the time it took to get there to prepare myself for absolutely anything.

When I finally arrived, he was cleaning frantically. He was halfway moved into a new home and especially in this particular moment—with his mother’s cancer diagnosis—the chaos created by being somewhere halfway just would not do.

It reminded me of how, after my ex girlfriend and I parted ways, I came home and cleaned the entire house. It’s so interesting to me that, when the going gets tough, a common reaction to the first initial push of adversity is to focus on the physical space where we spend most of our time. Like a bird fussing over a nest, or a bear over a den.

I helped him when I could, and stood out of the way when I thought I should. With this strategy, we got the entire home cleaned and all of his things properly moved.

After this was done, he started the party—in the way only he knew how.

The rest of that day melded into night. The party came to an abrupt and violent stop the next morning when I felt as though I was so hungover, I might die. The next day seemed to drag on. I changed positions from the couch, to the floor, to the front porch, all in hope of finding something, anything, to help me feel better.

And then, as if on cue, in only the unique way that he can, my best friend delivered what I was looking for. He picked up a guitar and started playing.

Then, his buddy picked up a guitar and did the same. With the music beginning to roll, my ears perked up, and I began to sing. I rapped things we’ve written together before, and freestyled things I didn’t even know I could. Our music grew so big, and so loud, that the home we had made the day before was no longer big enough to contain it. We spilled forth onto the front porch, trading guitars, songs, and stories between the four musicians that were present, banging with drum sticks on drum pads, wooden railings, and pillars for different sounds. The home itself became another singer in the chorus we were creating.

It was in this moment, among friends, with laughter and music, that time stood still, the clouds parted, and I realized there was only ever a storm because I chose to allow it.

Adversity is not a choice. Things will come up in this life that are hard, and unexpected, and inconvenient. But what is a choice, is how we let it affect us. For almost that entire summer, I had been silent and brooding over the loss of a relationship that lasted a total of six months. But my friend, who’d just found out his mother had cancer, you know what he did? Laughed. Sung. Played music. Banged sticks on the house. Grooved. Moved. Ran. Jumped. Screamed. Lived.

Of course it’s going to be hard. And there is going to be a fight ahead for both of us. But this man knows that in everything, there is choice. And when most would choose like I have for the past couple weeks—to stay silent, curl up within themselves, and try to disappear—he has chosen to sing louder, play harder, live more vibrantly, and make his presence felt.

Because of the choices he made, my silence has ended, and the storm is over. 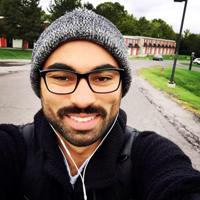