How to Stop Manipulating your Partner & get your Sexual Groove Back. 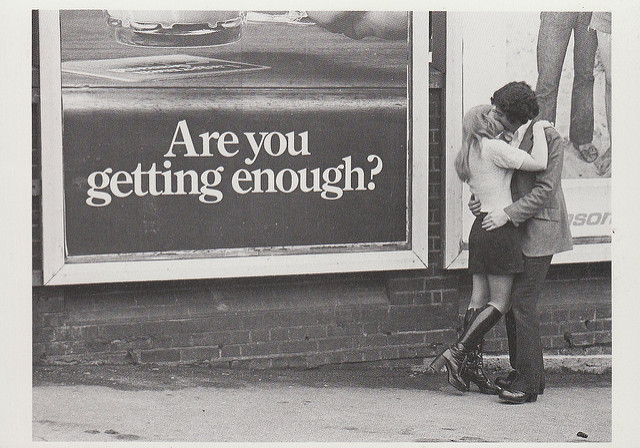 “She never wants to have sex,” a client says, obviously angry about much more than sex.

“He wants sex all the time,” an attractive woman reports. She is so busy with two kids that her husband feels like her third, needy kid.

Is there a right number of times to have sex?

In the old nursery rhyme, Papa Bear said, “We aren’t having enough sex.”

Mama Bear said, “We are having too much sex.”

And Baby Bear said, “We are having just the right amount of sex.”

Baby Bear wasn’t having sex of course, but he said that about everything, and in that lies a little revelation for us all about sex and other optional practices between lovers and others.

If we aren’t happy with the numbers, then adopt the position that the numbers don’t matter.

It’s that easy. Or, if we are happy with the numbers, then flaunt them.

While most people have already gone through their “Words with Friends Phase” I discovered the game two weeks ago.

My friend Rick introduced me to the game, and one of the first things I did is challenge my college-age son to a game. He plays shoot’em up video games like crazy, so as his goofy dad, I imagined that a word game might somehow improve his lot in life and fulfill his gaming needs too.

He resisted, which I have learned is part of our dance together. But then he later adopted the game, which is often our next dance step. I knew that I would be better than him at the game, so while I did really want to beat my friend Rick, I didn’t want to beat my son—or at least, I wanted  games so close that they didn’t demoralize him.

Have any of you with kids, lovers, friends or others found yourself in a similar spot, trying to engineer interest in them by manipulating outcomes. If so, please stop, now and forever—it is patronizing, pathetic and never the least bit hot or sexy.

It took exactly three games for my son to “catch on.” It turns out that his time gaming on the web has honed the gift he uses to get all A’s in college. He figures out what the game is and then games the game. His scores in Words with Friends are now 400 and above, while I have never even topped much over 300. Rick and I wrestle for superiority in the 200s and low 300s. In short, my son is a gifted player, and he just needed to play.

When it comes to sex, each of us is a gifted player, and we just need to discover how to tempt ourselves into expending the time and pleasure that we often don’t think we can afford or deserve to surrender to our deeper abilities and desires.

I was trying to manipulate Words with Friends so my son would like it, want to play and perhaps derive some benefit from it. Many clients I  work with are trying to do that very thing with sex. The are trying to please both themselves and their partner, but they are going about it arse-backwards.

I’m not talking about doggie-style sex either. I am talking about that they are focusing their attention on the numbers rather than their partners needs, desires and libido.

There is no number of times per week or month that is going to please anybody.

Too many of us become accountants when it comes to sex. We measure goodness by frequency, and that just isn’t the way to do it.

If sex has to be judged, and I’m hoping it doesn’t often, then it ought to be by evolution and quality, not quantity.

Better sex usually isn’t about sex at all. It is about better love, more closeness, hot snuggling and even who does the dishes.

Men often divorce sex from the context of life, while women very seldom do.

Putting sex where it belongs, as one of many things that does or doesn’t get done in a day, provides a powerful perspective. There is a link between helping out with housework and getting laid. There may be a correlation between income and bountiful sex too. If the two of you are twisting in the financial breeze trying to make ends meet, then there isn’t enough abundance around to inspire sexual play.

Sex shows up more often in the belly of abundance than it ever does when the survival urge is being threatened by too much to do or too little money to do it.

Sex by the numbers isn’t good sex. While there may be some accountants who are good lovers, they aren’t, as a whole, renown for their ability in the bedroom. While there might be many causes of that, an important one is that one thing that shouldn’t surround the idea of sex—unless it is to fend off premature ejaculation—is rolling numbers around in our heads.

Cooperation is an often overlooked aphrodisiac, and it’s one of the best there is because it makes life much better and good sex more likely.