I Have No Idea What the F*ck I’m Doing. {Adult} 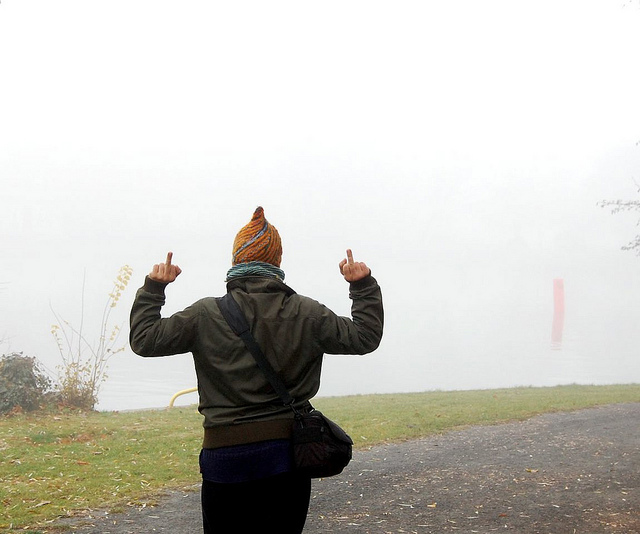 *Heads Up! Strong language beginning with “F” below!*

“You have the right to change your story.” ~ Sam Egube

Supposedly, adults are supposed to know what all of this means.

We’re supposed to have plans, and agendas to keep. We should have goals, and generally, it seems we should know what we’re doing with our lives.

But, what if the not knowing was actually the plan?

I’m tired of thinking that I have this adulting, life situation figured out—because I don’t. Yet, I have never felt more at peace.

Growing up, I was always asked about my plans (What would I be when I grew up? Would I get married? Have children? Where would I live?) as if the answer to any of these questions could somehow describe the life that God had planned for me.

The reality is that most adults I have talked with have no idea what the fuck they’re doing.

They don’t. Not even a little.

But the really interesting part is that the more we don’t know what we’re doing, the more we actually leave room for the doing itself. When we fill our lives with those things that, as adults, we should be doing, we end up living someone else’s life.

If we aren’t walking our own path, we end up living like those before us.

And I wasn’t born to do that.

I tried hard to fit into someone else’s mold, but it always seemed a little too restrictive for my spirit.

One day, I finally realized that the only way to truly be happy was to live life on my terms.

Not someone else’s, not my parents, not my friends, not anyone else’s who thinks they have a stake in what I do.

There’s a gift that comes from giving up the charade of pretending we know what any of this means: by saying we don’t know, we really mean that we’re finally ready to find out.

The day that I breathed deep and finally admitted that I didn’t know where this life as leading me was the day I started to live.

I have ambition, but that doesn’t mean I see where my road is taking me.

I desire love, but that doesn’t mean I know what it will look like when it’s meant for me.

I have given in to the not knowing.

I have realized that those who make plans often find themselves disappointed, and so, while I am only ever moving forward in this life, I also like to leave the ending up to a greater force than myself.

Perhaps we aren’t meant to know the ending of our story.

I’ve come to believe that the most interesting people don’t have any idea what they’re doing.

They listen to their hearts and stay up late counting stars. They kiss like it would be torture not to, and they let their mind be pulled in the direction of the universe. They smile more and appreciate the smallest gestures, because they know life doesn’t come with guarantees.

Those who don’t know what the fuck they’re doing are actually saying that they have too much faith to think their limited comprehension of fate can somehow define who they will end up becoming.

It’s much easier to fake being an adult.

We dress in our well-tailored clothes and drive our SUVs to jobs that provide stable paychecks. We shuttle kids from soccer to dance and back home again, and in between it all we forget if this is anything like the life we had once envisioned.

And perhaps it is for some, but this life isn’t one-size-fits-all. As many people as that life may fit, there are just as many whose breath seems to weaken as they try to remember who they were before they started being who they thought they should be.

My issue is that I want it all.

I want stability from knowing that there is someone out there who will have my back until the end of time, yet I also can’t say for sure what that life would look like. At times, it might be dinners in front of a roaring fire, but at others, it might be midnight walks in the falling snow just so I could show him what the world looked like when everyone else was sleeping.

I want to laugh, but I want to blow my own heart open so far that it never can go back to its old dimensions.

And as much as I need comfort, I want passion too. I want that crazy, knock-me-down-on-my-knees kind of feeling that will still make my legs tremble 20 years from now.

So, maybe I don’t know what the fuck I’m doing—but something tells me I’m on the right track.

By giving up the game, I’ve begun to listen to my heart more. I no longer have that list of things I need to do, because I’ve realized that this beautiful life is too short to do anything but what makes me happy.

And maybe I change my mind too much, and perhaps I’m seen as crazy by some. Maybe it just seems like I don’t know what I want, and maybe some think that I’m lost even to myself.

But in reality, I’m just a woman who has learned to never give up on her dreams—no matter how far-fetched they may seem.