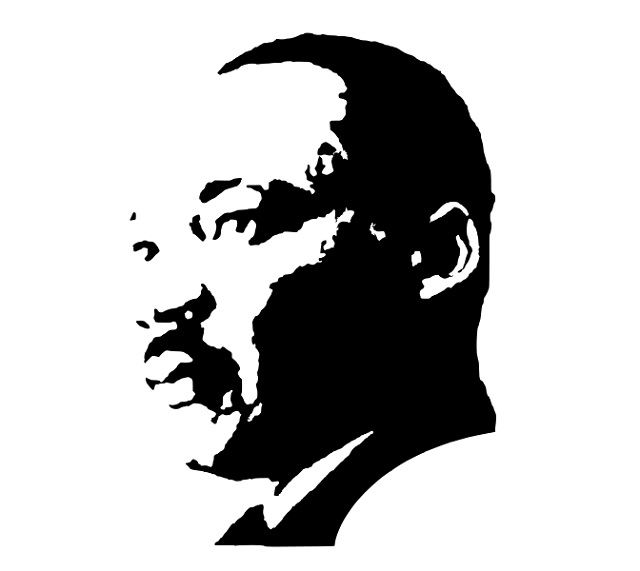 Every year I share a post honoring Martin Luther King Jr.’s enormous impact on the trajectory of mankind.

His life is a chapter unto itself in the American story. King is a figure so crucial to American history that he could rightfully be thought of as a founding father.

I also try to share an element of King’s legacy that I think is both inspiring and timely.

This year, the timeliness of King’s message is obvious and deeply needed. King spoke to us on many different levels. First, he was non-violent, but did not avoid confrontation. He affirmed our moral responsibility to speak truth to power with both his words and his actions. And with Donald Trump soon-to-be in the White House, the health and maintenance of our democracy depends upon our willingness to accept that responsibility. “In the end,” King says, “we will remember not the words of our enemies, but the silence of our friends.”

King did not hide behind a pacifist or religious veneer. To the contrary, he wrote in Letter From a Birmingham Jail:

Now is not the time to be silent. It is not the time to smile and look the other way. Now is the time “for nonviolent gadflies to create the kind of tension in society that will help men rise from the dark depths of prejudice and racism to majestic heights of understanding and brotherhood.” Yes, it is easy to keep quiet, to avoid the uncomfortable conversation, but King encourages us to create intellectual and moral tension, to have the arguments and keep injustices before the eye of the nation, never letting them slip into the recesses of moral apathy and intellectual laziness.

King’s contribution to civil rights and non-violent resistance monopolizes his legacy. And while his contribution in that arena is monumental, King’s legacy as a spiritual teacher should not be overlooked.

After hundreds of years of slavery, social and economic injustice, resentment and animosity were surely brewing in the minds and hearts of many African-Americans. And successfully guiding hundreds of thousands of men and women through a non-violent movement that transformed their resentment and animosity into love and creativity requires a tremendous amount of wisdom and patience.

King knew that resentment and animosity were poisons that would not only compromise the movement, but if left untreated, would corrupt the individual’s spirit. So King “decided to undertake a process of self purification,” he writes in his autobiography. “We began a series of workshops on nonviolence, and we repeatedly asked ourselves: Are you able to accept blows without retaliating? Are you able to endure the ordeal of jail?”

King knew that you do not address injustices—particularly those that arouse bitterness within yourself—until you have first removed the plank from your eye. All too often religious and spiritual leaders, like those he addresses in Letter From a Birmingham Jail, use bible verses like Matthew 7:5 as an excuse to avoid the difficult conversations and the uncomfortable work of self-examination. Matthew 7:5 says, “First take the plank out of your own eye, and then you will see clearly to remove the speck from your brother’s eye.”

Notice it says, “first.” King saw this verse not as call to keep quiet, but as invitation to “undertake a process of self-purification.”

In his farewell address, President Barack Obama reminded us of the importance the office of citizen holds in our democracy. And with the inauguration of Trump on the horizon, King’s uncompromising moral character, his commitment to truth, love, and nonviolence, and his ever-hopeful vision of the future is a timely and desperately needed reminder of the potential that office holds.

I pray that we all aspire to embody the office of citizen in the way that King did.

“I Have a Dream” speech:

Bonus video: King’s speech in my hometown of Shreveport, LA: