The 6 Best Spiritual Teachings of Wayne Dyer to help us Get Over Ourselves. 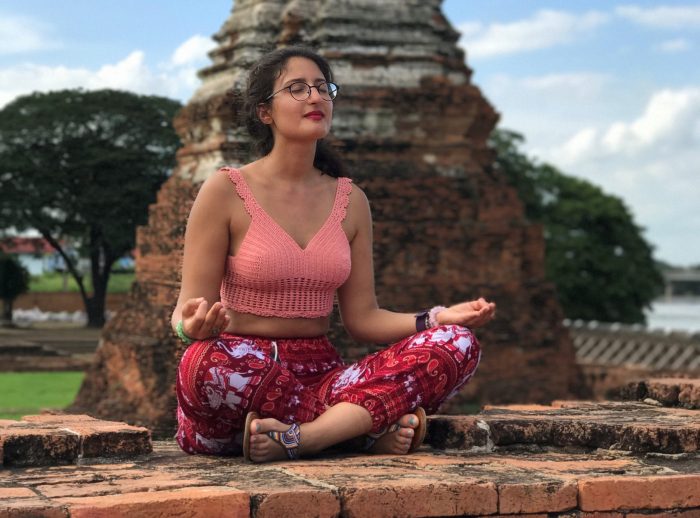 It was six months after I separated from my ex-husband that I met Wayne Dyer for the first time.

He spoke at a World Summit in Pasadena, California and I was absolutely transfixed from the moment he stepped on stage.

Wayne was powerful beyond measure, as anyone familiar with his work knows. He had a candid, no nonsense way about him and infused some of the most profound teachings I heard that day with a heaping dose of humor.

I didn’t realize until recently, while poring through a journal of notes from his workshop, how his spiritual teachings have become a part of who I am today. They helped me release old patterns of behavior that had created anguish in my life and taught me the proper way to love somebody.

With that, I share with you the six most impactful teachings this brilliantly insightful and inspiring man shared with thousands of people that day. These are the ones that transformed me from the broken-hearted, shattered woman I was at that moment in my life into the strong, compassionate and empowered woman I believe I am today:

1. “How people treat you is their karma. How you react is yours.” I have seen the way that karma works in this lifetime and I know that everything we put out into the world comes back to us in some form. Because of that, no matter how poorly or unfairly I believe I’m being treated by someone, I will not, and I repeat, will not allow it to get the best of me.

I strive to either not react at all, or to find it within myself to treat those people with as much kindness and consideration as I can muster, even when it hurts and even when I feel they don’t deserve it.

2. “Everything that has happened to you is either an opportunity to grow or an obstacle to prevent you from growing. You get to choose.” Anytime I found myself saying, “Why does this keep happening to me?” I realized that the universe was just serving up another helping of “soul growth” for me to swallow. I started asking myself, “What am I supposed to see here that I’m not seeing?” and “What can I learn from this?”

I can honestly say I wouldn’t trade one crappy, challenging or difficult experience I’ve had for the amount of growth I’ve experienced the past few years. It’s expanded me in ways I never thought possible.

3. “Anytime you start a sentence with I am, you are creating what you are and what you want to be.” I used to tell people, “I’m a single mom” until a sassy, uber confident single mom friend said to me, “You are not a single mom…you’re a mom. Period.”

I saw the power of my own words and started infusing them with intention. So instead of telling people, “I like to write,” I started saying, “I’m a writer.” Instead of responding, “I’m hanging in there,” when I was having a bad day, I started saying, “I’m feeling challenged today but I’m awesome.” Because no matter what I was feeling, I realized that whatever I believed about myself, I manifested. So why not manifest what I wanted to be with my words?

4. “If you meet someone whose soul is not aligned with yours, send them love and move along.” Dating and relationships can be incredibly difficult, especially after our hearts have been broken. At times I found myself in a place where I wanted our relationship to be something more and the person I was dating didn’t. Other times he wanted it to be something more and I didn’t.

No matter where I’ve been at or where the other person was, I’ve learned to not take anything personally. Sometimes our souls just aren’t in alignment with someone else’s when our paths cross and we have no choice but to wish them well and move on. It’s been one of the tougher lessons I’ve had to learn and accept.

5. “Peace is the result of training your mind to process life as it is, rather than as you think it should be.” Most people going through a breakup, a divorce, the loss of a job or the death of someone close to them suffer more than they need to simply because they can’t accept what is.

I spent at least a year telling anyone who would listen, “It shouldn’t be like this. How did my life end up here?”

You know what? It was what it was and as soon as I convinced myself that this is where my life was supposed to be, whether I liked it or not, the sooner I found peace. Now I actually like my life exactly as it is!

6. “Love is the ability and willingness to allow those you care about to be what they choose for themselves without any insistence that they satisfy you.” I learned this recently. A man who said he loved me let me go in the most graceful, accepting and beautiful way simply by allowing me to be where I’m at instead of where he wanted me to be. He demonstrated what true, pure and mature love is and in turn, I know I now have a responsibility to do the same for anyone I love in the future.

So today I thank him…and my dear friend and mentor, Wayne Dyer for the lessons.